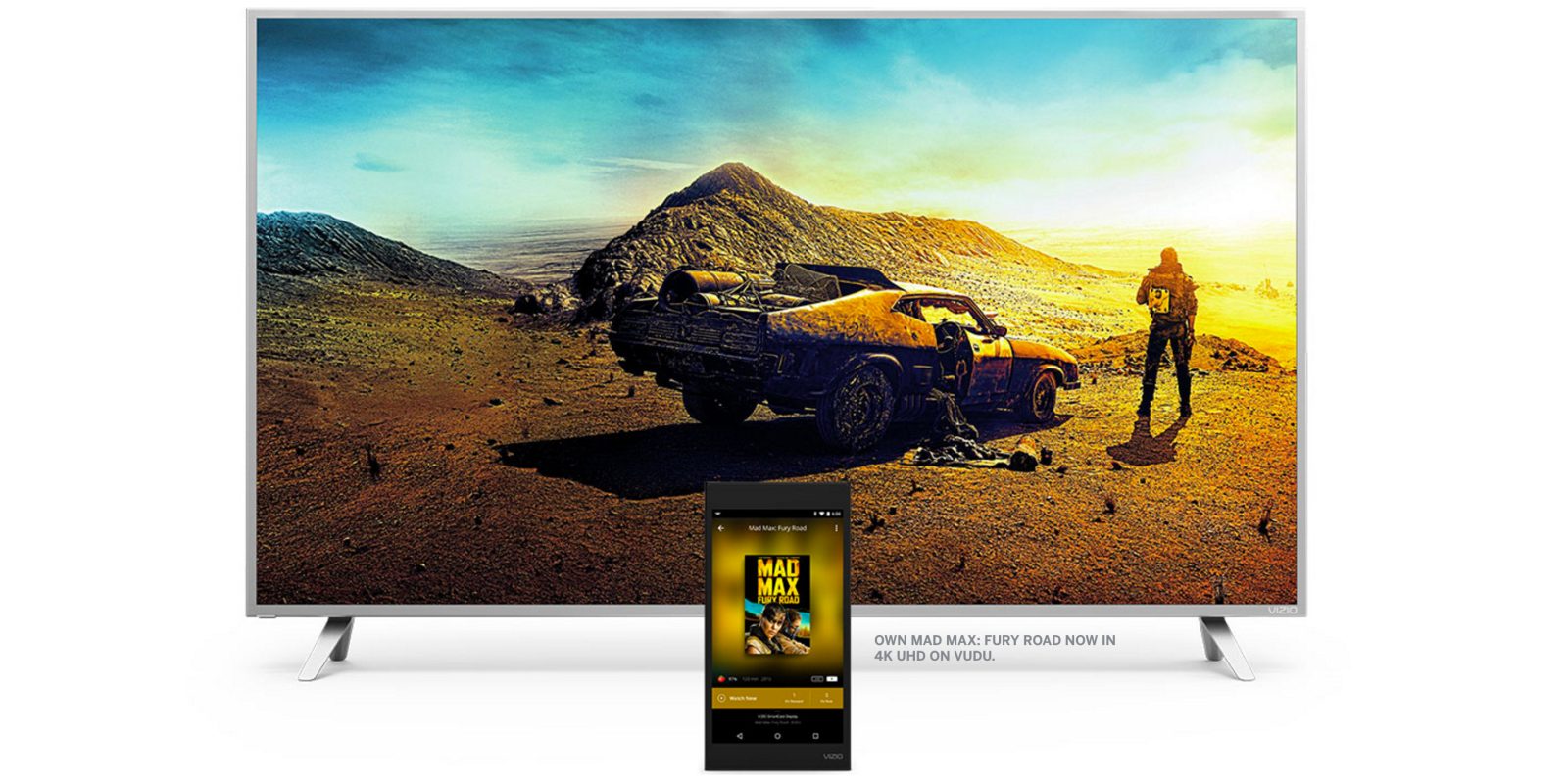 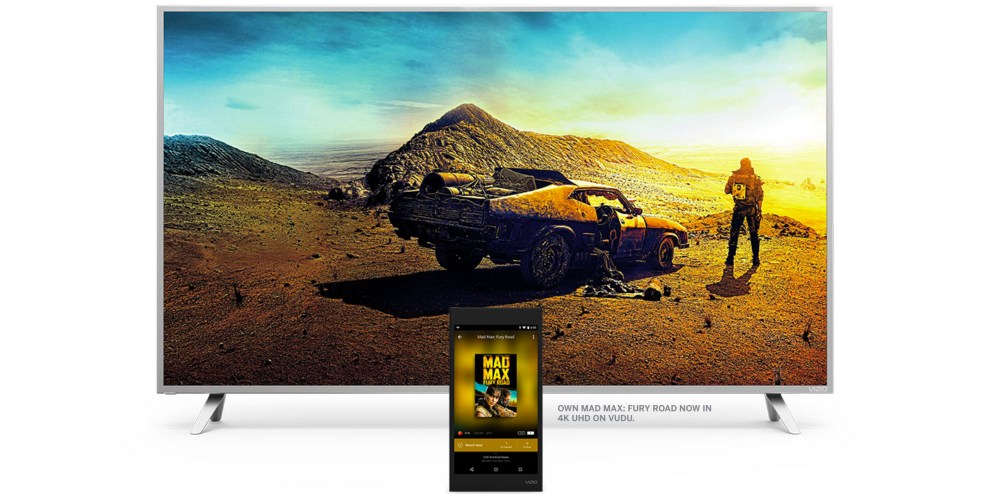 VIZIO first introduced its P-Series line of 4K Ultra HDTVs nearly a year ago with a release that bridged the gap between its budget and high-end offerings. Unfortunately, those models didn’t do much to move the needle. Fast forward to today, VIZIO has made a splash with refreshed models that are gunning for the title of this year’s top mainstream 4K option. Aside from new Google Cast supported features, this Ultra HDTV is loaded with specs at an attractive price point…

Initially, the issue with the P-Series was its ambiguity within the VIZIO family. It was largely just an average 4K set that was being undercut in prices by imports from brands like Seiki and Changhong. As VIZIO made a move into the high-end space with its Reference Series, technology like HDR was able to migrate down to today’s new line.

Most notably is the inclusion of Dolby Vision HDR compatibility and Wide Color Gamut. Both are features previous reserved for TVs at a much higher price point. Marry those additions with 4K resolution and VIZIO has created a TV ready for today’s top Ultra HD content. There is built-in support for Netflix HDR content as well as access to Vudu’s catalog.

The P-Series has 100% full-array backlighting that varies slightly depending on the display size. The larger 65- and 75-inch variations are the beneficiary of 128 zones of local dimming while the smaller models drop to 126. Thankfully, each size will sport VIZIO’s Clear Action 960 refresh rate which translates to 120Hz natively and five HDMI inputs. 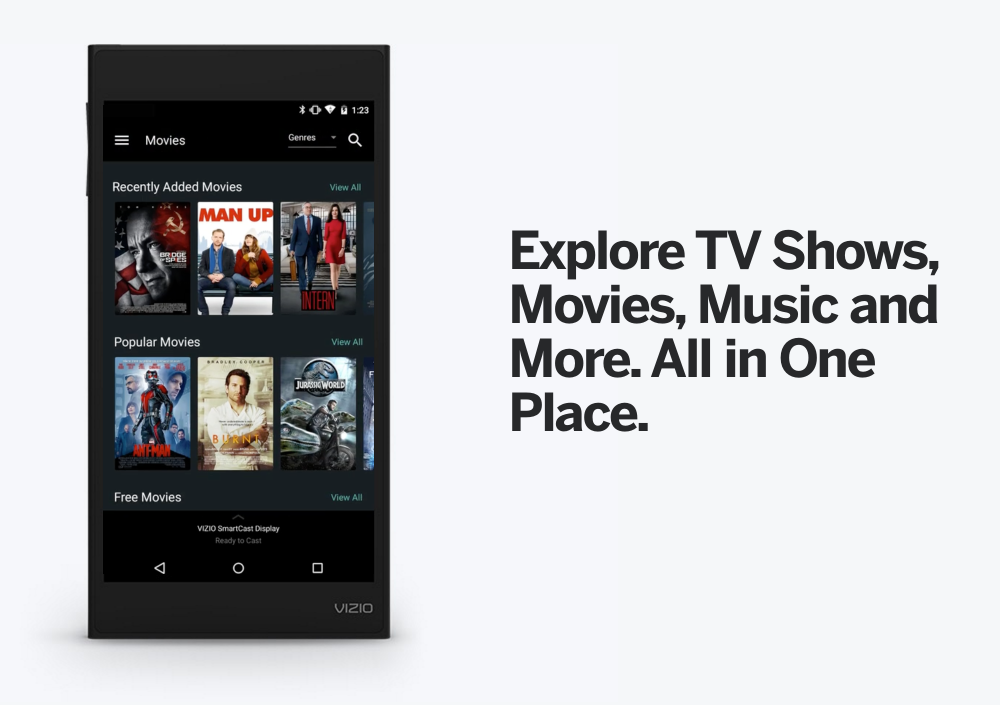 Back to its smart functionality, VIZIO made the move to include Google Cast on this new line. It dumped the previous interface in favor of smartphone connectivity and an established ecosystem. We fully detailed the changes to Google’s mirroring technology this morning, if you’d like more information on this subject. Each VIZIO P-Series UHDTV will ship with a 6-inch Android tablet that runs the Lolipop operating system. It pairs via Bluetooth LE and works as a remote. 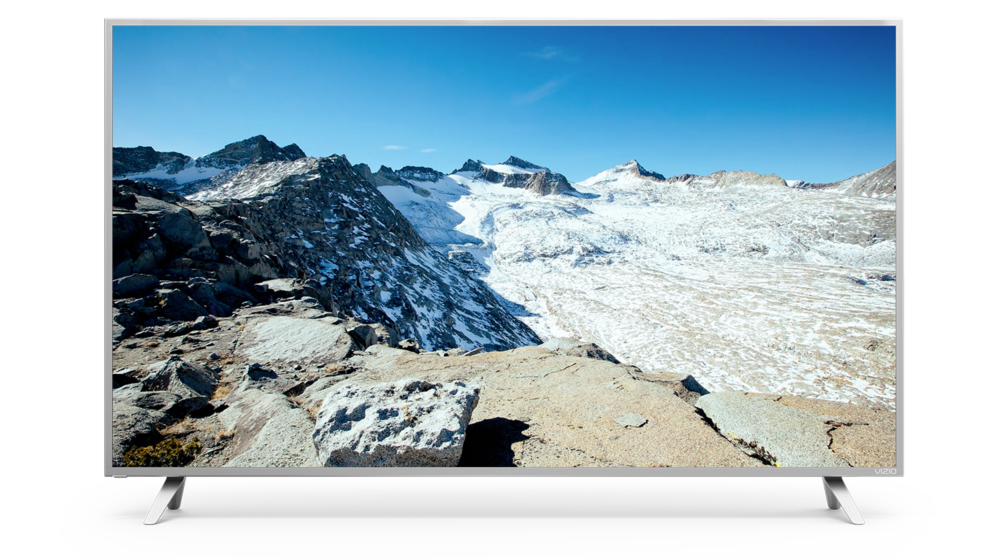 The VIZIO SmartCast app turns every mobile device screen into a remote control and represents a paradigm shift in content discovery. Instead of jumping between apps, VIZIO SmartCast allows users to search and browse content first by genre across multiple apps at once, then select the app or source to play the content. The app also simplifies on-screen navigation. Rather than struggling to see and adjust settings or navigate apps from across the room, VIZIO SmartCast users gain access to all menus and playback controls through the app. With the VIZIO SmartCast app available for download on iOS and Android devices, consumers will never have to deal with a lost remote again.

The VIZIO SmartCast P-Series Ultra HD HDR Home Theater Display boasts the same advanced picture quality technologies first released on the 2015 VIZIO 120″ and 65″ Reference Series. Ultra HD featuring High Dynamic Range with Dolby Vision content support transforms the entertainment experience with dramatic imaging, incredible brightness, contrast and color that brings content to life. New release titles such as In the Heart of the Sea and Point Break continue to roll out through video-on-demand services like VUDU, which currently has more than 30 Warner Bros. titles available in the Dolby Vision format.

With Google Cast built in to every VIZIO SmartCast device, consumers can access thousands of mobile apps they already know and love. By simply tapping the Cast button, consumers can easily watch content go from their mobile screen to any VIZIO SmartCast or Cast-enabled device on their home WiFi network. And with casting over WiFi, users can still multi-task on the P-Series included tablet remote or their own mobile device without interrupting what is casting on the display.

VIZIO SmartCast makes its debut on the P-Series Ultra HD HDR Home Theater Display with additional collections and products to follow. P-Series is available now with more information and retailers available at VIZIO.com.

1 Compared to Edge-Lit sets 2 The third party applications and content described herein may only be available in certain countries and languages, may require additional fees or subscription charges, and may be subject to future updates, modifications, interruption and/or discontinuation of service without notice, and VIZIO has no control over such content. Google account required to download apps from the Google Play store.

About VIZIO VIZIO’s mission is to deliver the ultimate entertainment experience through our community of connected consumers, advertisers and media content providers. Through our connected entertainment platform, VIZIO is transforming the way consumers discover and experience media content. Since our founding in California in 2002, VIZIO has built an industry-leading brand and sold over 65 million products, including televisions, sound bars and other devices. VIZIO has achieved significant U.S. market share and held the #1 unit share position in the U.S. sound bar industry1 and is currently #1 unit share for all TVs2 and #1 unit share in Smart TVs3 in U.S. VIZIO product leadership is highlighted by a number of industry reviews and awards including a 2015 CNET Editors’ Rating of 4 stars for a review of our E-Series Smart TVs4, 2015 Editors’ Choice award from Reviewed.com for our M-Series 4K Ultra HD Smart TVs5 and Sound & Vision’s Top Picks of 2014 for 42″ and 54″ Home Theater Sound Bar Systems. For more information, please call 888-VIZIOCE or visit www.VIZIO.com.