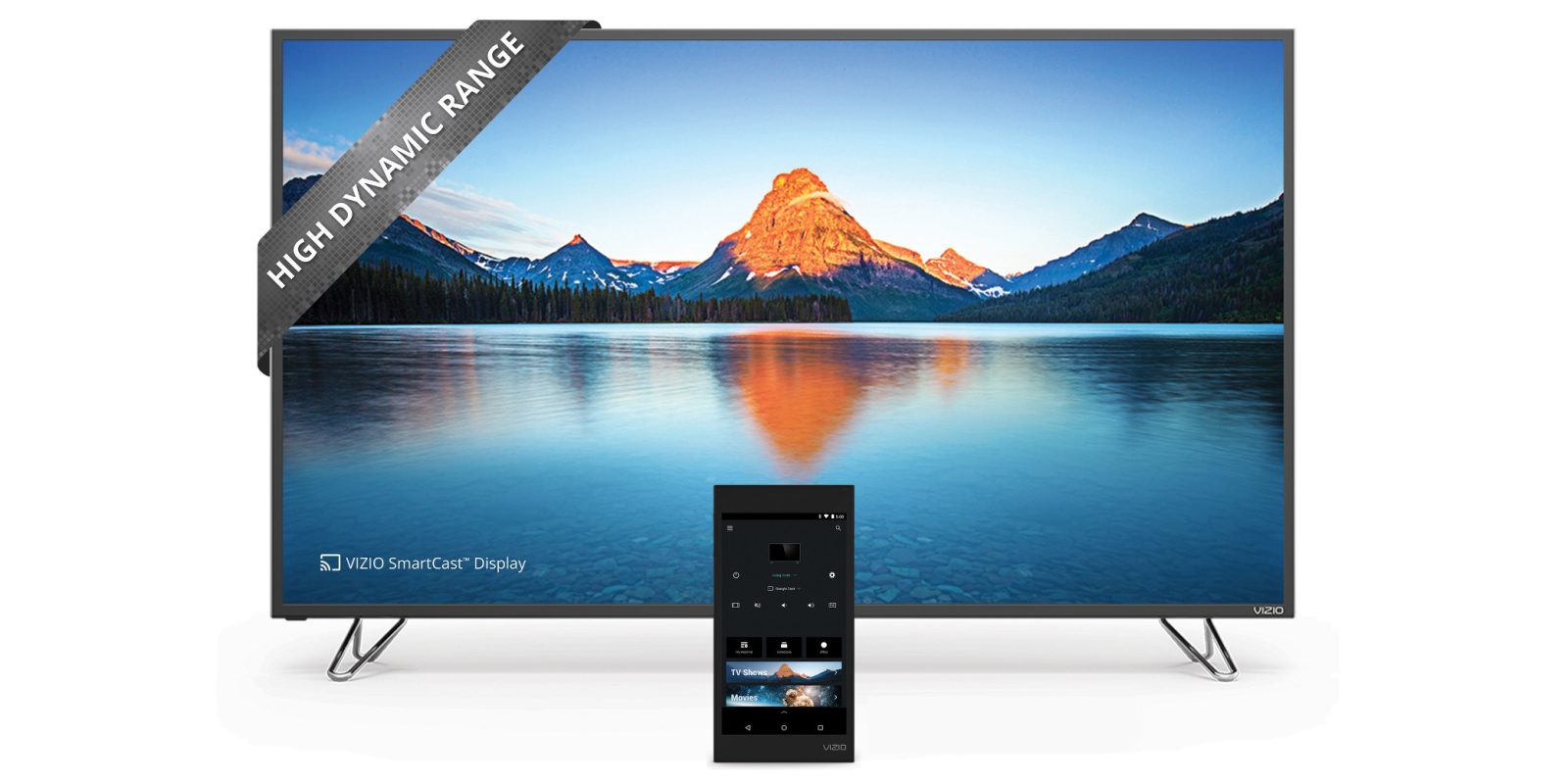 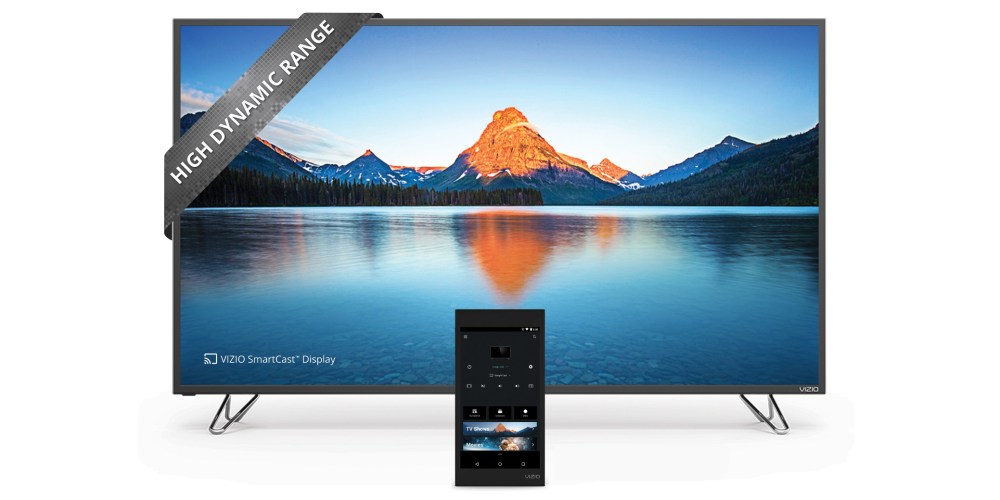 It’s been a busy stretch run for television manufacturers as we’ve seen a number of new releases from Samsung, LG and Roku-enabled brands. This is great timing for potential deals at the holiday season as these new sets will have hit the market for at least six months. Today, VIZIO is the latest to announce new 4K HDR television with its new Home Theater Display Collection.

Alongside its next generation SmartCast system with Google Cast that was announced in March, the M-Series will feature a unique design and full High Dynamic Range with Dolby Vision Support. With sizes ranging from 50- to 80-inches, this is setting up to be one of the most desirable value buys of 2016…

VIZIO’s M-Series was a fan favorite last year with its slim and modern design paired with 4K resolutions. This refresh ups the internal technology while also maintaining its place as a bargain buy in VIZIO’s lineup. When the P-Series was announced last month with a new touchscreen remote and HDR capabilities, it appeared that it would be limited to that line of TVs. Bringing this type of technology down to a starting price point of $849.99 will be very attractive to consumers looking for a bump in specs.

Let’s take a look at what all of today’s release has to offer. First off, VIZIO has elected to go away with its silver bezel and legs in favor of a darker shade and modern metal supports. It will ship with the aforementioned six-inch Android-powered tablet with Google Cast built-in for beaming content to the TV. It has VIZIO’s new smart TV platform which is aided by built-in 802.11ac Wi-Fi. As we’ve seen in other recent releases, the P-Series will not include a tuner for over-the-air antennas. 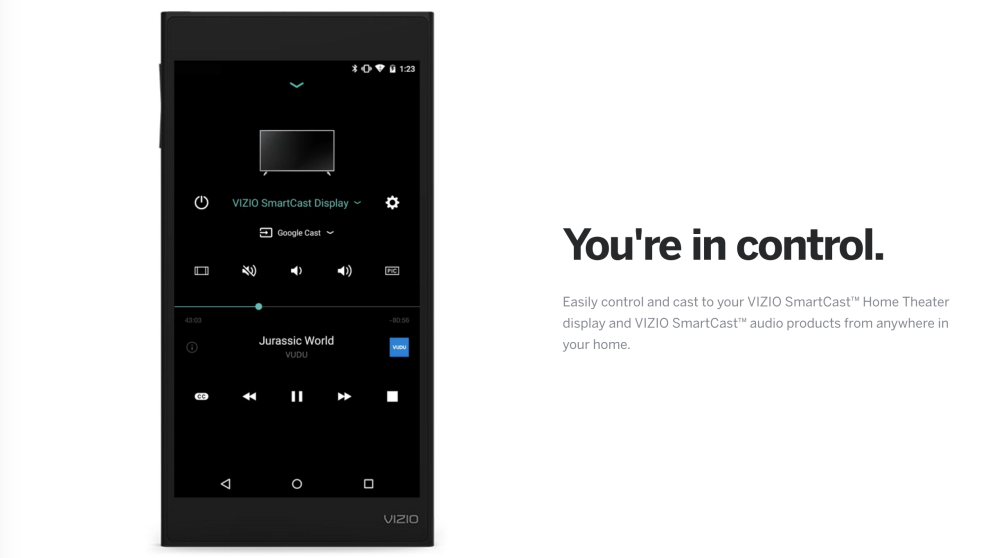 In terms of the display, you’ll find 4K resolution capabilities with upscaling and Dolby Vision support for HDR content. Another notable feature is Full-Array LED backlighting supported by up to 64 active LED zones depending on the model. This allows the display to adjust lighting and contrast on the fly as content appears on-screen.

Here’s a full look at pricing on the new M-Series UHDTVs:

The M-Series will be available soon at online retailers such as Amazon and Best Buy in the coming days.

IRVINE, Calif., April 19, 2016 /PRNewswire/ — VIZIO, Inc. announced today the introduction of its VIZIO SmartCast M-Series Ultra HD HDR Home Theater Display collection.  Part of the next generation VIZIO SmartCast entertainment ecosystem, the all-new M-Series fully integrates the Google Cast protocol with support for Ultra HD and HDR playback, easily controlled by the included 6″ Android™ Tablet Remote preinstalled with the VIZIO SmartCast app. The 2016 M-Series raises the bar on image quality with advanced picture technologies such as Ultra HD and High Dynamic Range with Dolby Vision support. The collection also boasts Full-Array LED backlighting with up to 64 Active LED Zones® that render images with incredible detail, depth and contrast. The collection will begin rolling out soon and starts at an MSRP of $849.99 for the 50″ class size and is available in sizes as large as 80″ class size.

Like all products in the VIZIO SmartCast line-up, the new M-Series is controlled by the VIZIO SmartCast app. Instead of jumping between apps, VIZIO SmartCast changes the way content is discovered and controlled, allowing users to first search and browse content by genre across multiple apps at once, then select the app or source to play on the big screen. Rather than forcing users to struggle with seeing and adjusting settings or navigate apps from across the room, the app simplifies navigation, bringing it to the mobile screen.  The VIZIO SmartCast app comes pre-loaded on the included 6″ Android Tablet Remote or is available for download to iOS and Android smartphones or tablets.  This added benefit allows users to control any VIZIO SmartCast device from nearly any mobile device, from anywhere in the home.

As with all VIZIO SmartCast™ 4K Ultra HD displays, the M-Series Ultra HD HDR Home Theater Display is tuner-free. For those that use an external antenna to watch local broadcasts, a separate external TV tuner is required. The M-Series comes with an HDMI cable for the best quality connection to high-definition devices.

With the VIZIO SmartCast M-Series Ultra HD HDR Home Theater Display, consumers can take control of their entertainment using the included 6″ HD Android Tablet Remote with a convenient wireless charging dock. The tablet remote allows consumers to browse and play content with simple tap, swipe and voice-based controls. With integrated stereo speakers and a powerful quad-core processor, the Android tablet also serves as a premium, standalone tablet that users can download all of their favorite apps from the Google Play store2 to play games, chat, email and more.

With Google Cast built into the M-Series, consumers can access thousands of mobile apps they already know and love3. By simply tapping the Cast button, users can easily watch content go from their mobile screen to any VIZIO SmartCast device on their home WiFi network. And with WiFi streaming, users can still multi-task on the included tablet remote or their own mobile device without interrupting what is playing on the display.

VIZIO SmartCast makes its debut on the M-Series Ultra HD HDR Home Theater Display with additional collections and products to follow. M-Series rolling out to retailers soon with more information and retailers available at VIZIO.com.

About VIZIO VIZIO’s mission is to deliver the ultimate entertainment experience through our community of connected consumers, advertisers and media content providers. Through our connected entertainment platform, VIZIO is transforming the way consumers discover and experience media content. Since our founding in California in 2002, VIZIO has built an industry-leading brand and sold over 65 million products, including televisions, sound bars and other devices. VIZIO has achieved significant U.S. market share and held the #1 unit share position in the U.S. sound bar industry1 and is currently #1 unit share for all TVs2 and #1 unit share in Smart TVs3 in U.S. VIZIO product leadership is highlighted by a number of industry reviews and awards including a 2015 CNET Editors’ Rating of 4 stars for a review of our E-Series Smart TVs4, 2015 Editors’ Choice award from Reviewed.com for our M-Series 4K Ultra HD Smart TVs5 and Sound & Vision’s Top Picks of 2014 for 42″ and 54″ Home Theater Sound Bar Systems. For more information, please call 888-VIZIOCE or visit www.VIZIO.com.