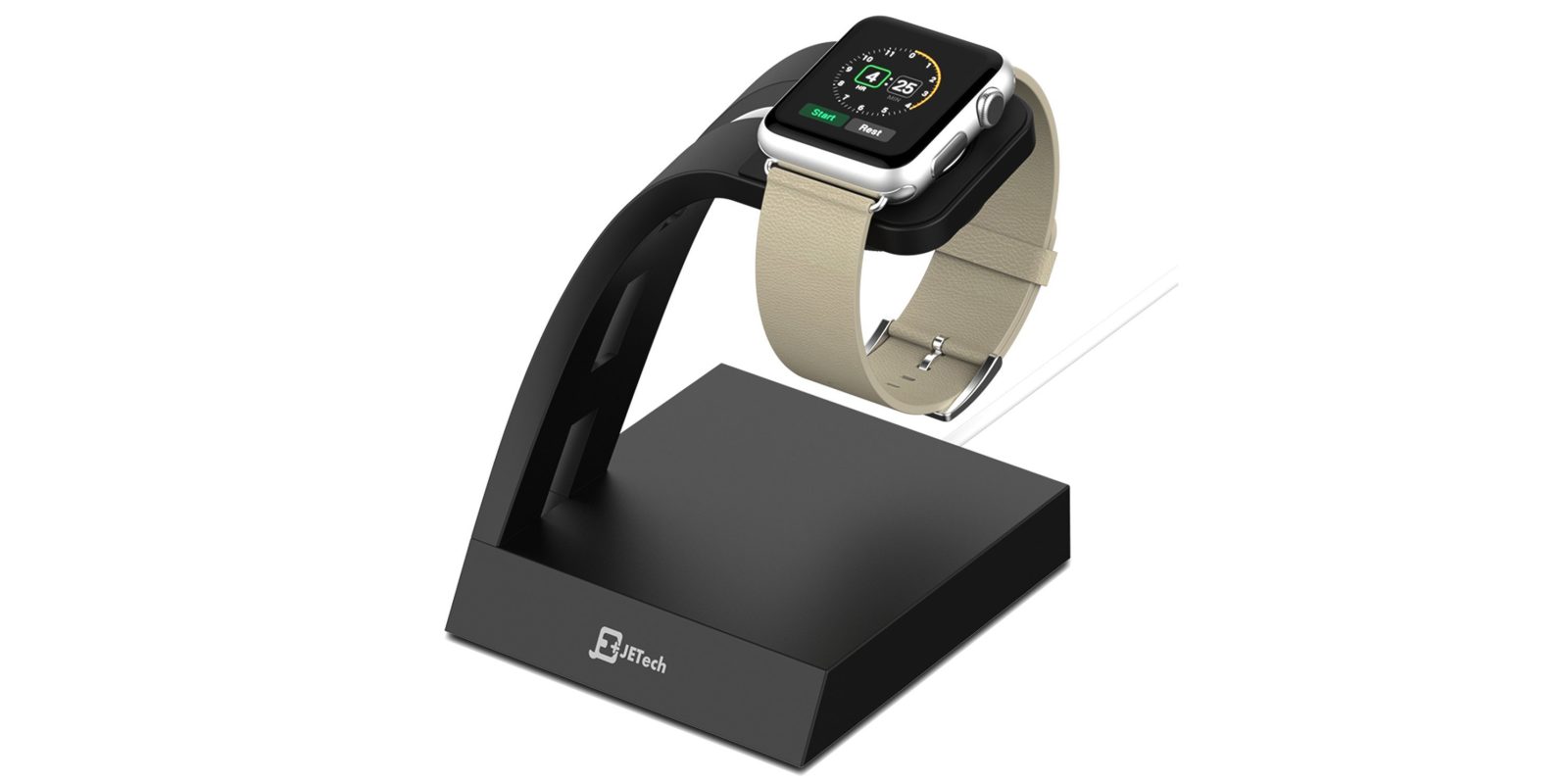 JEDirect (100% positive feedback from 16,000) via Amazon offers the JETech Apple Watch Stand in Black for $7.99 Prime shipped. This dock originally retailed for $15 but typically bounces between $10 and $12. Today’s deal is the lowest price that we’ve seen.

Give your Apple Watch a home with this JETech Apple Watch Stand. It is made from TPU to avoid scratching your device. There is a built-in cord management system for keeping your charging puck in place. Rated 4.7/5 stars by over 100 Amazon customers.

Review: Are these third-party $11 Apple Watch bands any good? Turns out, they aren't too bad https://t.co/DsvNhjZrXR pic.twitter.com/qTzlghGqRS