Newegg’s Official eBay Store offers the Harman Kardon AVR 2700 7.1-Ch. 4K A/V Receiver with AirPlay for $269 shipped. For comparison, this receiver originally retailed for $800 and still goes for that much direct. Today’s deal is $29 less than our previous mention and the best available.

This Harman Kardon 4K A/V receiver features eight HDMI inputs and is capable of supplying audio to a full 7.1-channel setup. It has AirPlay and DLNA capabilities via built-in Wi-Fi. Additional features include Logic 7 processing, a front HDMI input and 100W of power per channel. While reviews are slim on this model, Harman Kardon’s line of A/V receivers are generally well-rated. 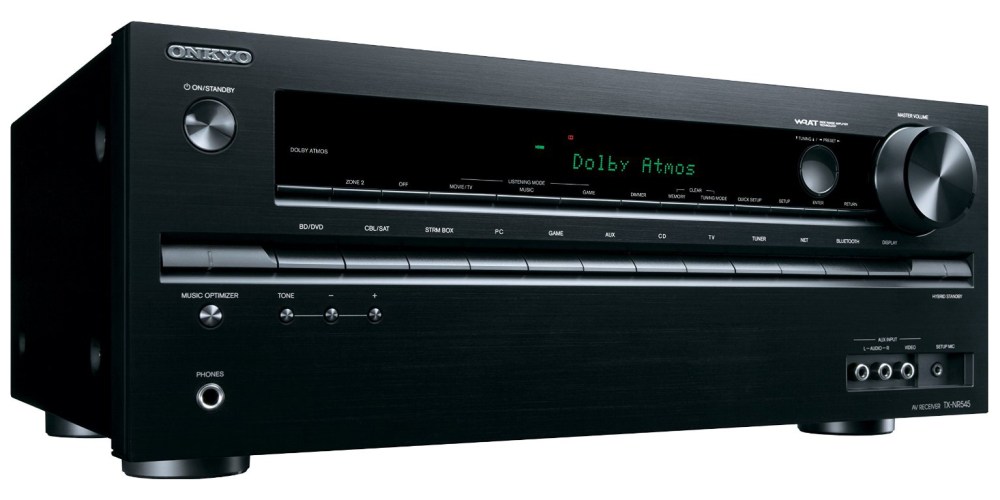 Meanwhile, Groupon has the Onkyo TX-NR545 805W 7.2-Ch. Network 4K A/V Receiver with AirPlay/Bluetooth for $289.99 shipped. That’s good for $210 off the original listing, down $65 from Best Buy and the lowest current price available.

Onkyo’s TX-NR545 A/V receiver is a full-featured home theater hub with 805W of power and a plethora of connectivity options. Aside from support for 4K video, you can also stream music wirelessly via AirPlay or Bluetooth. Other notable specs include six HDMI inputs, 3D support, a built-in high resolution DAC and an optional second zone. Rated 4.3/5 stars.

The Harman Kardon® AVR 2700 audio/video receiver has the immense connectivity and astonishing sound output to turn your living room into the kind of home entertainment center once reserved for movie moguls and dotcom billionaires. Its eight HDMI® inputs, including one input on the front panel and 4K compatibility, ensure connectivity to all of your Blu-ray™ disc, HDTV and video-game sources, while its analog and digital audio input jacks keep you connected to all your legacy components. Built-in AirPlay and DLNA® 1.5 certified connectivity empower you to play almost every song on your computer, tablet and mobile devices and do it in surround sound regardless of the number of channels in the original recording, thanks to our exclusive Logic 7 processing. 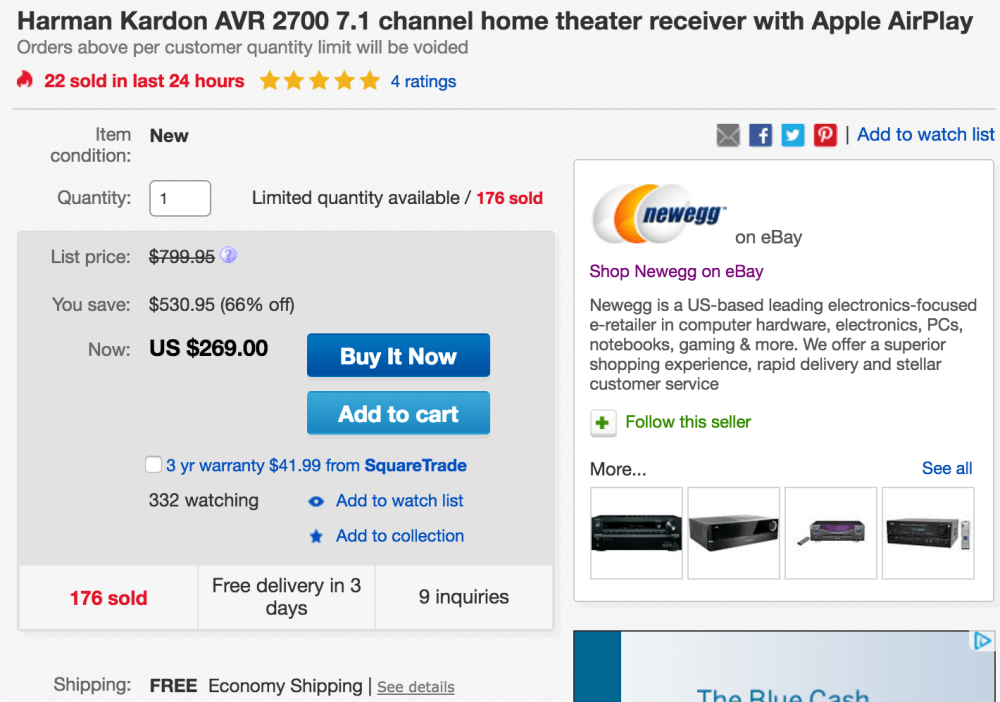 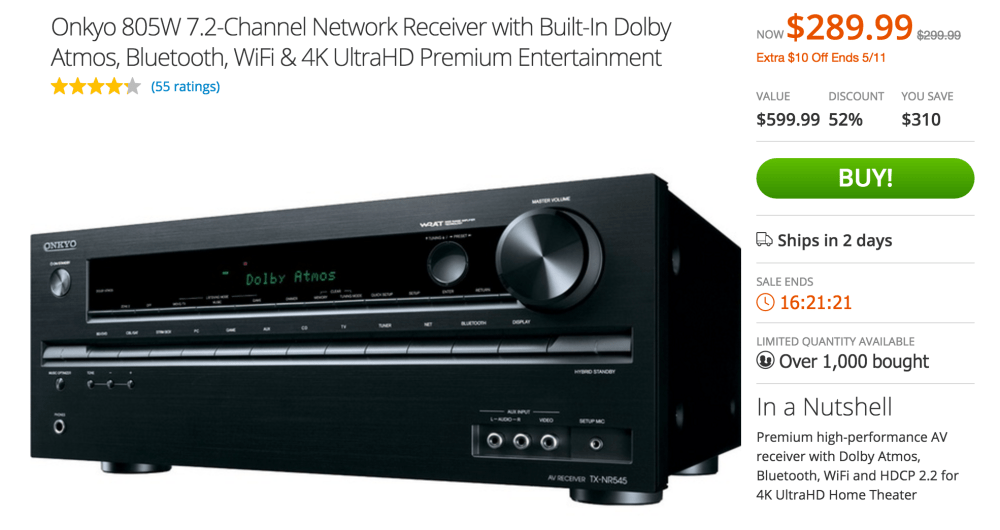