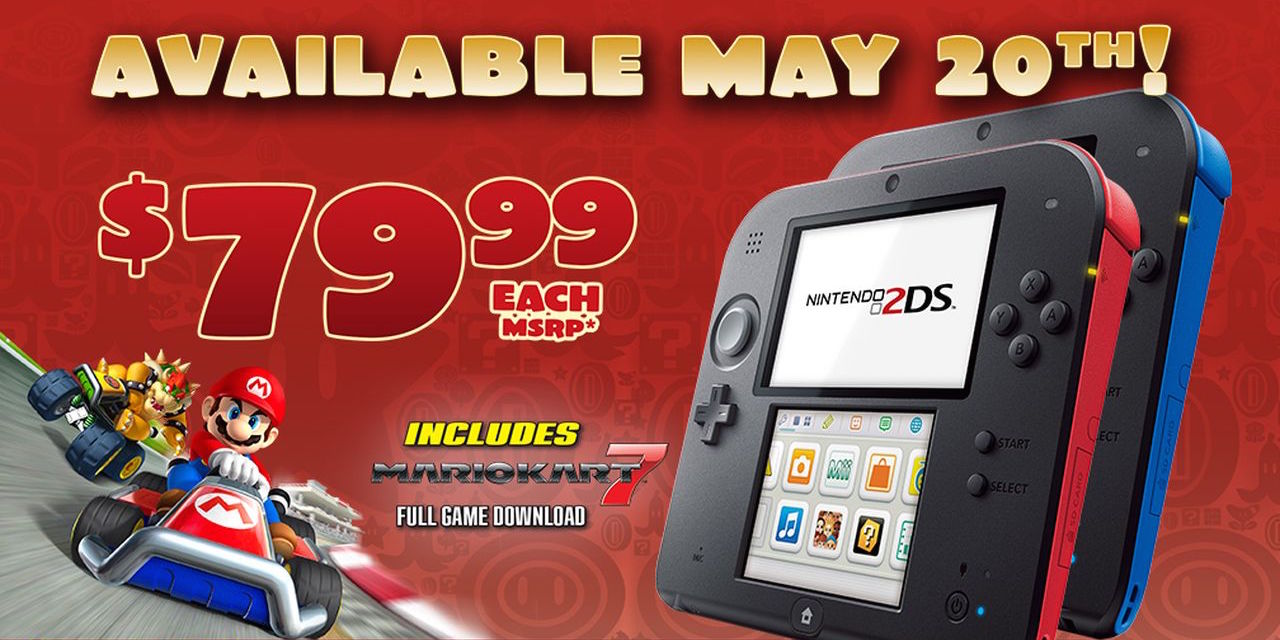 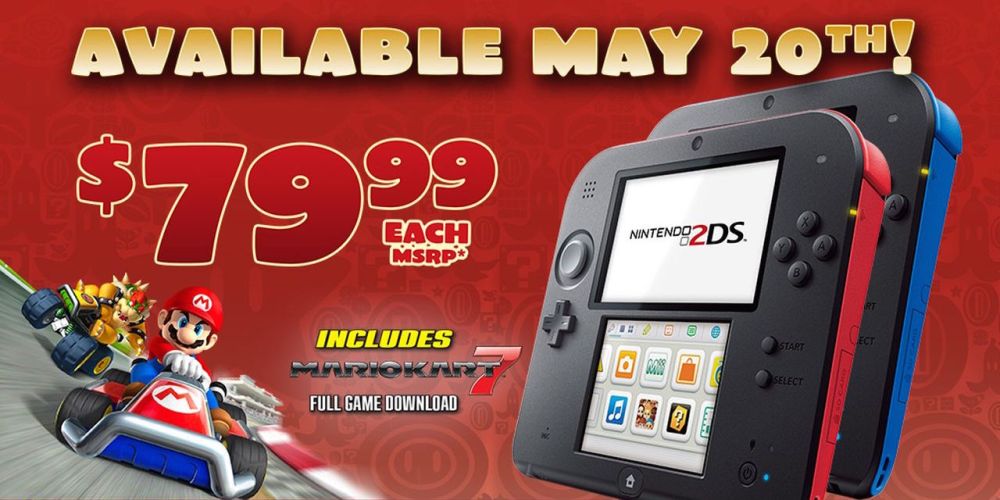 Nintendo has now announced another official price drop coming to its popular 2DS. Nintendo’s entry-level handheld was already one of the most affordable ways to play what might be the best line-up of mobile games on the planet (all the 3DS games/more), and now starting May 20th it’s going to be even less.

After dropping to $100 previously, 2DS consoles will now officially start at just $79.99 with a free digital copy of Mario Kart 7 included.  While we have seen this combo dip down to $80 previously, chances are things will be getting even better in the future with refurbished models likely dropping to as low as $55 or less. We will update this post as the new pricing goes live, but be sure to follow our daily game roundups for the post-official price drop sales.

This news comes just ahead of the release of Kirby: Planet Robobot for Nintendo 3DS in just under a month and on the heels of today’s announcement that Monster Hunter Generations will drop on July 15th alongside a limited edition 3DS. You can catch a glimpse of the limited edition handheld below. Both Kirby: Planet Robobot and Monster Hunter Generations pre-orders are currently available at 20% off for Prime members right now. Head over to our daily game roundups for all the best deals every day of the week.