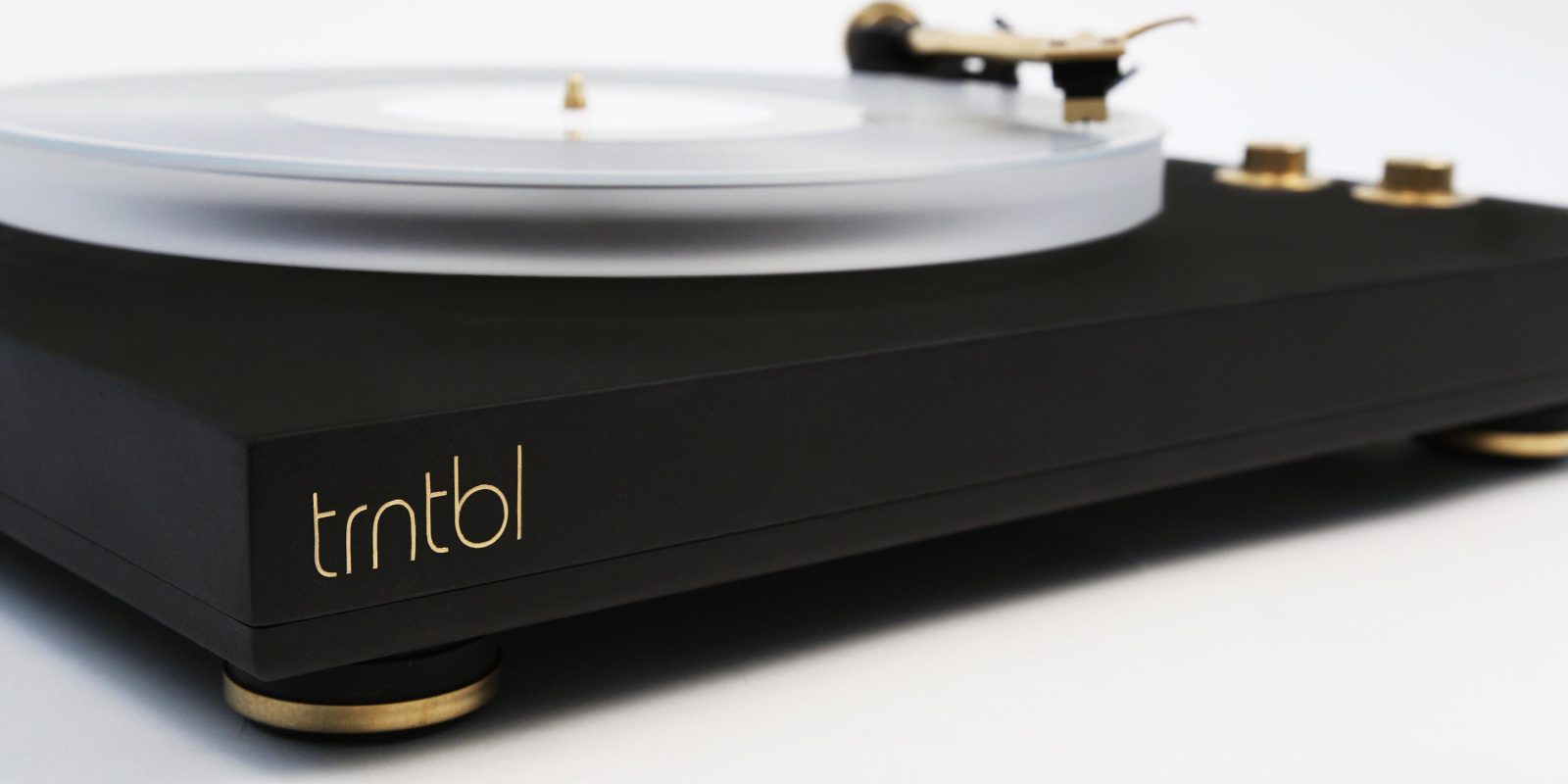 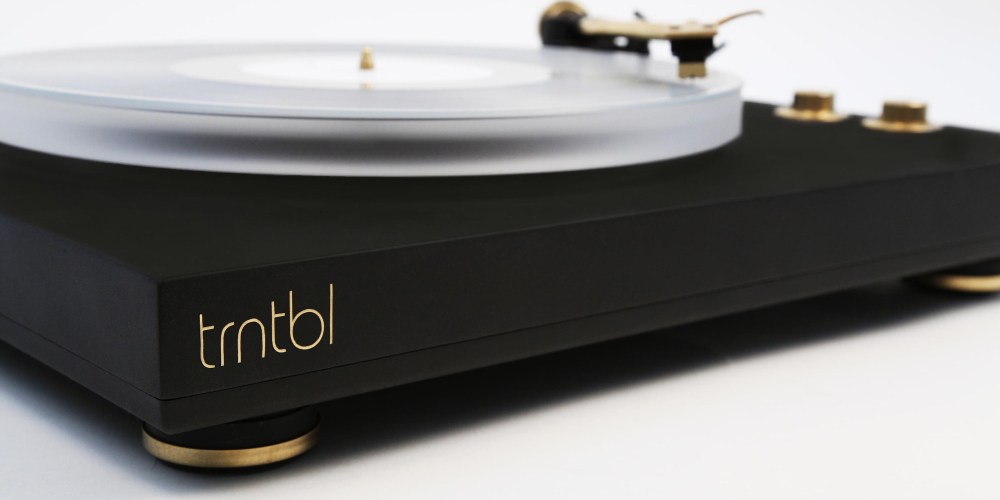 It’s no secret that vinyl records have seen a resurgence in popularity over the last ten years. In fact, sales have soared from under one million units to just over eleven times that in 2015. Amazon is even dedicating a whole storefront to this trend. We’ve also seen a fresh breath of hardware innovation as this medium has come back into style.

The latest comes way of VNYL, a company that aims to blend old-school records with modern day smartphone technology. Appropriately called TRNTBL, this player has two main tricks up its sleeve: Shazam-like functionality and a wide-range of connectivity including AirPlay and SONOS-compatibility. More below…

The TRNTBL is a natural progression for vinyl enthusiasts. It offers throwback style and uncompressed audio with wireless streaming built-in. In fact, you won’t find a single physical output port on this record player. According to VNYL, it is the first Internet of Things turntable on the market.

So how does it work? First, it detects what songs you are listening to and transfers that information to a variety of locations. For example, if you’re big into social media and sharing your music tastes, TRNTBL will automatically announce your playback on Facebook, Twitter or build Spotify playlists that match. It’s an interesting blend of services for sure, but likely not the main selling point for this product. 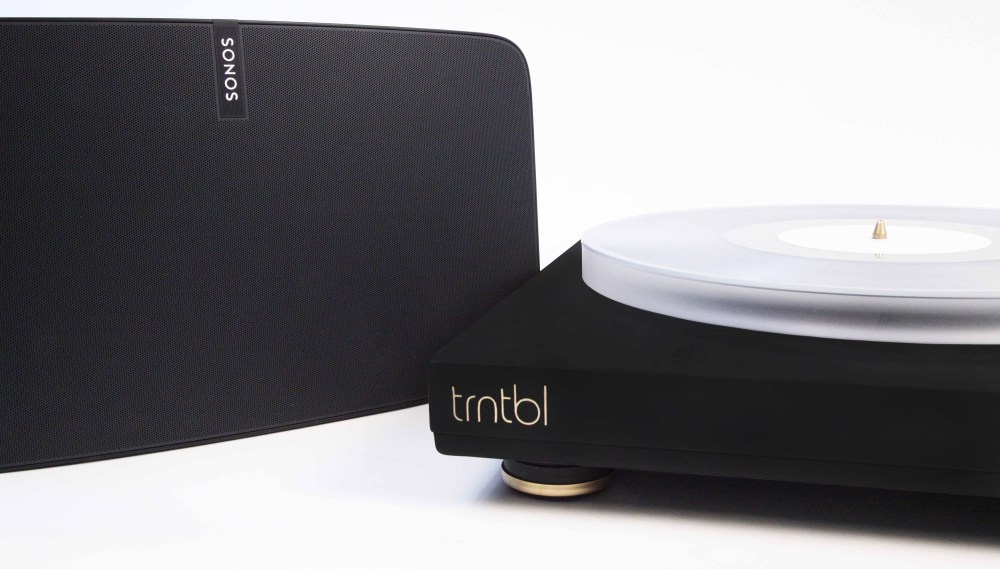 Personally, I’m drawn to this turntable for its plethora of streaming options. You could easily buy a record player and fashion a bluetooth streaming setup with a few add-ons. Seeing AirPlay, SONOS and Bluetooth come together in this way is much more intriguing. Without the need for any dongles or cords, you’ll be able to wirelessly stream all your vinyl to a speaker of choice just by plugging this system in. SONOS simply recognizes TRNTBL as another source while the other two mediums pair as you’d expect. 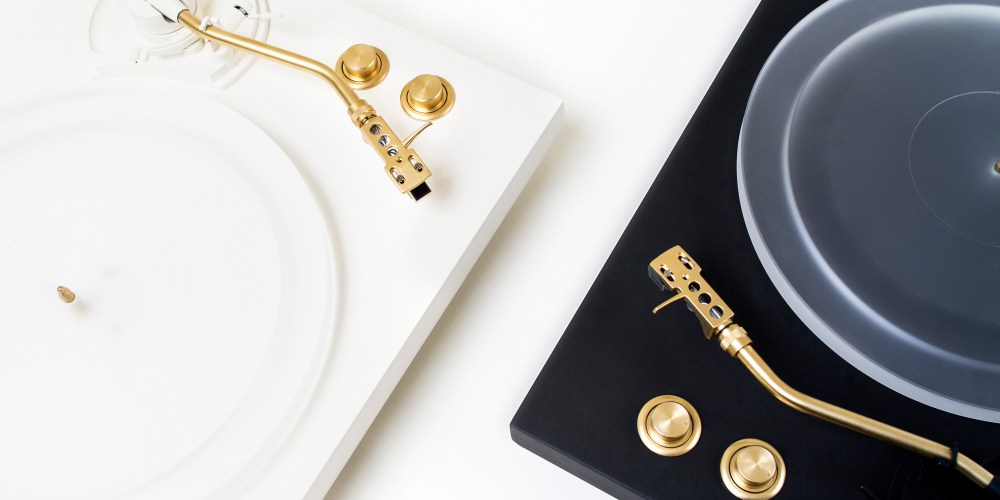 Playback is handled by two gold knobs on top that control speed and play/pause. It ships with an s-shaped tonearm that is, surprise, also plated in gold. Audiophiles will be pleased to know that it is also capable of putting out uncompressed streams of 1,411Mbps, which is good for 16-bit quality.

The TRNTBL is currently available for pre-order direct from VNYL with a price tag of $351. It is set to ship later this summer.