Review: We flew DJI’s impressive Phantom 4 drone towards a wall at 20MPH and nothing happened 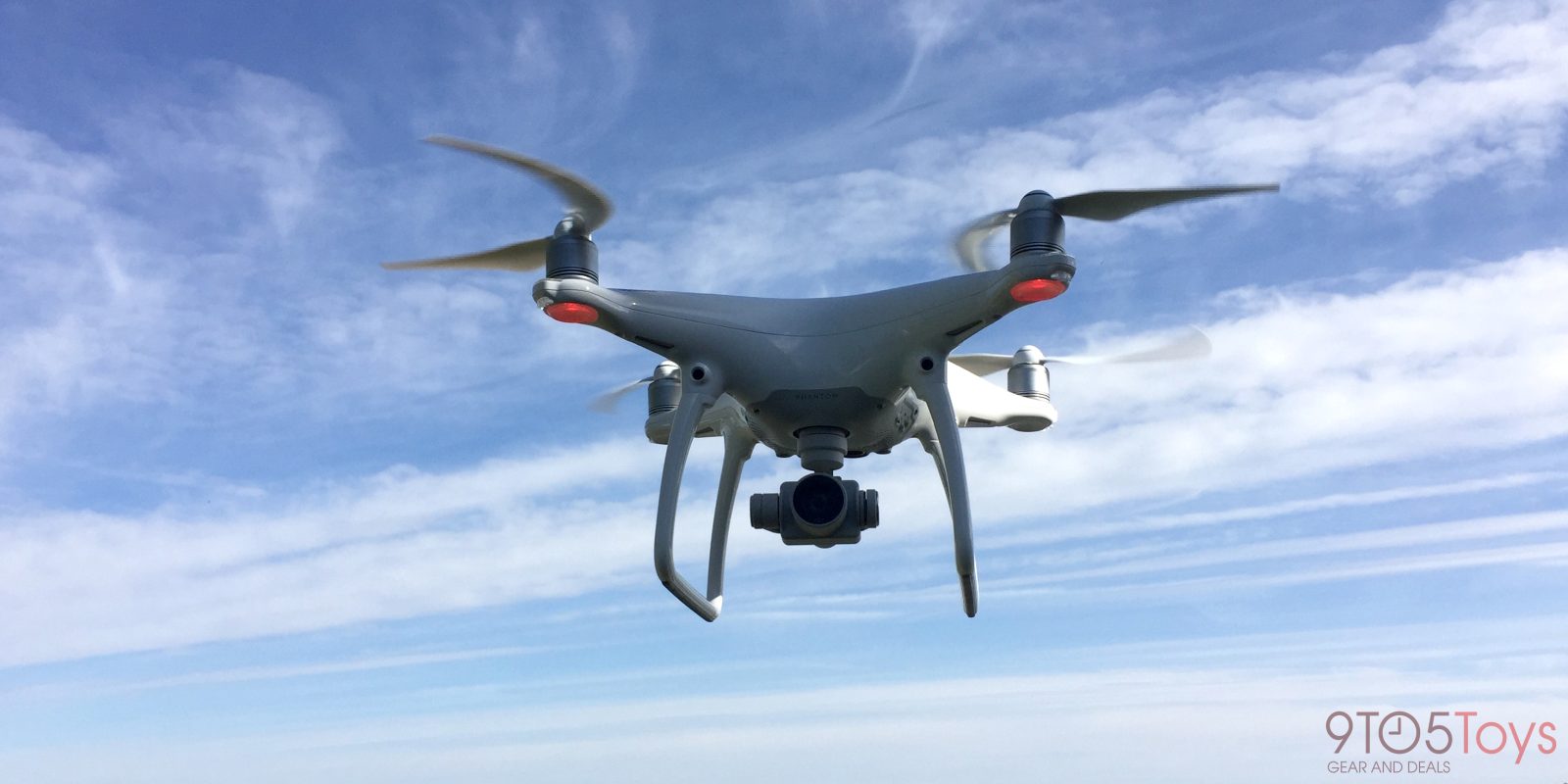 DJI has long been known for its high-quality drones and accompanying software. A few months back, the fourth generation of its Phantom lineup was released. With new autonomous features and an impressive sensor-laden design, this quadcopter has all the specs we’d dream for in a drone. Now it’s time to share our Phantom 4 experience. Head below for an in-depth look.

When DJI announced the Phantom 4 back in April, it was an Apple Store exclusive for the first month after launch. This turned out to be a very appropriate arrangement. It’s safe to say that if a drone were to ever come out of Cupertino, I’d expect it to look something like the Phantom 4.

First out of the all-white box is a large styrofoam container that doubles as a carrying case for the Phantom 4. This is a huge upgrade over the prior generation model, which simply ships in a cardboard container. Gone are the days of shelling out another $100+ for a hardshell backpack. It’s a welcome addition that was long overdue in my eyes. The drone itself, controller, power source and eight propellors each have designated storage spaces for travel. 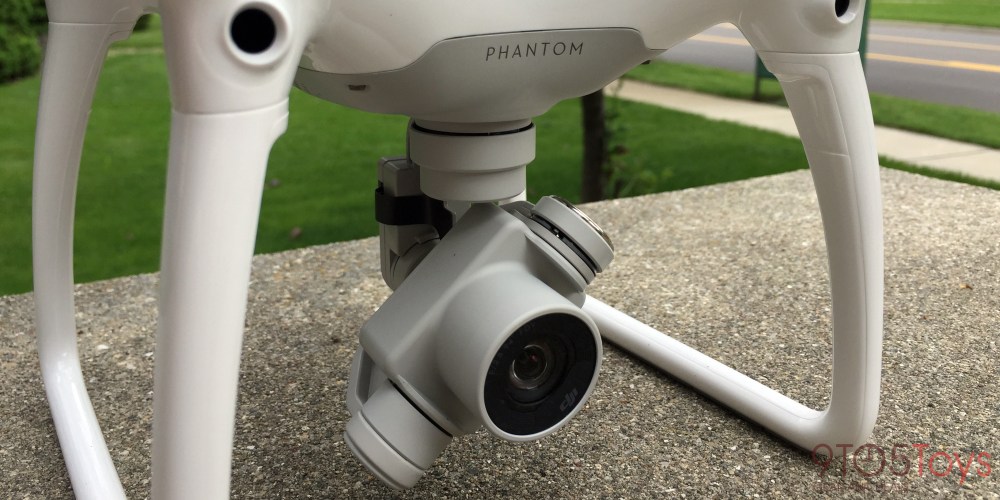 Initially, you’ll need to give the removable battery and RC a full charge, which takes an hour and three hours, respectively. Setup is fairly straightforward as the two types of propellors are easily attached with a new quarter-turn installation system. There is a redesigned locking system for protecting the gimbal and camera. Instead of attaching vertically like previous generations, the Phantom 4 uses a three-point connection system that is stabilized between the optics and landing gear.

The remote control is largely unchanged from the Phantom 3. Much like the drone’s body, it has a shiny finish as opposed to last year’s matte design. You’ll find the same adjustable tablet or smartphone mount as before alongside all your expected controls. 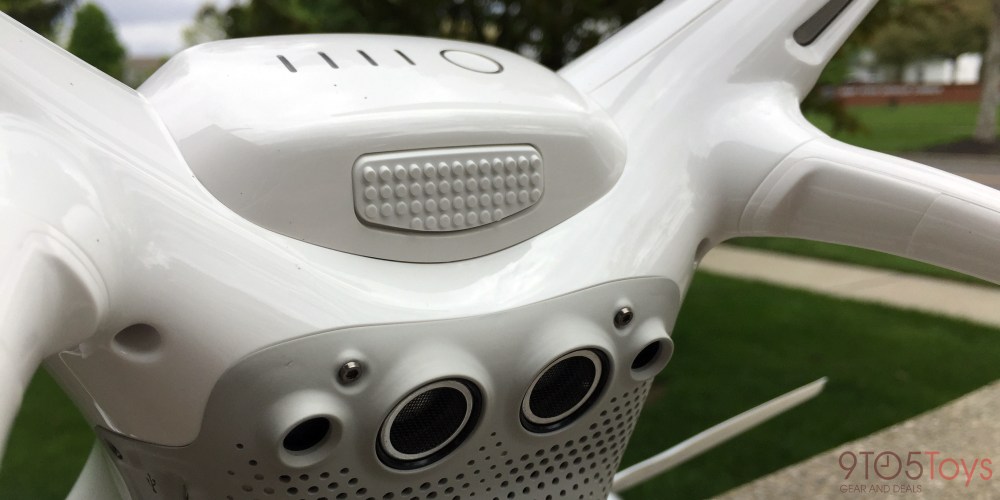 Straight out of the box, it’s easy to see that this is a well-thought-out product. Its $1,399 price tag sets the stage for high expectations. I own a Phantom 3 Professional, so my primary interest was focused on the design. We’ll get to the substantial hardware and software upgrades in a minute. The Phantom 4 is a solid piece of electronics. Everything about it communicates a well designed product. Most notably, the build quality feels higher than previous generations. Nothing about this DJI’s latest creation looks cheap.

Once everything is charged up, it’s time to fly. Connecting your Phantom to DJI’s free iOS or Android app is easy. On the first go, you will have to be connected to a wireless network for registration and a few firmware upgrades. Don’t expect to fly it right away as this process can take up to a hour. Of course, be sure to register your drone with the FAA prior to take-off. 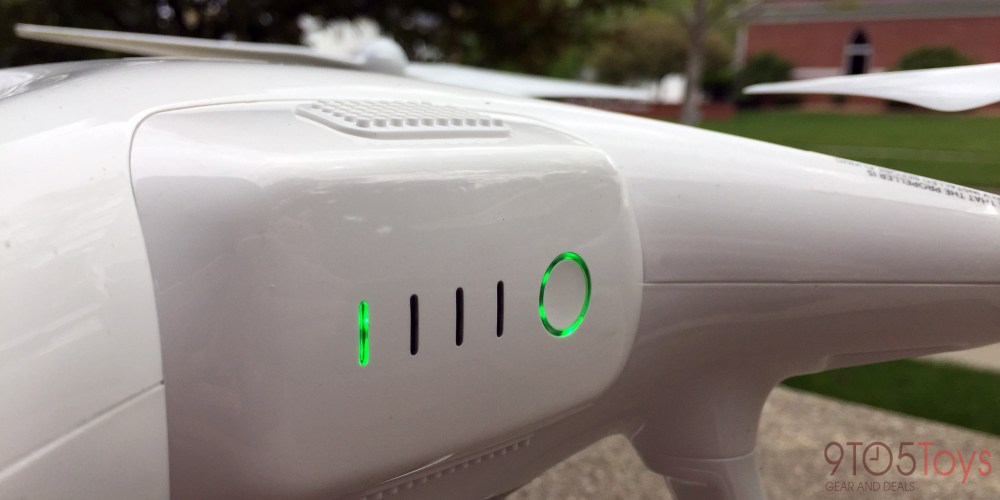 Having some prior drone flying experience, I was less focused on the initial take-off when I was first ready to fly the Phantom 4. There was a noticeable difference between prior generations and the newest DJI drone right away. As it hovered six feet off the ground, I was amazed at how it was able to stay in the exact same spot. Despite being out in a wide open field with moderate wind, it would rarely move but just a few inches when a gust picked up. Features, sensors and other technology aside, DJI deserves some serious respect for building a drone that can withstand environmental changes without the slightest issue.

In obstacle avoidance mode (more on this in a minute), the Phantom 4 allows users to fly up to 22MPH in ideal conditions with a range of up to 3 miles, thanks to DJI’s impressive Lightbridge 2 technology. Switching over to normal ticks the speed up to 35MPH. An all-new sport mode provides an impressive 45MPH throttle thanks to a redesigned motor system. I wouldn’t recommend the last one to unexperienced pilots. Flying at those speeds made my stomach turn. None-the-less, having that type of power available puts the Phantom 4 on-par with the Inspire for power users. 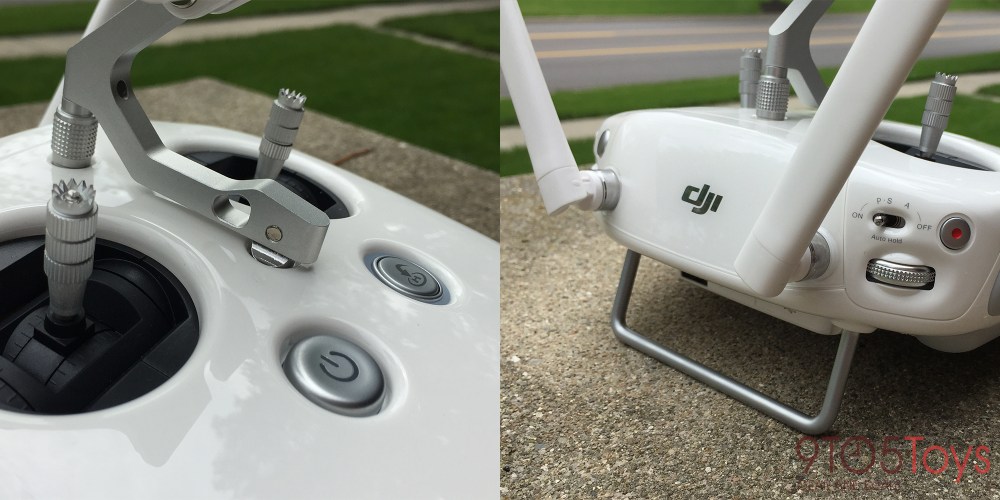 Flight time is rated at around 28 minutes, although in ideal conditions (read: not windy), I was able to push around 35 minutes in the sky. A huge part of the Phantom 4 is its new obstacle avoidance system. Two sensors on the front actively detect approaching objects and adjust flight as needed. It sounds like a fancy feature but truth-be-told, it really works. Like every other reviewer, there was a moment of truth where it was time to fly the Phantom 4 directly at a wall. Despite my extreme hesitance to do so, I knew it had to be done. Thankfully, it performed just as advertised and came to a screeching halt within 3 feet of the brick structure. More importantly, these sensors come in handy when used in conjunction with many of the new autonomous flight features. Again, note that this system is not active in normal or sport modes.

Much like the previous generation, the Phantom 4 is able to shoot 4K video and capture 12MP still images. A redesigned gimbal produces smoother shots than other models from DJI. Coming back to those sensors, pilots can take advantage of many autonomous flight operations. Two of the coolest features include TapFly and ActiveTrack. Each of these leverage the DJI Go app to enable professional looking video with minimal skill or effort. In the case of TapFly, you simply press a location on your screen and the Phantom 4 will fly to that area. ActiveTrack allows users to draw a box around an object, causing the drone to follow any movements as needed. If you’re attempting to record water sports, for example, this feature is particularly handy. 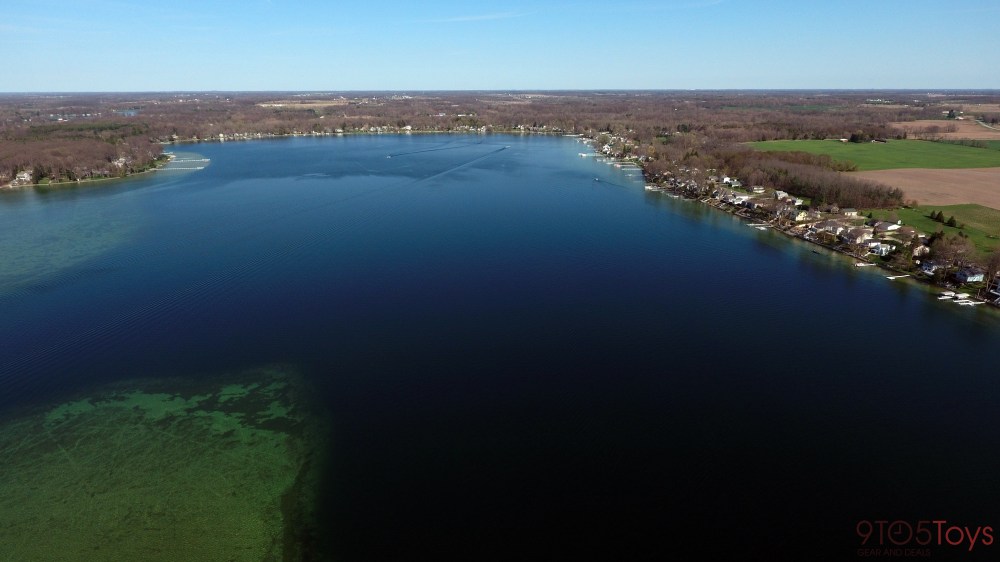 Make no mistake about it, DJI loaded its latest drone up with lustworthy capabilities. Unfortunately, the iOS and Android app remains to be a frustrating experience. I found it difficult to navigate the menu at times to find moderate to advanced features. If it’s not a title-worthy capability, chances are DJI has buried it. This is particularly frustrating when dealing with a top-of-the-line consumer product.

Bells and whistles aside, the Phantom 4’s main draw is its intelligence. When you’re flying a $1,400 gadget, the last thing that you want to do is crash it. DJI has made this part about as foolproof as possible at this stage of the game. The 4 is much easier to fly than its brethren and is a top-notch product across the board. 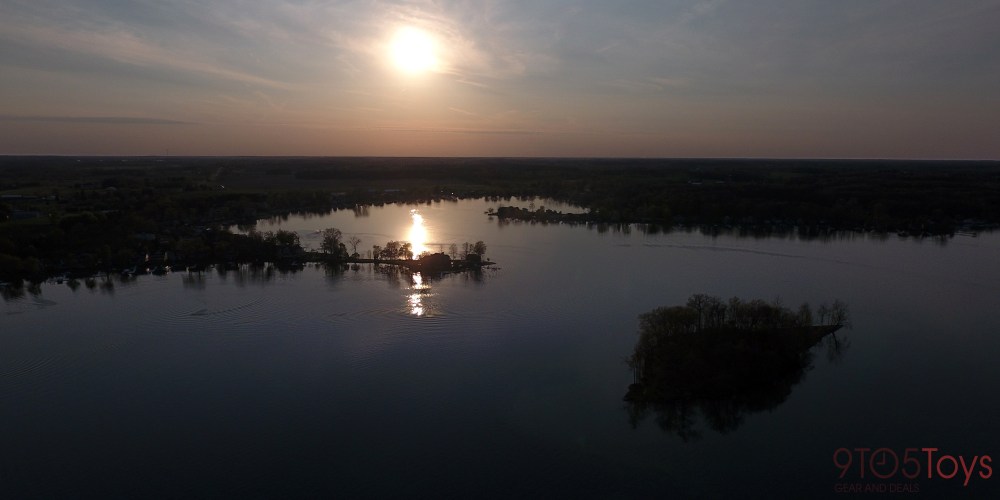 After handing out a lot of praise, it seems foolish to not recommend the Phantom 4. If you’re an avid Phantom 2 or 3 pilot, you’ll notice an incredible difference in capabilities and build quality here. If you’re a novice, the Phantom 4 may be too much to handle initially. Despite having incredible self-protection capabilities, there is still a lot of power under the hood, which should not be taken lightly.

Prices continue to drop on the previous generation Phantom 3, making it more attractive than ever. In the long term, you’ll never regret jumping in head-first with DJI’s latest. It’s highly-imperative that you read the entire manual cover-to-cover for a full understanding of this powerful device. Unsure? Grab the Phantom 3 Professional at a significant discount in comparison and you’ll still be able to cash in on 4K video and Lightbridge technology.

The Phantom 4 is currently available for $1,399 shipped over at B&H.