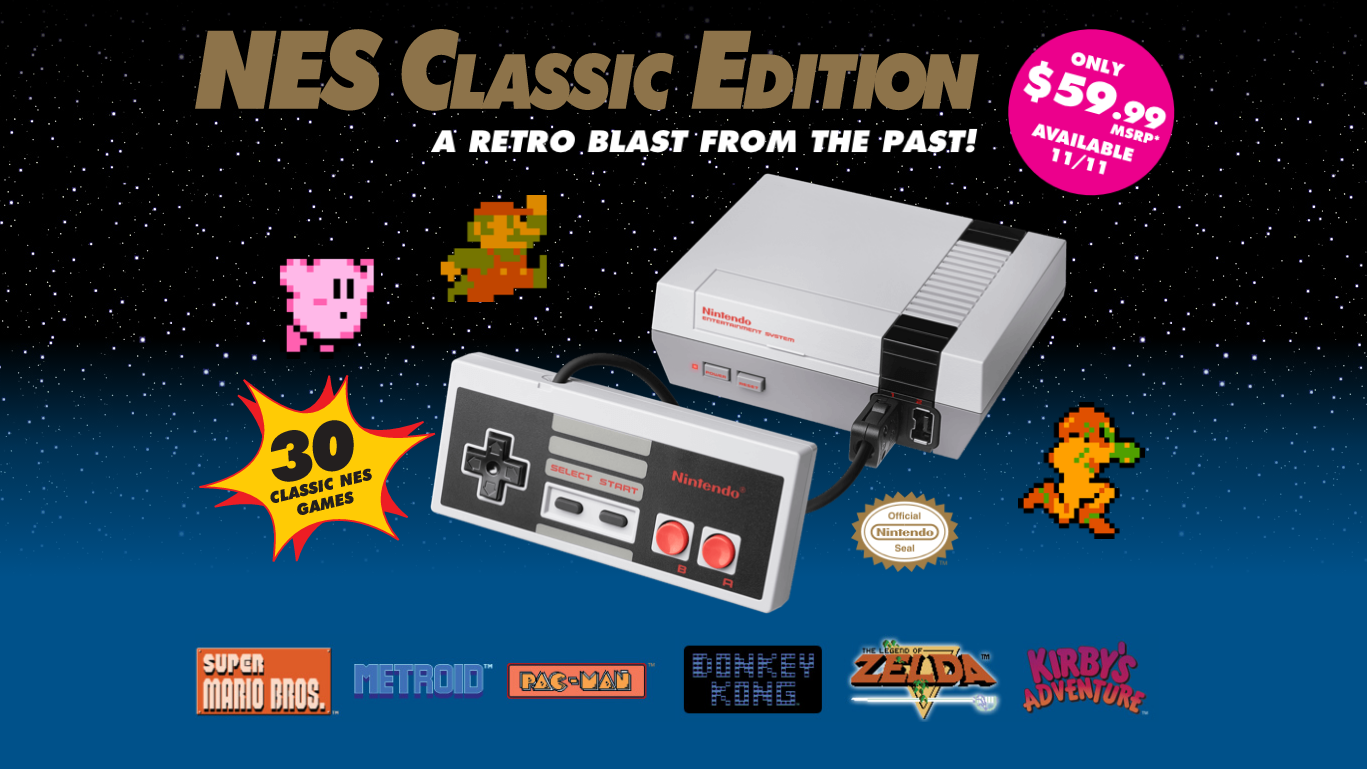 Nintendo announced its next major release yesterday and while it wasn’t the much-rumored NX game console, it was still a pretty big bombshell. Nintendo is re-releasing its beloved NES this September in an adorable palm-sized form factor. While the initial announcement left gamers of all ages giddy with nostalgia, there are still many questions left unanswered by the Japanese gaming giant. But a new report has clarified a few details everyone has been wondering about. Here’s the breakdown:

First, a quick refresher on the NES Classic Edition. It’s a mini replica of the original NES, includes 30 games and (thankfully) features HDMI so there won’t be any compatibility issues with your new HDTV. That’s pretty much all we knew, until now.

A Nintendo representative spoke with Kotaku to shed light on some lingering details concerning the upcoming console. Just like the old school NES, this year’s release won’t be able to connect to the internet or any external storage device, which means future software updates and feature upgrades are pretty much out of the question. Also, Nintendo called it a “standalone device” and said there aren’t plans to offer any game titles beyond the original 30. And don’t drive yourself crazy trying to track down your old NES cartridges. Nintendo has confirmed that the NES Classic Edition will not support any physical media. In fact, the “chamber lid” doesn’t even open. Despite these somewhat disappointing details, we’re still incredibly excited for the console’s release on November 11th.

Amazon has added a product page for the NES Classic Edition, but it’s not yet available for pre-order. Follow us on Twitter to find out as soon as pre-orders go live!

Can’t wait until this fall to get your Super Mario Bros fix? Check out our recent coverage of the best ways to play retro games right now.