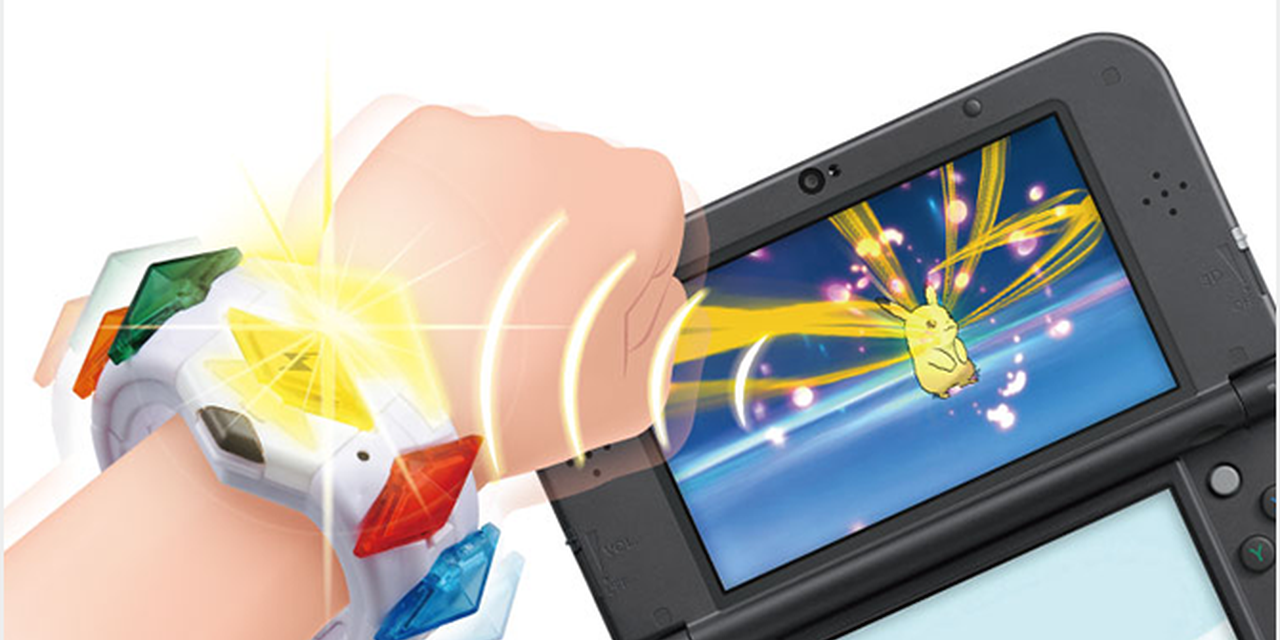 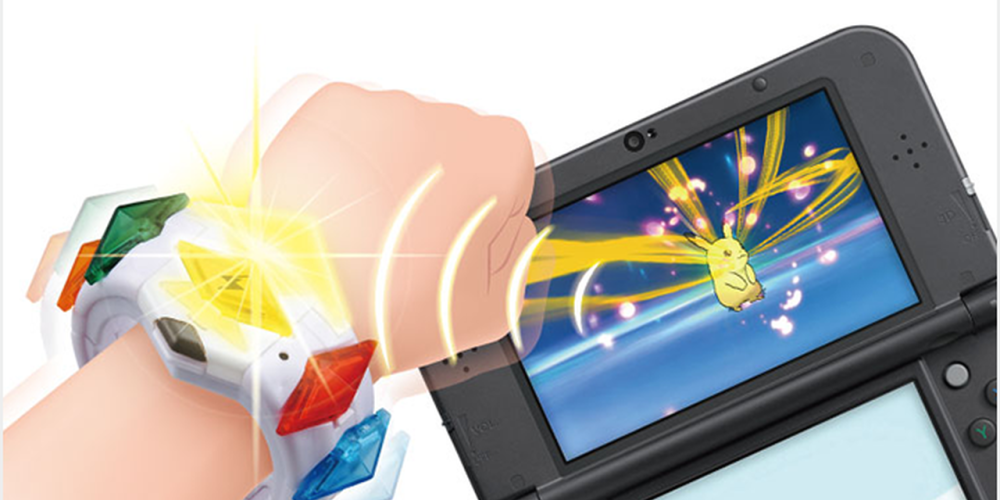 While the Pokemon Go Bluetooth Bracelet is still nearly impossible to get your hands on at the moment, it looks like there is another Pokemon peripheral in the pipeline as well. The Z-Ring is a new bracelet that works alongside the upcoming Pokemon Sun and Moon releases for Nintendo 3DS. It corresponds directly with in-game specials known as Z-Moves that can only be unleashed once per battle, along with a few other interesting features:

While mainly focused towards children, it’s hard to imagine hardcore (adult) Poke trainers not wanting something like this, despite its somewhat childish appeal. There are different crystals that can be collected. Each of which correspond to a different special Z-Move. The crystals themselves will cost extra but it looks like there will be some bundle options and more. To use special Z-Moves, your in-game Pokemon must have learned a move of the same type. That character must also be carrying the corresponding Z-Crystal as the one you have on your wrist. The bracelet lights up and vibrates whenever these moves are used in the game. More details:

A new element has been introduced into the Pokémon battles in Pokémon Sun and Pokémon Moon: Z-Moves. Z-Moves are moves of great power that can only be used once per battle. When the Trainer and Pokémon’s wishes resonate with each other, and both release their full power together—the result is the explosive force of a Z-Move! All Pokémon can use Z-Moves to perform mightily in battle!

The Z-Ring fits on a Trainer’s arm, and Z-Crystals are set into it. If a Pokémon holds the same variety of Z-Crystal, the two will be able to resonate with one another. Crystals that correspond to each Pokémon type have been found in the Alola region.

At first it seemed as though the Takara Tomy designed bracelet would only see a release in Japan, but after it was listed on the Pokemon International site, it appears a North American release will indeed happen. The Z-Ring bracelet itself is currently listed at 2,600 Yen or about $26 with one crystal. And there are special bundles that include up to 6 crystals for around $45.

The Z-Ring is scheduled for release in Japan around the same time as Pokemon Sun and Moon hit store shelves on November 18th. There is no specific date for North America at this time. But Amazon Prime members can get their hands on a Sun/Moon pre-order for just $31.99 shipped right now (Reg. $40)