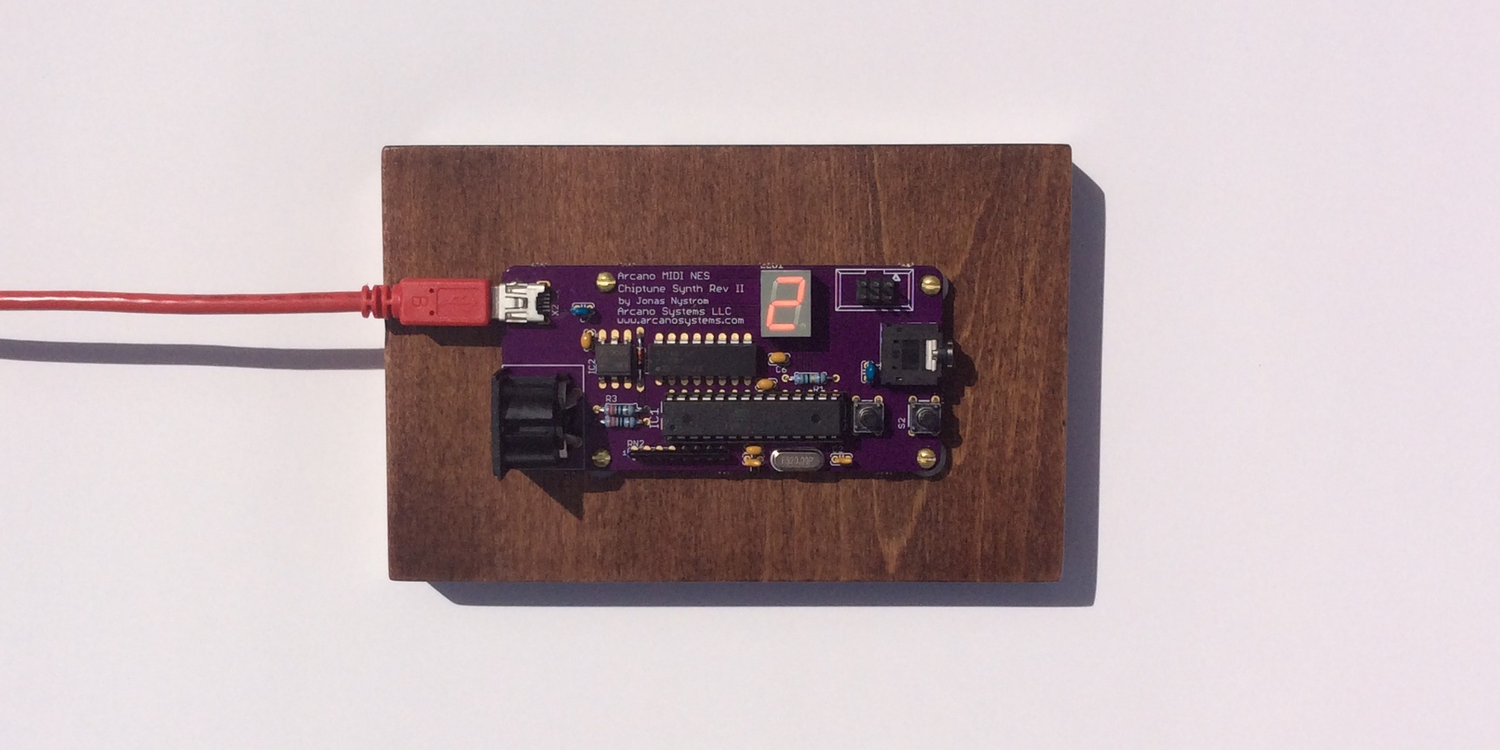 The 8-bit music heard in many of the classic games from the NES-era holds a special place in the hearts of gamers. While those chiptune sounds are the result of hardware restraints on the audio side of things inside of  the old consoles (really basic on-board synthesizers so-to-speak), composers were forced to get creative and make-do. Today, these sounds are very sought-after by some modern producers, despite the lo-fi approach.

These types of sounds can certainly be achieved in modern music production suites like Logic and GarageBand, but there is nothing quite like dedicated hardware when it comes to 8-bit synthesis. That’s where the folks at Arcano Systems and the NES Chiptune Synth II come into play.

The small synthesizer uses an embedded ATmega328 microcontroller to house 32 different preset chiptune patches made up of 8 different waveforms. There are 8 vibrato patches, an arpeggiator and 4-note polyphony. I’m dying to hear what the “8 Mega-Man-II-inspired two-channel echo/reverb patches” sound like as well.

You’ll also get your standard MIDI DIN input so you can play it with any basic MIDI controller, 1/8” audio out and mini-USB for power only.

This is the second run on Kickstarter for the NES Chiptune Synth II, giving prospective users a second chance to get their hands on one. Early backers can grab one for $85 right now before the price jumps to $90. You can also secure a wooden base for the otherwise exposed synth for a pledge of $105.