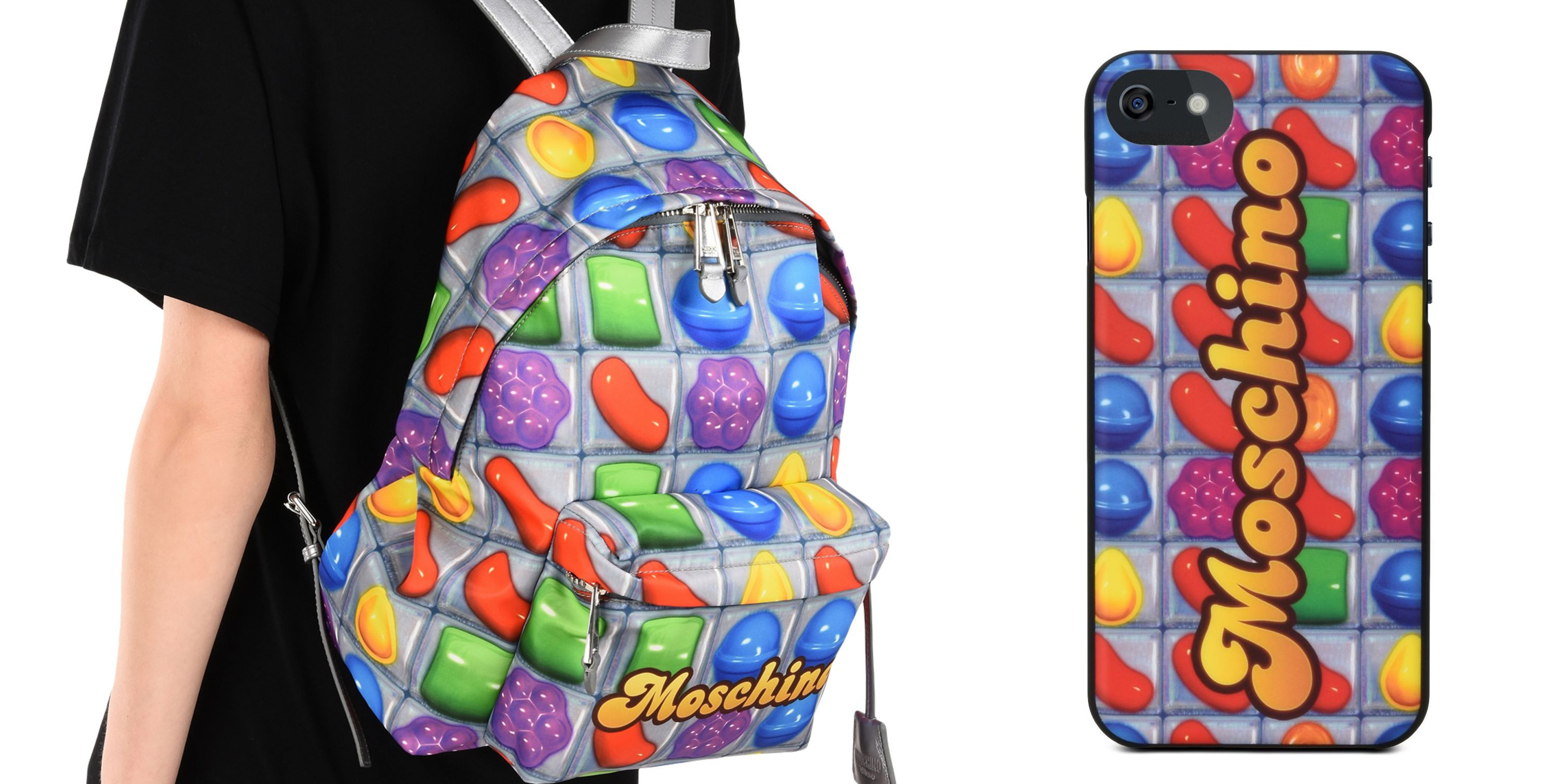 Candy Crush, one of the world’s most most popular casual games, is celebrating its fifth anniversary this year. On top of a few different celebratory promotions, the game’s developer, King, has teamed up with leading fashion brand Moschino to create an exclusive capsule collection to mark the occasion. The line will consist of a limited run of colorful Candy Crush-inspired apparel including a backpack, phone case and swimwear for men and women…

While certainly not for everyone, the brightly colored collection is described as “summer festival must-haves” and clearly draws inspiration from modern, forward-thinking fashion sensibilities. Which isn’t hard to believe even slightly considering acclaimed Moschino creative director Jeremy Scott has his hand in the design of the collection. Scott is well known for setting fashion trends and his, sometimes, eccentric aesthetic. He has worked with adidas on custom made shoes and an ever expanding list of celebrities including everyone from Beyonce and Rhianna to Lady Gaga, Ariana Grande and Kanye West, Justin Bieber and A$AP Rocky.

If you have never had a chance to see Scott’s adidas wing shoe design, now’s your chance. I bet you look great in the all-gold Batmans or the A$AP black flags.

“As someone who is inspired by pop culture, it was only a matter of time till I’d play with the iconography of Candy Crush…The only thing I love more than playing the game is wearing it,” said Scott. Well I’m not sure its the only thing he loves more, Scott has certainly dropped some of his genius on the line.

The launch of the new capsule line will come together during the Coachella music festival at an “exclusive star-studded Moschino Candy Crush Desert Party” none of us will be going to. Hit me up in the comments if you have an extra ticket.

Anyone familiar with the name Jeremy Scott probably already assumed this stuff wasn’t going to be cheap. The Candy Crush X Moschino backpack will run you $650, the phone case goes for $70 and men’s and women’s swimwear goes for $250 and $300 respectively. Everything is already up for sale on the Moschino site, but the press release states they will only be available while supplies last. So if you absolutely must have your very own Moschino X Candy Crush bag, jump on it while you can.

You’ll find even more Fashion news right here along with all the best apparel deals and more.