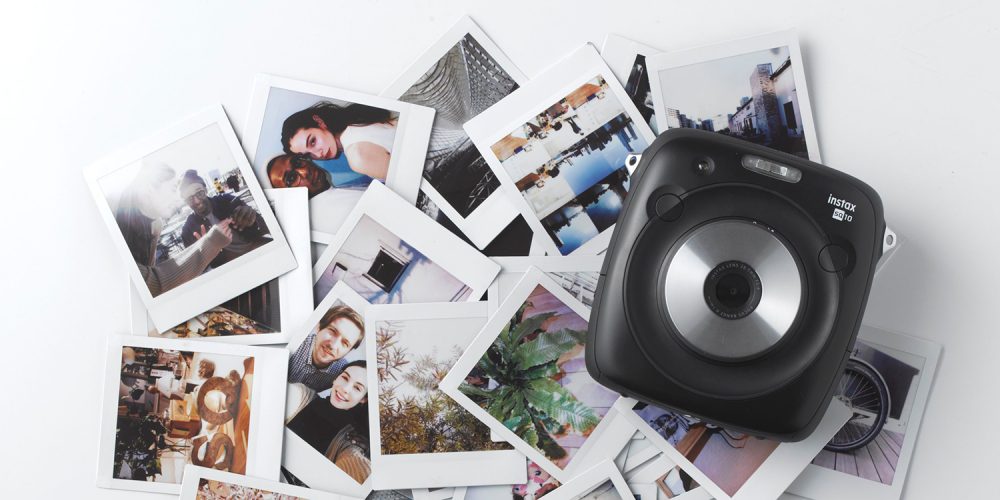 Fujifilm has launched its latest instant camera, the SQUARE SQ10. Playing off the success of Instagram, it uses a square aspect ratio to instantly deliver your pictures while on-the-go. The retro-inspired camera is said to offer a number of improvements that have plagued this product category for some time. A redesigned sensor will bring brighter photos in low-light conditions as well as better performance at closer range. The hybrid digital and instant shooter promises to bridge the gap between our digital and analog lifestyles, with a few key features.

Today’s news is based around the Fujifilm instax SQUARE film medium that is also launching alongside this camera. The 1 x 1 aspect ratio is made to match with Instagram’s popular formatting. It also brings us back to the days of Polaroid’s instant cameras.

Photographers will be able to edit with three different sets of controls, which include filters, vignette and brightness. The former offers 10 different effects while the latter two bring 19 sets of adjustment. All of this occurs on the camera’s three-inch color display which is manipulated by a six-way controller just below.

Fujifilm takes us back to the old days with its retro-inspired design. Much like the film, the camera itself is square with a dual shutter system that allows for left and right-handed photographers to shoot freely. A built-in flash sits just above the metallic lens ring, which can be adjusted for just the right shot. 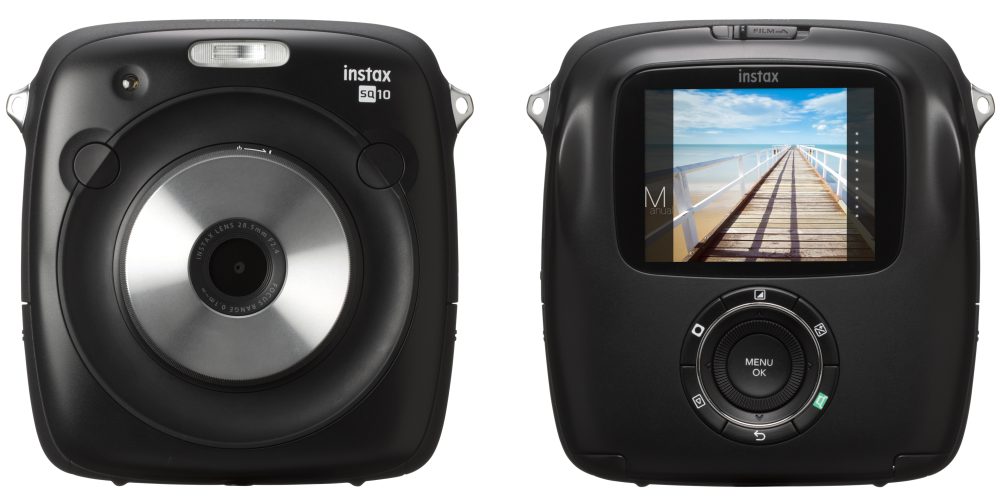 The SQ10 is powered by an internal battery that can handle up to 160 photographs taken on a full charge. Internal memory can hold roughly 50 images, or you can supply your own microSD card too. Its built-in printer can produce a finished image in about 12 seconds with the capacity to handle 160 sheets of paper.

Overall, this new camera from Fujifilm isn’t going to revolutionize the photography world. That said, with Instagram dominating the mobile content creation scene, there is certainly a place for this device. What we would’ve like to have seen is the ability to wireless transfer images back and forth between devices. Imagine taking a photo with your iPhone 7 and quickly printing out a copy with this camera, or sharing your Fujifilm images on social media services. While this is technically possible, it does involve a few extra steps. The inclusion of smartphone integration would’ve really put this camera over the top in our eyes.

Fujifilm is expected to release its latest camera in May with a price of $279. It is available for pre-order today at Amazon.