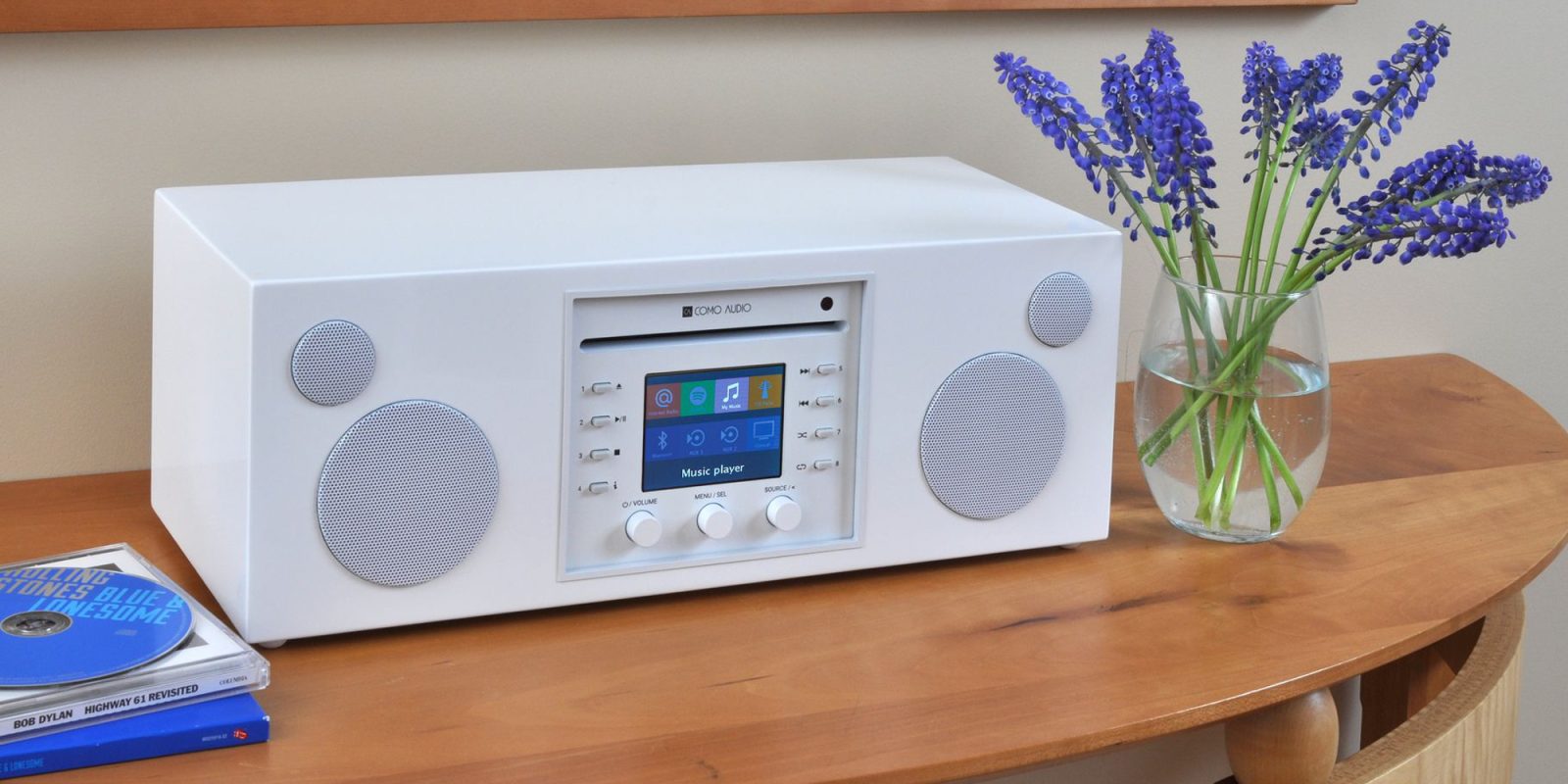 Smart speakers have been extremely popular recently and it seems like a new model is released every day. Most have a similar array of features, so design plays a fairly large roll in standing out from the competition. Today, Como Audio has announced two new speakers, Amico and Musica, which both match the iconic style of other products in the company’s lineup.

Musica is the larger of the two speakers and is designed for home use, rather than jamming out on-the-go. It sports a 3.2-inch display and eight customizable preset options. Specified stations or services can be mapped to these different buttons,  providing quick access to your favorite tunes. Audio can be streamed from various services like Spotify Connect, Deezer, Napster, and Amazon Music, as well as the built-in USB or auxiliary inputs.

Adhering to the retro vibe of the speaker, Musica comes equipped with a CD player. While not necessarily a highly demanded feature, this is certainly something that we haven’t seen recently at all, especially in more expensive Wi-Fi speakers.

Similarly to the rest of Como Audio’s lineup, Musica can initially connect over NFC, providing fast pairing for devices that support it. It’s also backed up by Wi-Fi for playback control.

Amico on the other hand was designed for portability. Encased in an outer shell weighing only three and a half pounds, it adds a travel-friendly speaker to Como Audio’s offerings. 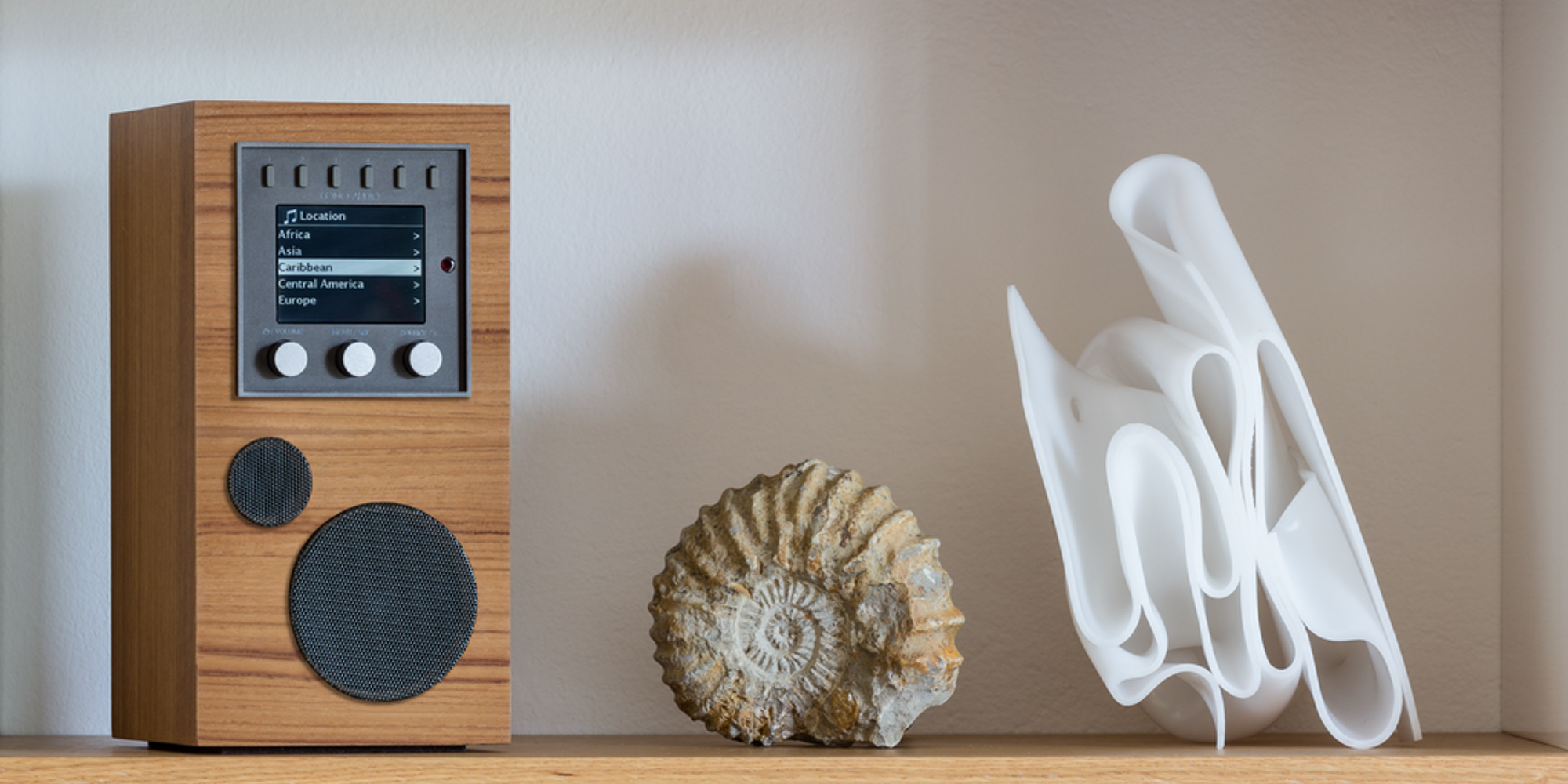 Housed within the wooden casing, Amico packs a three-inch soundwoofer with a four layer voice coil, as well as a 3/4-inch dome tweeter. An almost three-inch display allows you to tweak various settings like EQ and more. Just as with the Musica, audio can be streamed from a variety of sources. Amico’s small form-factor pairs nicely with its multi-room audio capabilities, which allow you to sync several units’ audio playback together.

This is all powered by a battery which is said to provide up to eight hours of audio playback at a volume level of 60%. Charge time is around half of that, taking around four hours to fully power up. Amico sports four high-res inputs, two analog, one optical and a single USB port. A companion iOS and Android app allows you to control the speaker remotely, which lets you to switch between audio sources, save station presets, tweak volume levels and more.

Both models of Como Audio’s new speakers will be launching on Kickstarter before facing a widespread release in October. Musica’s campaign hasn’t launched yet, but it will soon be available for backing at $599, while Amico will retail for $399.

Amico is a beautiful, compact hardwood box made out of marine plywood and finished in teak hardwood that delivers big, room-filling audio with no smart device required. It’s a simple, all-in-one solution to streaming music with the ability to be taken with you wherever you want to enjoy your music. When you stream music straight from your Amico, your phone stays free to do everything else. Never waste your phone’s battery with streaming again.