While Konami previously soft launched its PES 2017 mobile title, the game is now ready for wide spread release. The company is looking to bring its stellar console experience over to the mobile space with what it calls a natural control system for touch screens on iOS and Android devices. Head below for more details on the PES 2017 Pro Evolution Soccer for mobile…

FIFA has certainly run the game for a while now with a massive install-base on consoles along with its own, very highly-rated mobile title. But Konami has had enough and is now looking to bring some competition to the mobile space as well.

This is a full soccer experience brought to mobile that runs on the exact same game engine the development team used in the original PES console series, according to Konami. The publisher will also be bringing its relationships with the sport over to the on-the-go title with official licenses all over the place. Real football clubs including FC Barcelona, Liverpool and Borussia Dortmund, and even exclusive use of the UEFA Champions League tournament are a just a few examples here.

All of the typical game modes are included here as well, along with the ability to use international scouts to pluck new talent from around the world in order to build your ideal squad. You can expect all the usuals from full season campaigns, and online/local matchups, to training and practice modes as well as a host of manager simulation elements. 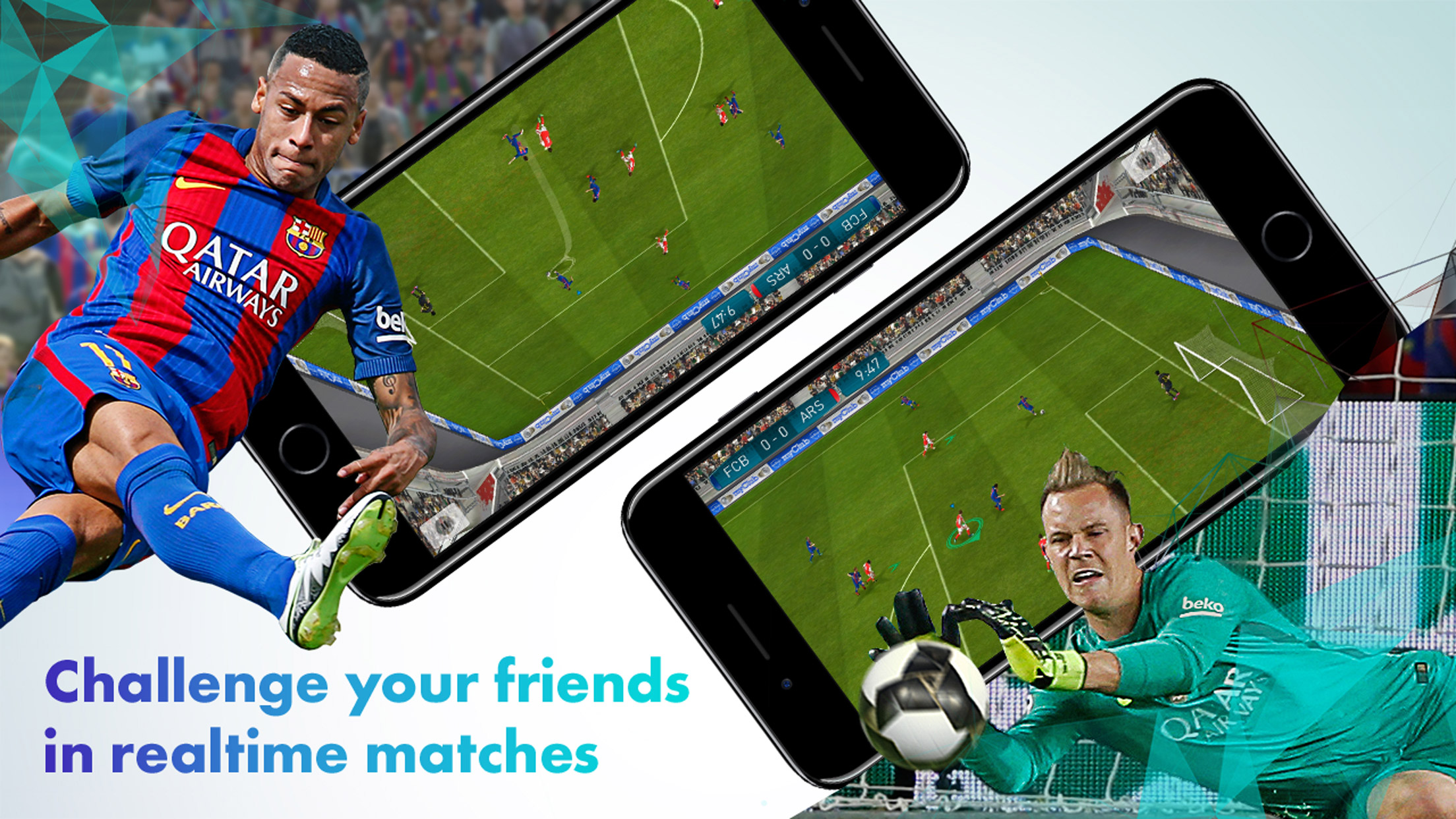 Konami is porting over all of the realistic character stats and movement from the console engine along with what sounds like a pretty nuanced level of control over your players on the field. You’ll be able to do all the typical stuff as well as develop what the developer refers to as advanced techniques like faint and one-two passes.

You can see some gameplay footage on the video over at Google Play.

Unfortunately we still don’t have an official release date on the free-to-play game outside of “late May 2017”, but there is an early registration with some bonus goodies kicking off today:

With only a few weeks at max left until release, we thought it would be a good idea to give anyone interested in title a shot at the bonus items. Just remember, you’ll need to pre-register on this page before the game actually releases and then claim the bonuses before “23/08/2017 (Wed) at 4:59 (UTC).” We are already seeing a listing for the game on Google Play, but nothing yet on the App Store.