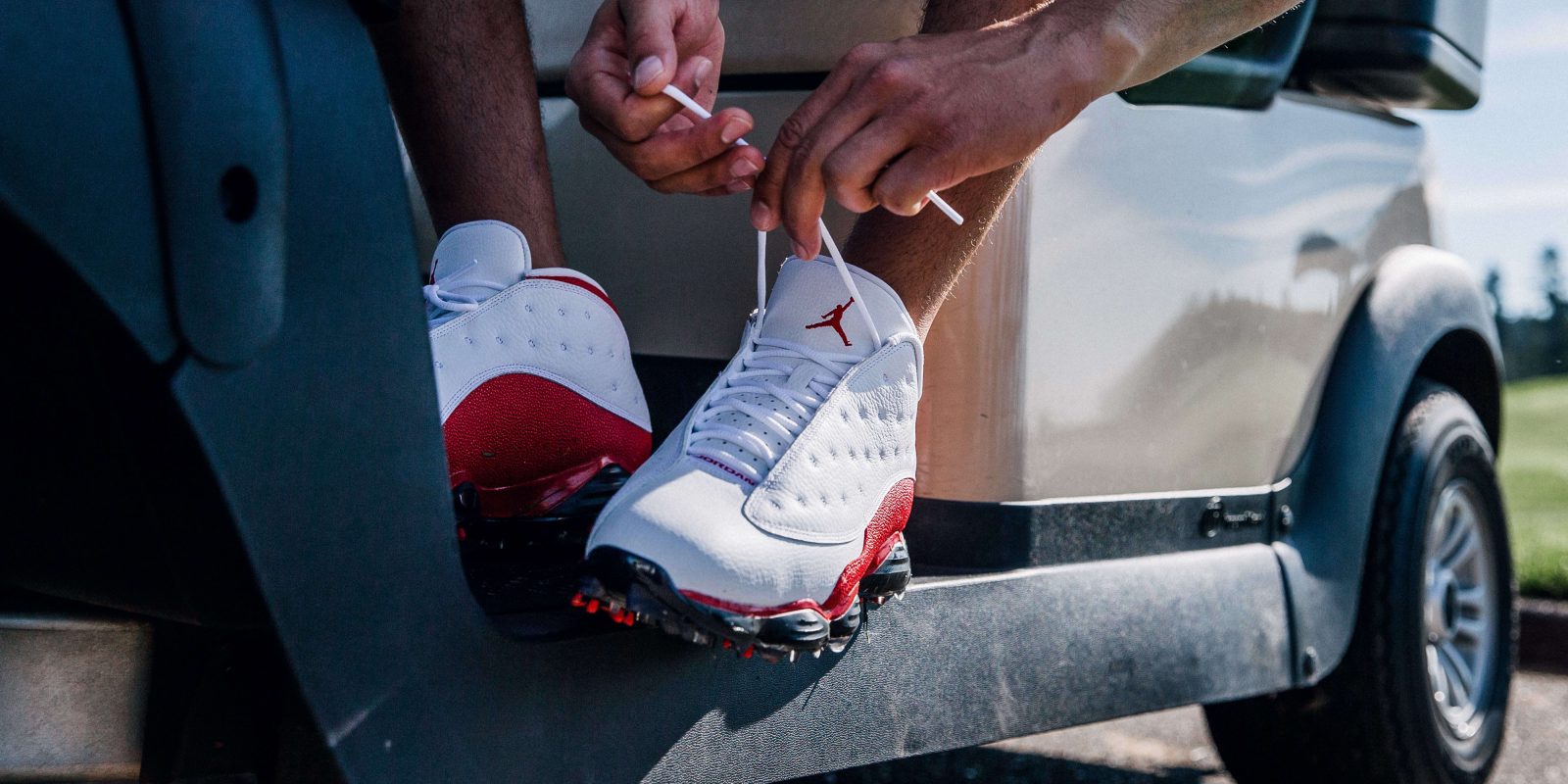 Michael Jordan’s iconic Nike-backed Jordan Brand has dominated the world of basketball shoes for years. And while many think of MJ for his on-court greatness, he’s also known for his impressive golfing acumen as well. Jordan has expanded his empire over the years in a variety of ways, including sports other than basketball.

Following in the footsteps of the Air Jordan 9 and 1 Golf, Nike is introducing the new Air Jordan 13 this week. Leaning on the memorable 1997 design, these new golf shoes bring style and performance to the course in a whole new way. That is, if you can get your hands on them…

Over the last 15 years or so, the Jordan Brand has been re-releasing popular designs as “retro” re-makes. The popularity of doing so has clearly led Nike to explore this idea with other product categories as well. This is hardly a surprising move, as the Jordan Brand has been printing money as of late with estimates of annual sales coming in at nearly three billion dollars.

The new Air Jordan 13 Golf is reminiscent of the original basketball released with a nearly identical leather upper. These are a low-top style shoe, which will obviously go with both shorts and pants on the course.

A Lunarlon insole is designed to offer increased comfort during longer rounds, as Nike has switched out the materials from its basketball model. There are also waterproof mudguards to help keep your feet dry throughout your entire round. 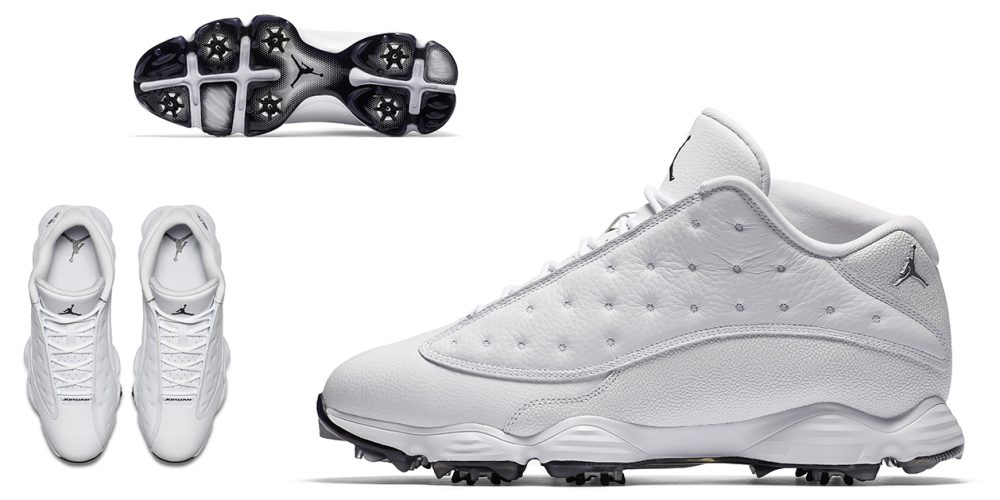 Nike will be releasing the Air Jordan 13 Golf in two styles at launch. Both models will feature white leather uppers with the option of University Red or Black secondary colors. Much like every popular Nike release these days, you’ll get your first crack at copping a pair via the SNKRS app on May 18th. The following day, these shoes will be available on Nike.com.

The Jordan 13 Golf is set to retail for $200 when it hits virtual shelves on Thursday.

Not quite ready to drop $200 on a new pair of golf shoes? Amazon offers a wide-range of styles and options from top-brands like Adidas, Puma and more. I’m personally rather partial to the Climacool Golf Spikeless, which has more of a bare-foot runner look and feel.

If you’re looking for a unique pair, it’s tough to go wrong with Nike’s Air Force One-inspired shoes that are currently priced at around $140 over at Nike.com. Shop the entire selection for even more styles that will help you standout on the course.