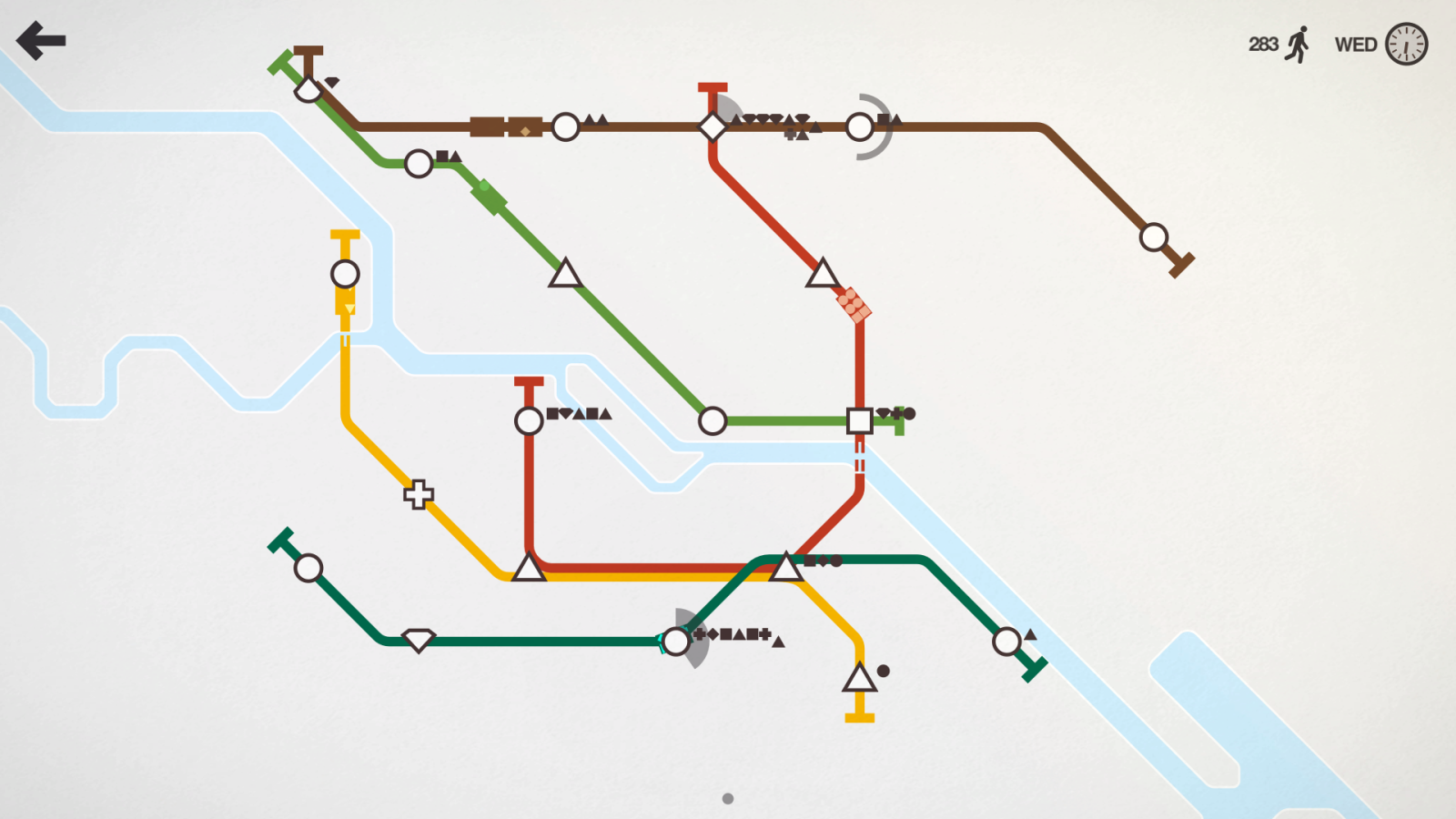 The fantastic puzzler Mini Metro for iOS is now getting a sweet little price drop. After what has been one of the best week’s for iOS price drops this year, Mini Metro is now just $1. This is the first time we have seen it dip this low since December of last year, after sitting at around $5 since. It has garnered a 4+ star rating from over 3,000 gamers.

• Mac Game of the Year in over 30 countries

Mini Metro is a game about designing a subway map for a growing city. Draw lines between stations and start your trains running. Keep your routes efficient by redrawing them as new stations open. Decide where to use your limited resources. How long can you keep the city moving?

• A variety of upgrades so you can tailor your network

• Normal mode for quick scored games, or Extreme for the ultimate challenge

• Compete against the world every day with the Daily Challenge 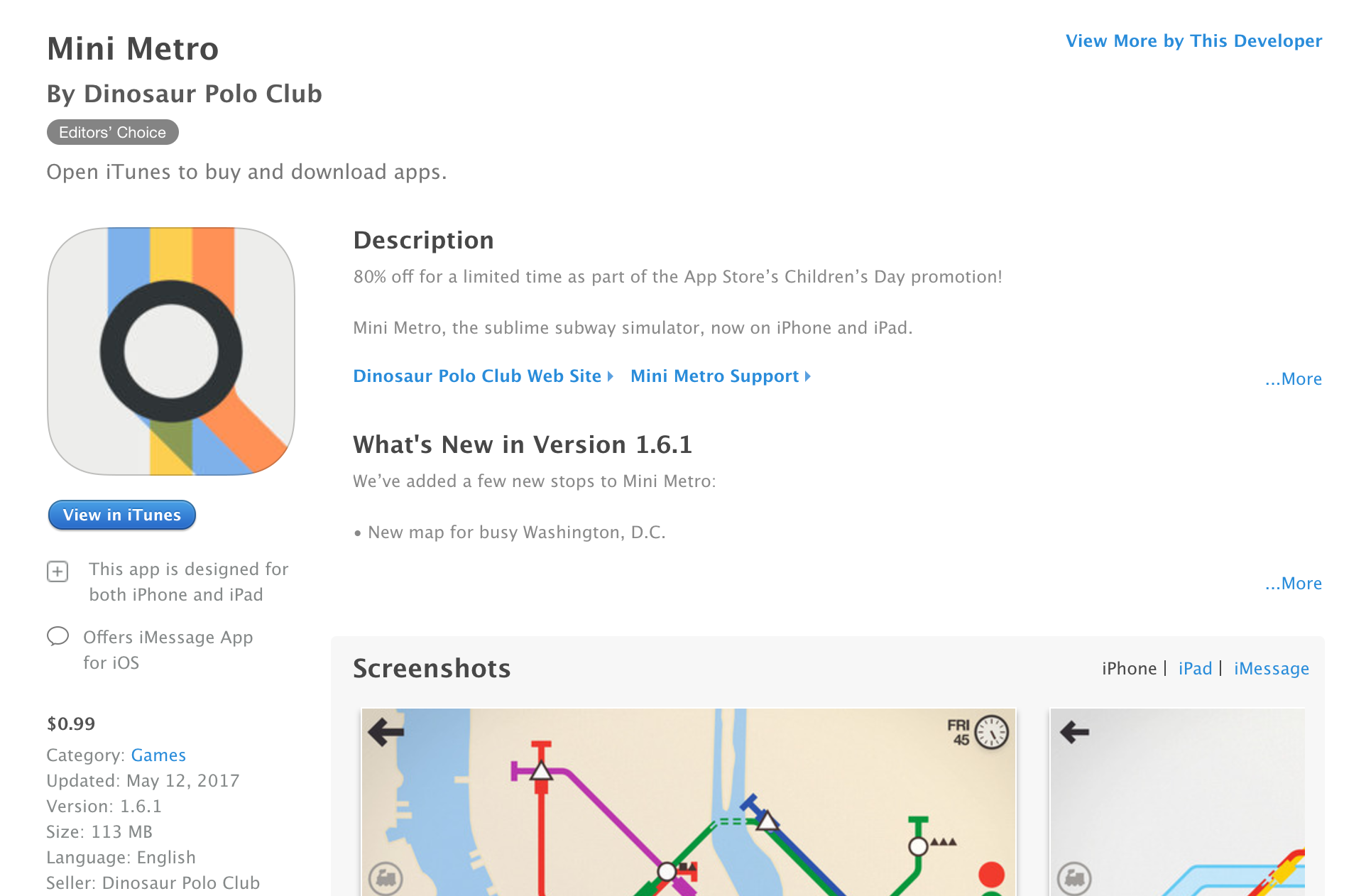