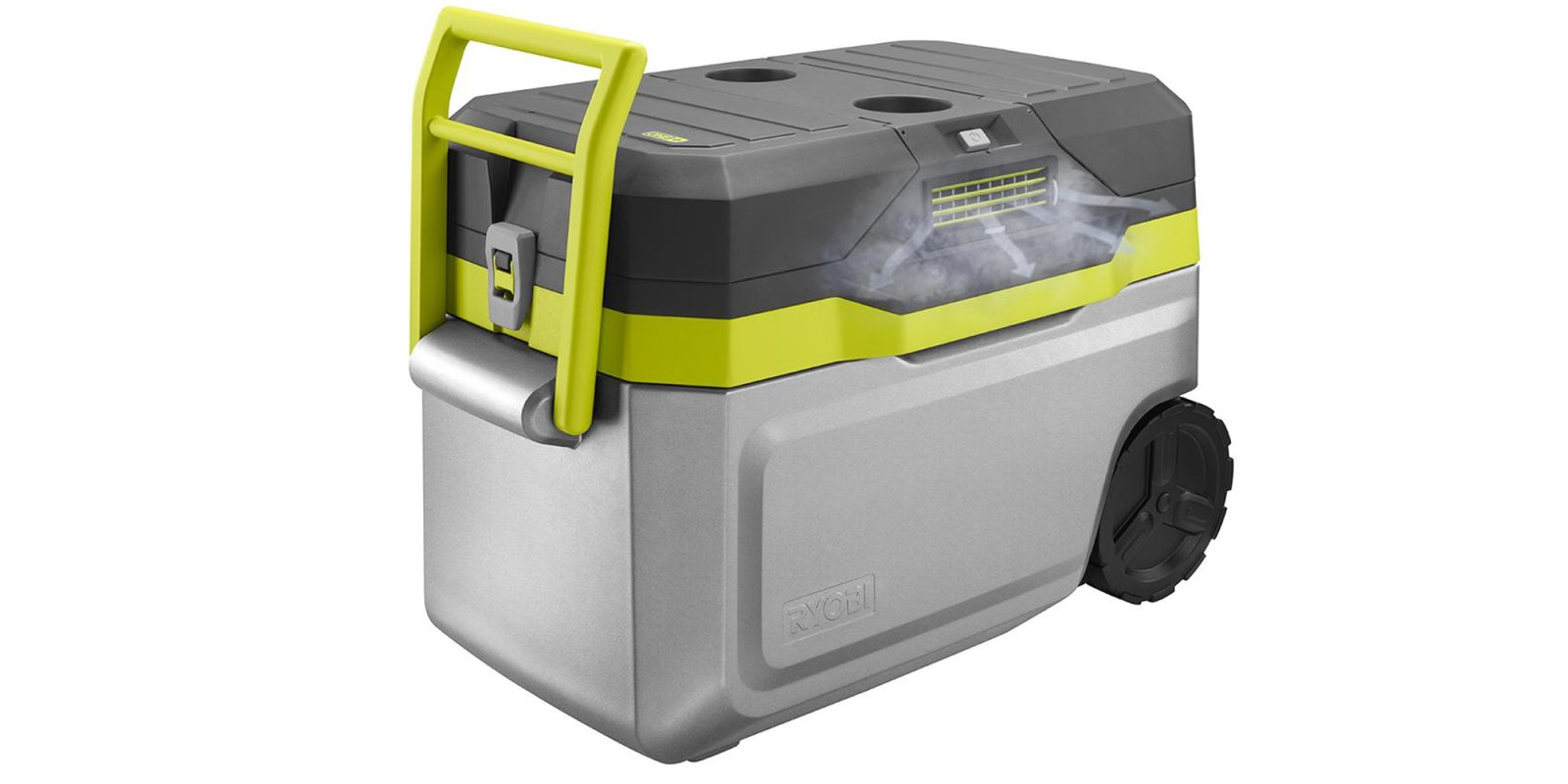 A few months ago we’ve come across a nice coffee table that is also a refrigerator. Now let’s look at a cooler that makes use of the temperature that already exists inside, and provides cold air to users to enjoy in the hot weather.

Ryobi’s Air Conditioned Cooler may not be a “smart device”, but it sure does act smart. As you can imagine, this is a classic portable cooler that can be rolled to and from your outdoor summer destinations, with an added bonus. Not only will it chill sodas and beers for you, but it’ll also cool you down in the coming summer months by recycling the cold air and blasting it via an air vent.

The Cooling Cooler, as Ryobi calls it, fits up to 50 quarts of storage in the main compartment. If you prefer, the cooler is also deep enough for tall bottles to stand upright. An additional compartment allows for storage of smaller items such as cell phones, keys, or sunscreen. The lid to this compartment acts as two drink holders when closed.

As for the bonus feature, the A/C unit is powered by a rechargeable 18-volt battery which can run for over 4 hours according to Ryobi. The cooler was built in accordance with the company’s ONE+ system, meaning that it’ll work with a range of higher-capacity lithium power cells. If pursued, the lifetime can be extended by as much as four times.

To compare with other existing similar items, the Coleman Xtreme 5 Wheeled Cooler gets you a limited experience of ice cubes and cup holders. While simple and less functional, these coolers are classics and this one is also only $60. Be that as it may, the Yeti Tundra 35 is a $300 cooler, probably priced for it’s ability to keep cool and its ultra durability.

An average family could surely see the benefit in upgrading to Ryobi’s cooler from a Coleman, for example. A camping trip in the summer is a perfect place to bring this type of cooler along. It’ll cool down your tent and will keep the happiness and comfort going throughout the trip. 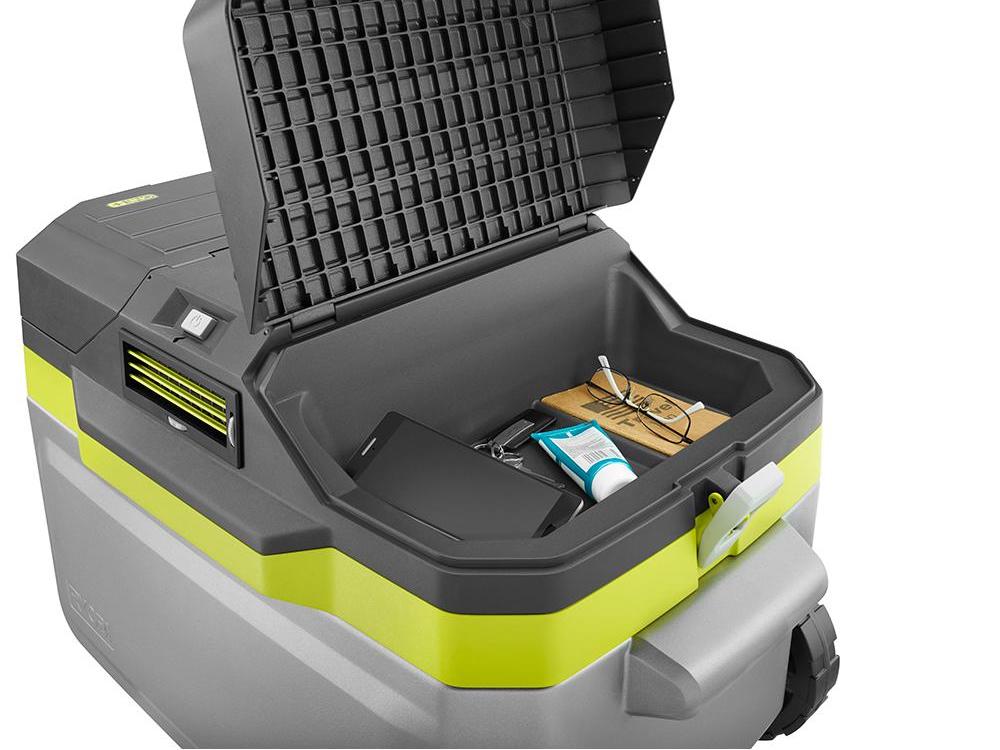 Another nice bonus would be to have a USB port that charges our devices while on our trips. The description does not include that feature, but hopefully Ryobi can integrate an addition like that in the near future.

Ryobi’s Cooling Cooler is currently going for $199 at Home Depot with free shipping.

$199
You’re reading 9to5Toys — experts digging up all the latest technology and lifestyle deals, day after day. Be sure to check out our homepage for all the latest news, and follow 9to5Toys on Twitter, Facebook, and LinkedIn to stay in the loop. Don’t know where to start? Check out the best Apple deals, our daily podcast, and subscribe to our YouTube channel