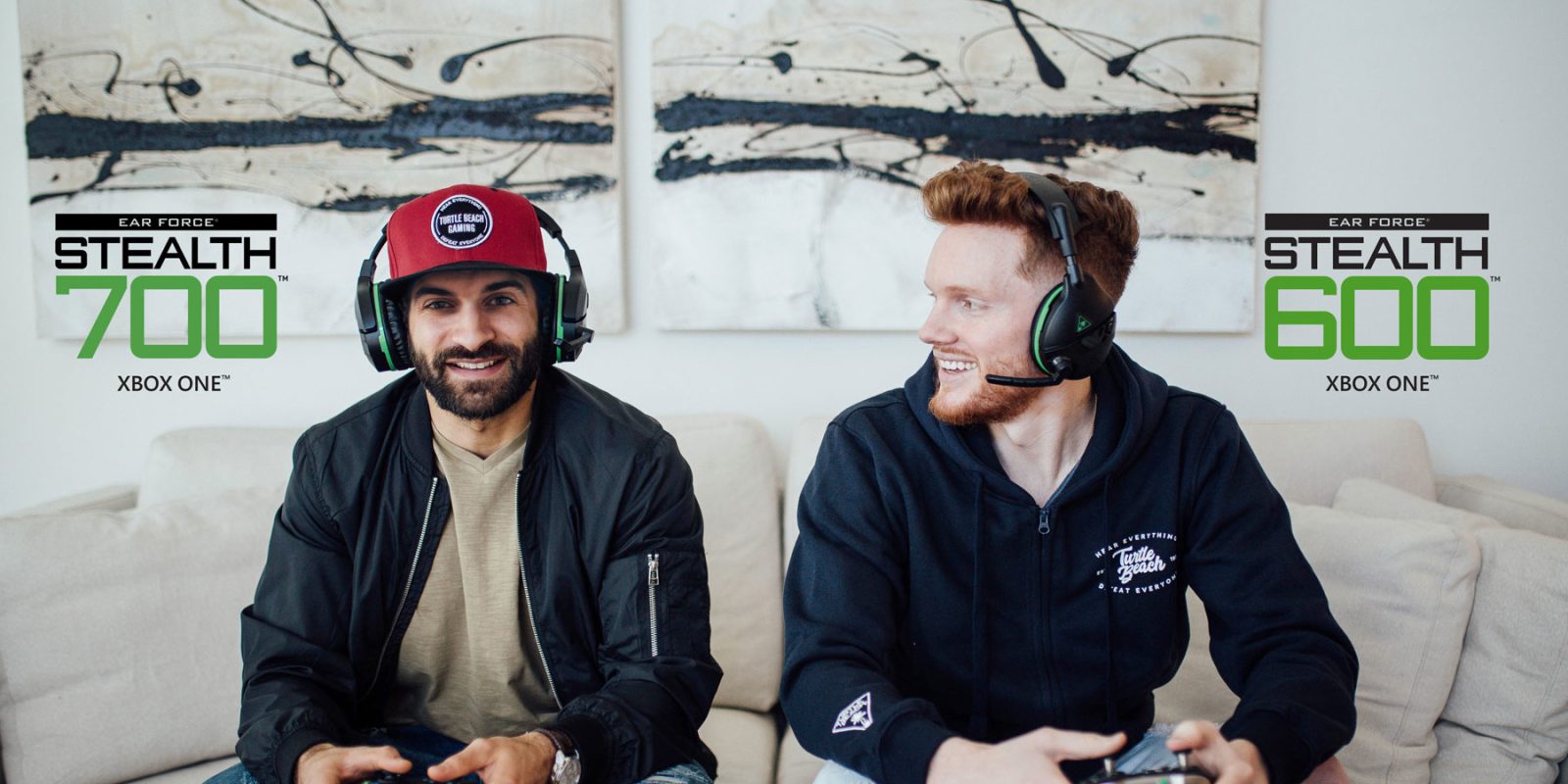 With E3 just around the corner, Turtle Beach has beat many manufacturers to the punch with a new round of accessories for Xbox One and PlayStation. The latest release is a pair of Stealth headsets, as you might’ve guessed, designed with new surround sound tech and classic looks. Xbox One users may be particularly interested in the newest Turtle Beach release as both models sport Microsoft’s easy-pairing wireless connection technology. Full details below.

Turtle Beach is known as the alpha dog in the world of gaming accessories as its popular headsets have long dominated the market. And for good reason. The mix of premium materials and design standout from the pack. Its latest Stealth 600 and 700 headsets offer two levels of features and pricing, depending on your needs.

The lower-level 600 model has a $99.99 price and includes wireless surround-sound and a “glasses-friendly” design. It will also have the usual access to Turtle Beach’s Signature Sound profiles that can be customized for different games. That includes Super Human Hearing, which is a must-have for shooters.

Stepping up to the 700 series delivers a beefier look than the 600 that’s more in-line with previously-released Elite headset (reviewed here). Paying the extra $50 will deliver all of the same features mentioned above plus active noise cancellation and the ability to pair via Bluetooth. Both models sport built-in adjustable microphones and 50mm drivers that deliver “crisp highs and deep, thundering lows.”

Another difference between the headset is the material used. The 600 model sports a “breathable” mesh fabric, while Turtle Beach’s 700 series uses a synthetic material. This is a key feature to point out, as you’ll want to be comfortable on those long gaming sessions. I personally prefer the synthetic material that’s found on the 800X Elite.

Both of the new Turtle Beach headsets are available for pre-order today direct from the manufacturer at $99.99 and $149.99 respectively. Orders are slated to begin shipping in September, which is a rather disappointing wait. Considering there are so many other options on the market today, you’d think Turtle Beach would want to push these out as quickly as possible.

Interested in a new headset for your gaming setup? Turtle Beach has a wide-range of accessories available at Amazon with the best-selling Ear Force Recon 50X model currently selling for $35. It’s compatible with both Xbox One and PlayStation 4, making it an inexpensive way to upgrade over the included headset for each console. Shop the entire selection for more.