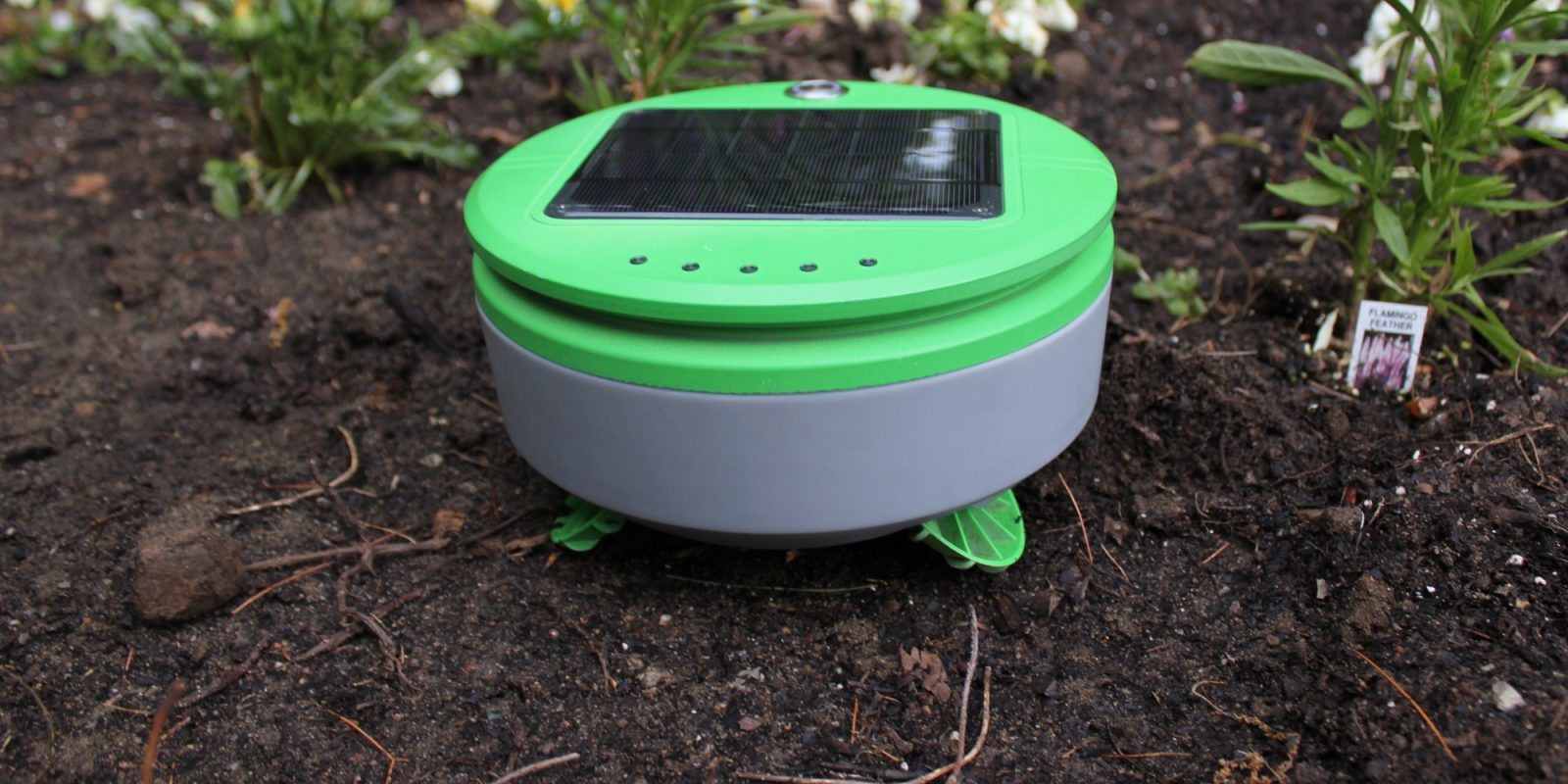 Gardening is pretty common hobby, whether it’s for having the most beautiful home exterior on the block, or growing delicious vegetables in your backyard. As fun as digging, planting and watering may be, handling weeds is a completely different story. That’s where Tertill, the completely autonomous, solar-powered weeding robot comes in.

At first glance, you might be inclined to think of Tertill as simply a Roomba for your garden, and you actually wouldn’t be that far off. Created by the same mind that brought Roomba into the world all those years ago, roboticist Joe Jones hopes to introduce the same autonomy into the task of keeping our gardens weed-free.

Design-wise, Tertill inherits the same overarching aesthetic encompassed by its household relative. Just like the Roomba, Tertill is housed in a cylindrical casing and weighs under 3-lbs. Of course, not all is the same with the two robots; Tertill sports massive wheels for traversing one’s garden. You’ll also notice a very prominently placed solar panel lining the top of the bot’s shell. Most importantly, Tertill is entirely weather-proof, so it should have no issues surviving any bouts of rain or storm it may face.

Looking into the robot’s functionality, you’ll start to notice even more differences between Tertill and its home-bound sibling. Rather than a dust collection and storage system, Tertill is equipped with a weed-wacker and is packed with sensors to help correctly identify those pesky garden intruders. Thanks to Tertill’s solar panel and built-in rechargeable battery, you’ll also never have to worry about charging the device.

Tertill is also intelligent about how it uses it battery. So on cloudy days, the bot hunts down weeds less often. While on days full of sun, Tertill can be as aggressive as it needs to. Fortunately for Tertill, long stretches of cloudy days also means that weeds won’t be growing as quickly.

You might be asking yourself, how can Tertill tell the difference between an annoying weed and your coveted petunias? Well it’s apparently super simple; weeds are short, plants are tall, so anything small enough to fit underneath Tertill will extermination. And because Tertill is constantly patrolling your garden, any weed it finds will be taken care of before it can grow.

As of now, Tertill’s Kickstarter campaign has raised over $35,000 towards its $120,000 goal. With 29 days to go, there’s still time to preorder starting at introductory price of $225. If all goes as planned, Tertill will be deploying to its garden stations in May of 2018. Unfortunately, there doesn’t seem to be any alternatives on the market right now. So if you’re in desperate need of some automated weed control, you might be able to get the job done by adding a pair of scissors to your Roomba.