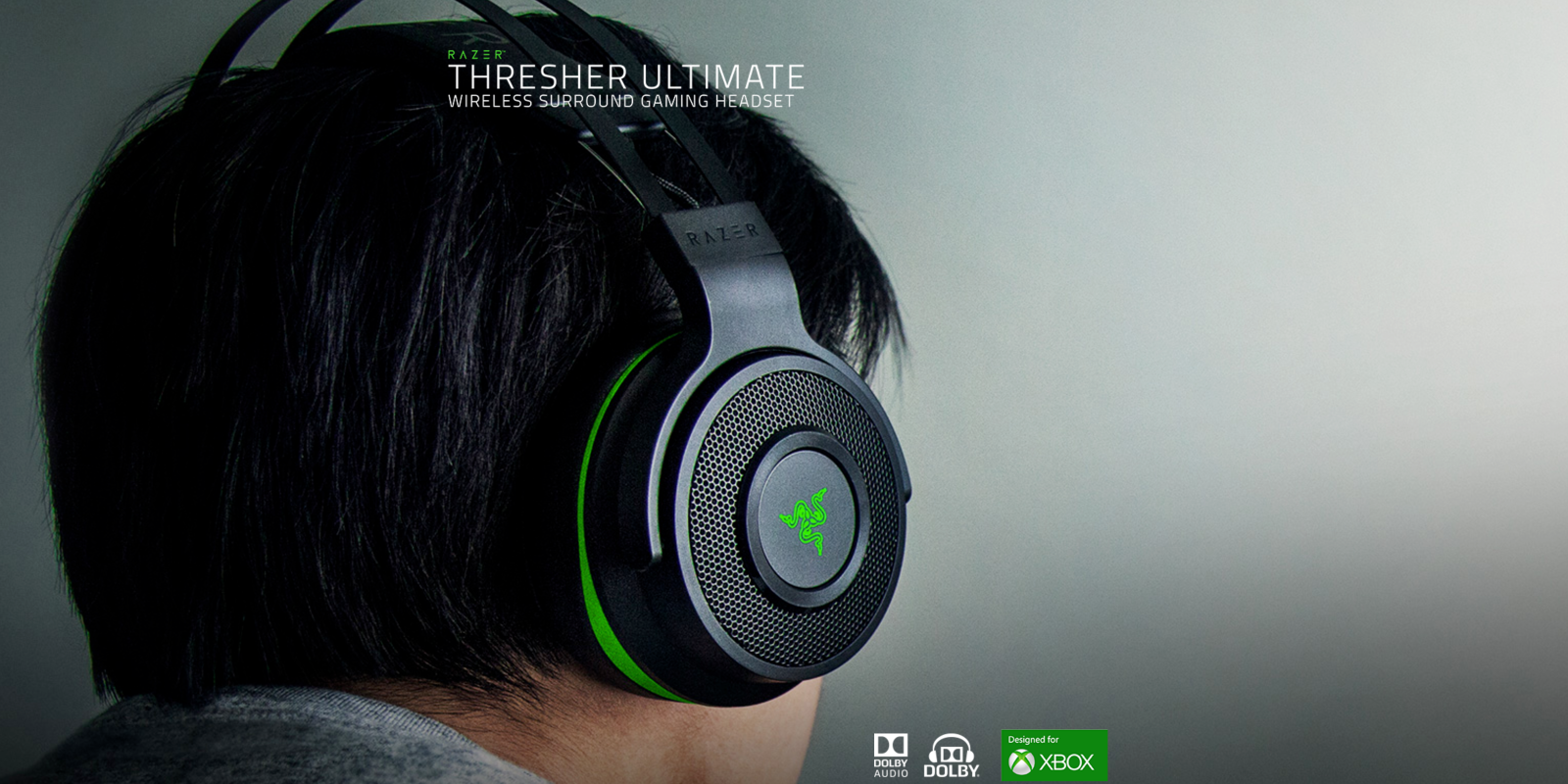 Razer is well known for its PC gaming accessories from hardcore headsets to keyboards, mice and more. While the company does have some products available for console gamers, it is a much more limited selection. Good news is the company is set to debut a brand new headset with support for PC as well as PlayStation 4 and Xbox One.

Razer’s new Thresher Ultimate headset boasts some pretty impressive specs, although it is going to cost you.

The headset delivers 7.1 Dolby surround sound via its 50 mm drivers with neodymium magnets. It comes in at under 1 pound in weight and features noise-isolation leatherette ear cushions, on-headset controls (for mic volume, game and voice chat balance on PS4 or master volume on Xbox One), foam indentations to keeps things comfortable during long gaming sessions and more. You’ll also get a built-in/retractable boom mic that stows away inside the ear cup completely when not in use. It appears as though there will be some cooling-gel infused ear cushions available, but it sounds like they will be an extra purchase.

Along with a full-range frequency response from 12 to 28,000 Hz, these cans have a signal-to-noise ratio under 55db and a 32 Ohm impedance (meaning they will not require an external DAC/headphone amp).

Thresher Ultimate is completely wireless at 2.4GHz with a 40-foot range. It will take around 4 hours to charge them up, at which point you’ll get around 16 hours of use. Fortunately, Razer is throwing in a headset stand and audio hub base station to keep the charging and storing process organized and simple.

The headset is officially licensed by Microsoft for use on all Xbox One consoles (including Xbox One X), but there is no mention of PS4 in terms of official authorization from Sony, despite being totally compatible with the console. Both versions are shipping in June 2017 for a US price tag of $249.99 (PS4 version here). Clearly, these are for gamers that take their experience seriously. There are plenty of options out there for a fraction of the price, should this be a little overkill for you.

Razer’s rich history in hardware continues to extend into console. The Thresher Ultimate is joined by Razer’s tournament-grade Wildcat and Raiju controllers, while the company’s Atrox and Panthera fightsticks are used by the most renowned professional fighting game players.

For all things gaming, head over to our Games/Apps Guide and you’ll find everything you need to know about this year’s E3 announcements right here.