Kickstarter Gold brings back popular projects with new features, for a limited time 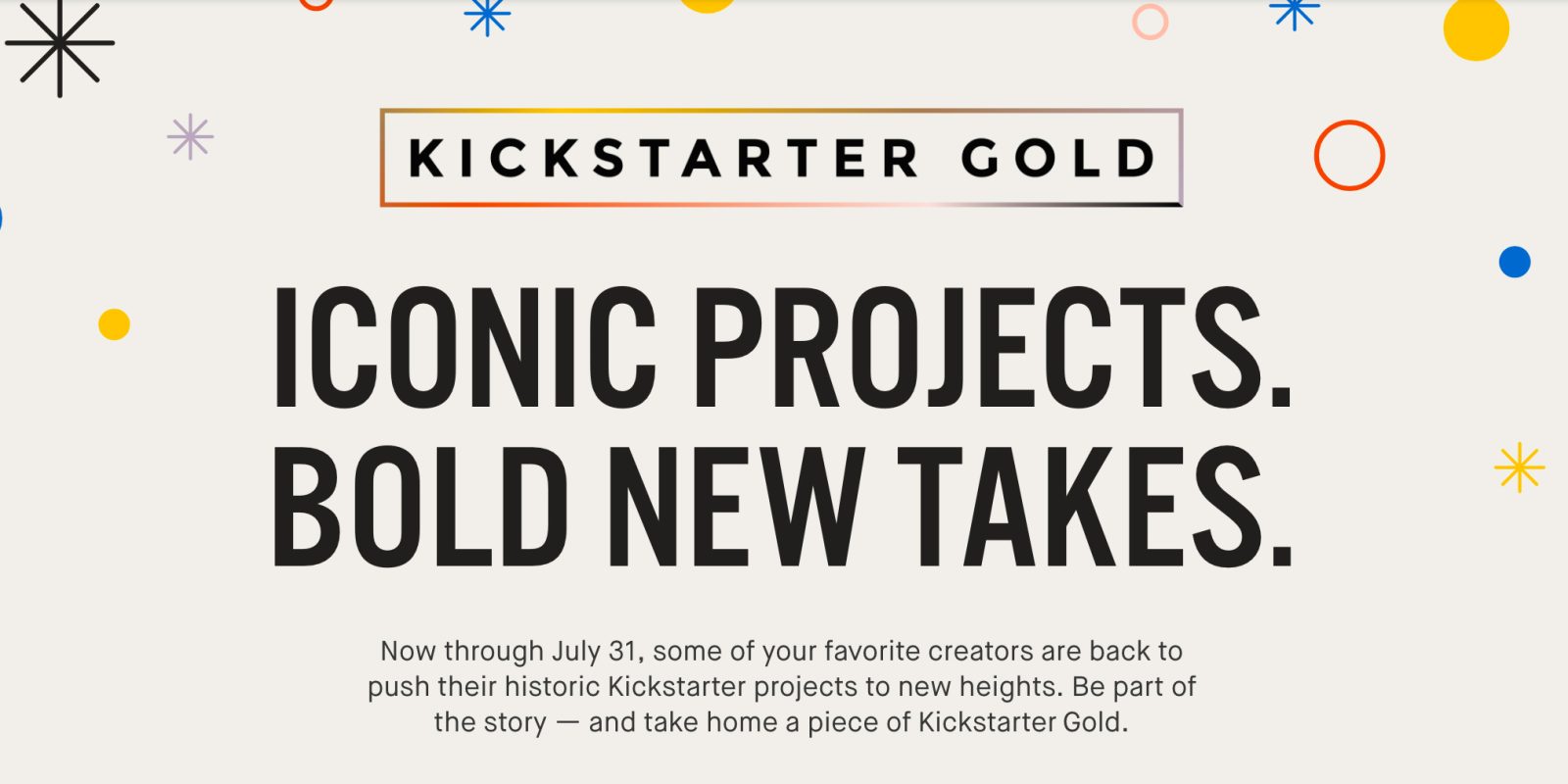 Kickstarter is a great place to launch products for new inventors or those that are looking for funding and have exhausted all other options. We feature a handful of the coolest projects each week here on 9to5Toys that have caught our interest. And while some have succeeded and gone on to ship from Amazon and other trusted retailers, others have not. It’s an issue that has plagued Kickstarter from the beginning, leaving some with an uneasy feeling.

Well aware of this issue, Kickstarter is looking for ways to bring back established inventors that are success stories for more. This week we saw the launch of Kickstarter Gold, which is a limited time promotion running through July that offers old projects with new twists. Head below to see which campaigns have returned for a second pass.

Kickstarter is making a refreshed effort to deliver the “Kickstarter we want to see” according to director of curation and content, Willa Köerner. That starts with launching around 50 “Gold” projects over the course of this week that will run through the end of July. Each campaign in this collection has been hand-selected, so you can rest assured these creators are on solid footing. Kickstarter claims that repeat users are responsible for over 33% of all successful campaigns. That data suggests Gold should be a hit with backers and inventors alike.

You’ll recall popular projects like The People’s Speaker, which has already flown past its Kickstarter Gold goal in just 24 hours. This project has been upgraded for its re-release with a new music remote and the addition of Bluetooth connectivity. If you missed it the first time around, this is your chance to pick one up for as little as $240.

3Doodler is also coming back with a limited edition Star Trek version of its popular 3D pen. This well-established brand is shipping this version of its Kickstarter-backed project for $99. Again, in just 24 hours time this listing has surpassed its initial goal.

The ultimate hope of Kickstarter Gold is to renew the hope that crowdfunding can deliver great projects, in a timely and trustworthy fashion. Hopefully there will be enough interest from backers that Kickstarter will bring back more success stories for an additional round of funding. Nearly all of the listings in this promotion have fully reached their respective funding goals, so Kickstarter appears to be seeing the desired response from backers. You can learn more about Kickstarter Gold here.