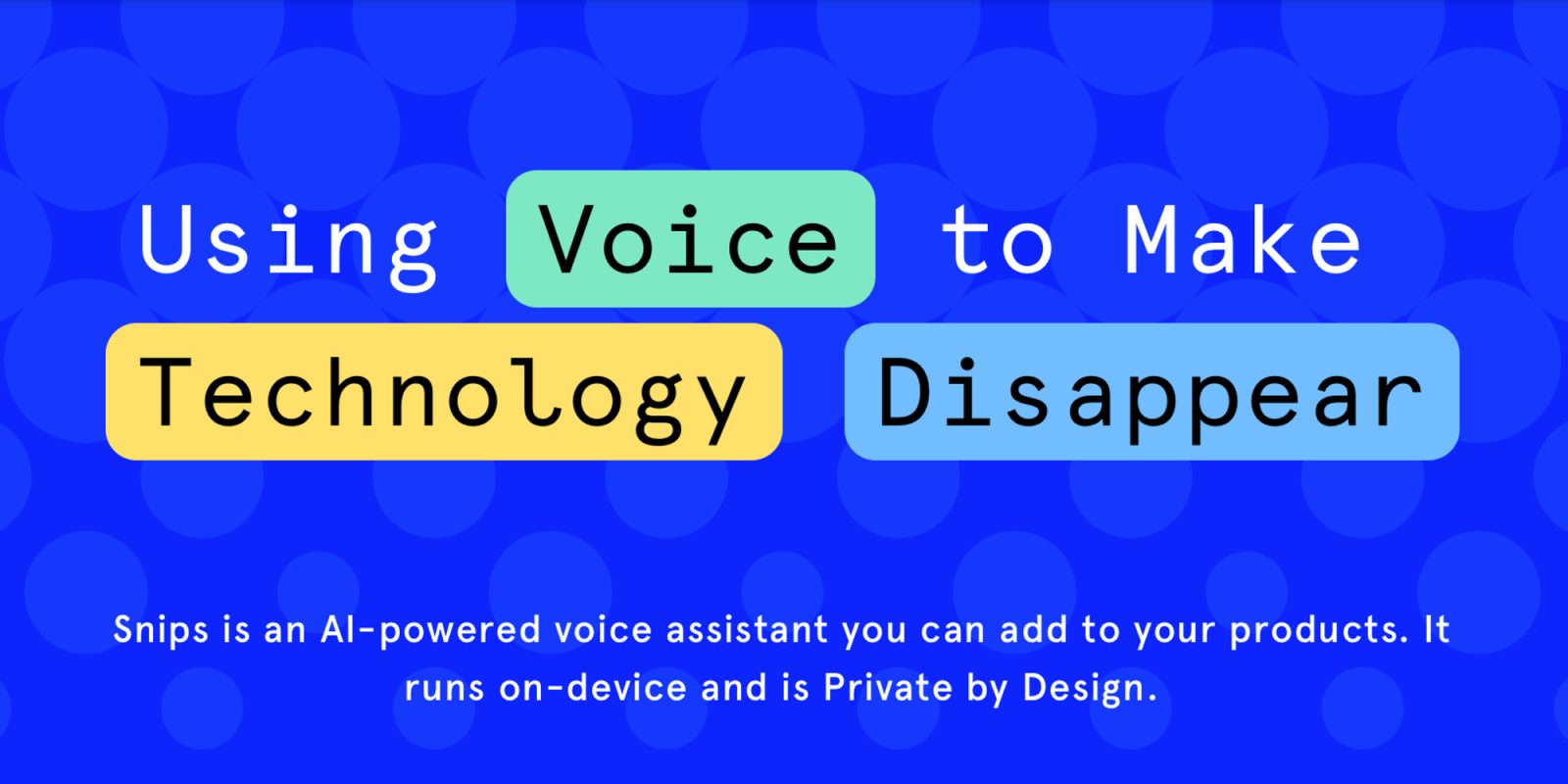 Digital assistants like Siri and Alexa are certainly beneficial to have around the house; but at the very least, they come with one critical flaw, internet dependence. Snips, a new offline digital assistant is challenging its competitors reliance on the cloud by sporting full functionally without an internet connection.

Snips originally launched around a year ago as an artificial intelligence-driven hub to keep track of meetings, appointments and more. But since releasing its iOS app, Snips has  pivoted and is now applying its AI talents towards other ways to assist you. Now, the company has unveiled its new Snips Voice Platform that emphasizes privacy without sacrificing features.

The platform is effectively just like any other digital assistant you may summon, be it on your phone or internet-enabled speaker. Unlike these, Snips runs locally on the device, which means your data never has to leave your phone in order to be processed somewhere else on a server.

Even if having an assistant that offers this level privacy doesn’t interest you, there are still other benefits to locally parsing your commands. Not only are responses faster, but cutting ties to the cloud also boasts reliability. So if you’re in a remote location without internet access, or if AWS has crashed again, there won’t be any fear of your assistant being unable to help.

Now privacy and reliably are great, but none of that really matters if the assistant can’t keep up with its cloud-based competition. However Snips delivers on the functionality side of things as well; sporting the same features as you’d find with Siri and Alexa. So with your voice you can set the mood with some classy accent lighting or have your coffee machine to brew your favorite drink.

The assistant can also understand complex questions and commands. So if you want to order shares of a certain stock once it dips a certain percentage, Snips has your back.

While Siri and Alexa live on a variety of devices, Snips was built to work with as many platforms as possible, not just select few. This means that anything from an app, to an internet connected speaker could take full advantage of the assistant.

Since the offline assistant was just released, the company is still working towards its goal of widespread deployment of Snips. But if its something you’d like to try out, there are a number of ways to test the new assistant.

As of now you can try out Snips via its online portal. Or for those who don’t mind getting their hands dirty with some tinkering, Snips can even be run on devices like a Raspberry Pi. On the smart home side of things, Snips works great with HomeAssistant, a home automation platform we detailed the other day.

Siri, Alexa and the other digital assistants may have a head start, but if privacy is something you highly value, then Snips is definitely something you’ll want to keep your eye on.