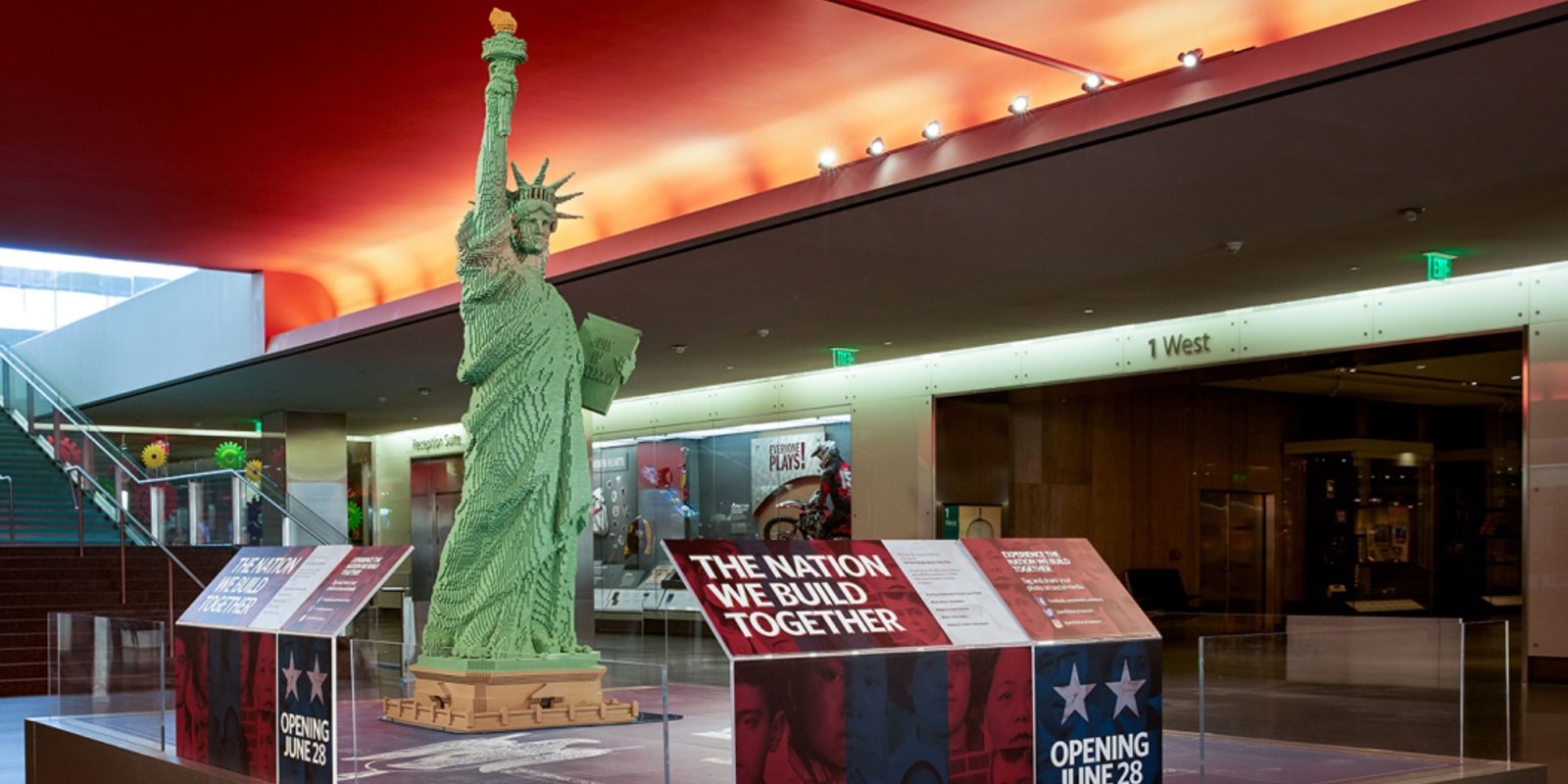 The Smithsonian’s National Museum of American History just opened a new wing, and it’s celebrating with a giant LEGO masterpiece. The newly renovated area of the museum focuses on American democracy with exhibitions on the theme, “The Nation We Build Together.” Along those lines, the museum teamed up with LEGO to honor that symbol of the American melting pot, the Statue of Liberty.

The LEGO Master Builders designed and then created a 125-pound, 1:32 scale replica of the New York City statue for display at the museum, where it will remain until the end of the year. You can watch the process in LEGO’s time lapse video below.

In total, the statue rises 300 LEGO bricks tall (9 feet) and contains 25,375 pieces. The LEGO Lady Liberty is 1/32nd the size of the 111-foot, 6-inch original on Ellis Island. The LEGO master builder, Erik Varszegi, spent 70 hours on designing the statue, which was the second time he’s built a LEGO Statue of Liberty.

“We had discussed using the same model here but thought the scale wasn’t right,” he said. “We wanted to make a bigger impact this time around.” All together, an estimated 25,375 Lego bricks were used to build the statue from toes to torch.

Varszegi, The Master Builder who headed up the project has spent 22 years as a professional LEGO builder and had this to say about the difficulties that arose from designing and building the LEGO Lady Liberty:

If I had to pick a most difficult part of the model, I’d have to say the whole backside of her. Very little in the way of photographs exist online of Lady Liberty. Seems like people only like shooting her from the front. I tried my best to get the flow of her robes just right when viewed from the back.

From the beginning of the design process to laying the last brick, it took from the first of the year to late February/early March to complete. As far as complexity goes, the three master builders on the team agreed that it was pretty standard. The statue’s robes offered a nice stable base for the build unlike characters with exposed legs and skinny ankles which pose more of a challenge.

The model is on the museum’s first floor and will be on display through the end of 2017. Head over to our LEGO Guide for news on other master builds and deals on sets you can buy today.