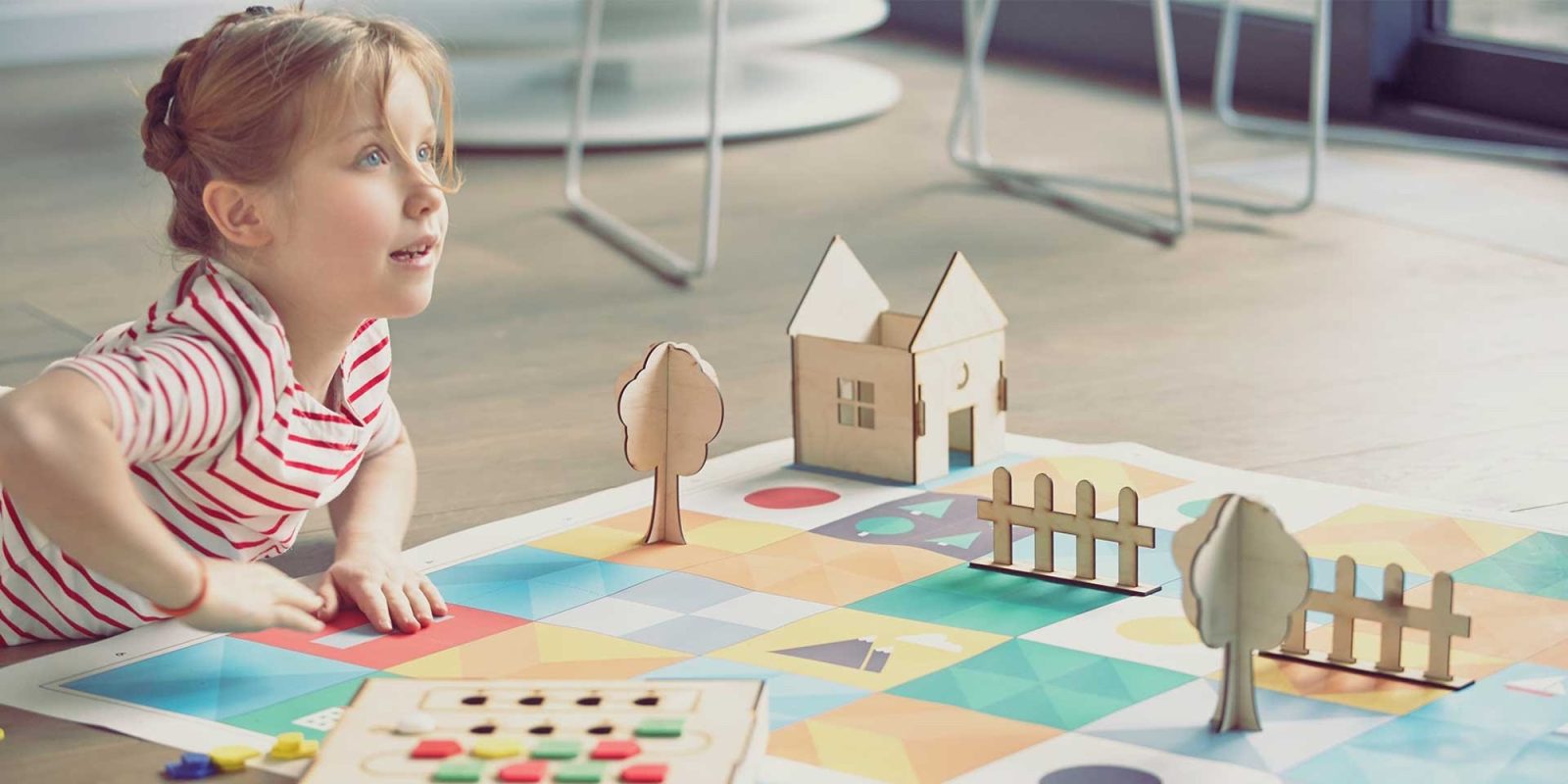 Teaching your kids how to code seems to be the newest trend with many toy manufacturers and startups alike. We’ve seen a few of these new kits and robots emerge over the last few months. But, have we gone too far? Just how early should kids start to learn the basics of coding? You would think three years old is a little too early. They should at least be out of diapers before taking on computer programming, right? Well not in this case. Cubetto is a little different than your average robo-coder and it met its fundraising goal of $100,000 in one day at Kickstarter.

Cubetto is an alluring, suprisingly low-tech toy that offers a screen-free, Wi-Fi-less option. It’s also comes with a play set that lets kids unpack the basics of programming with a beautiful wooden code board, colorful block pegs, and a rolling cube robot. Kids can navigate around colorful play mats of things like ancient Egypt, the ocean, or space. There’s even an old-fashioned storybook element included.

The way it works is very simple. Each block placed on the board represents a command in a simple programming language, such as right, forward, or left. By placing the pegs on the code board, kids program the cute cube to move around the map. Kids can put Cubetto on a continuous loop, or create funny patterns if they want as well. There are 120 lesson plans for educators, and instructions for the less-programming savvy teachers too.

This is a coding toy for girls and boys aged 3 and up. It takes coding off the screen, and into the real world with a programming language you can touch.

Cubetto has many awesome qualities for kids. For one, it’s gender neutral and can be used before kids can read or write. Since there is no language to Cubetto, it is relevant in any culture. The one current drawback is its pretty high price tag.

With just 9 days left in its campaign, Cubetto has already been fully funded at Kickstarter in the first day of the its campaign! You can grab your own Cubetto or use one in your classroom with a pledge of $225 or more. Shipping is estimated for September of this year.