SousVide Supreme Touch+ could cook you the perfect meal every time 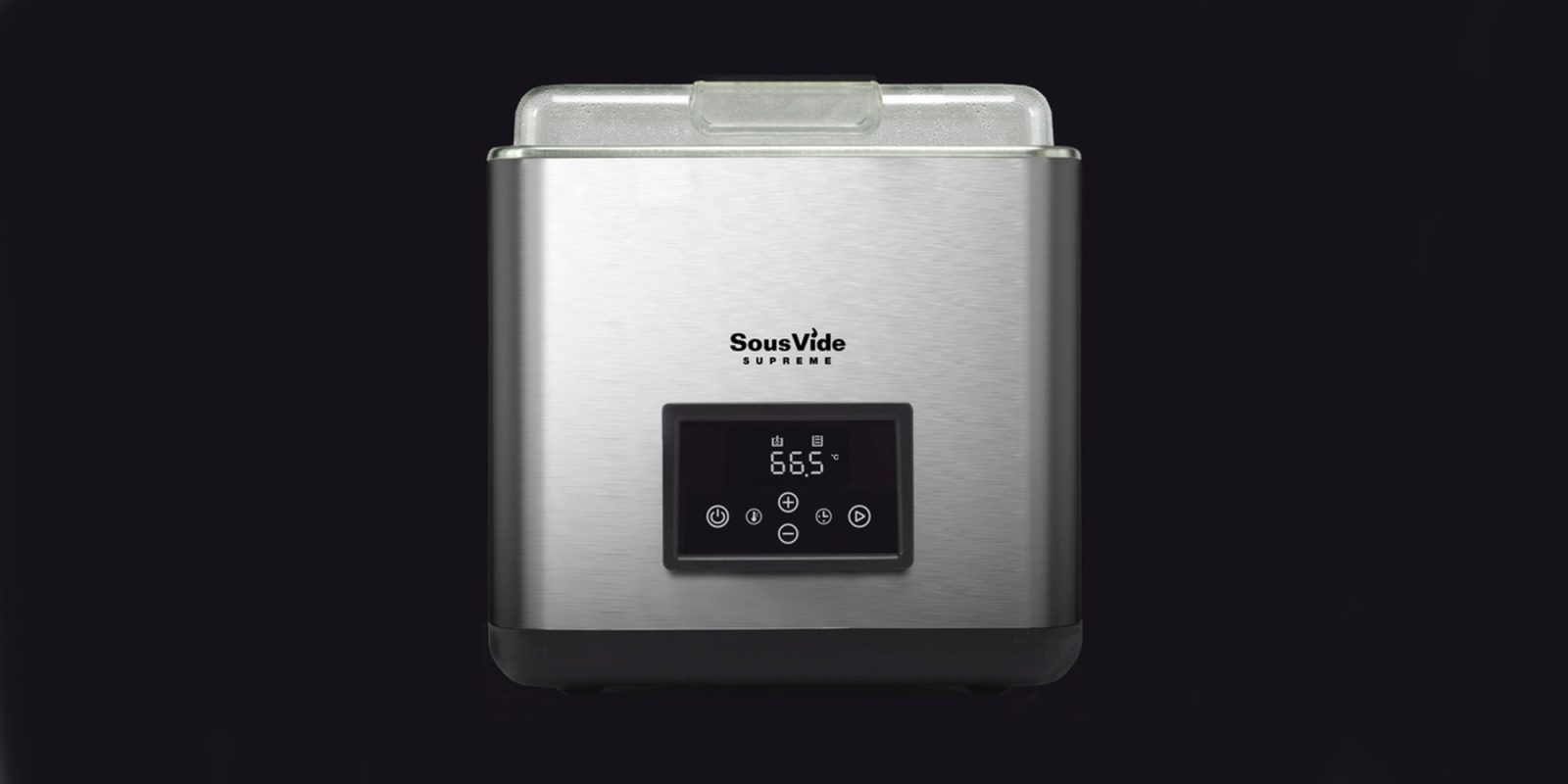 If you’ve been into the sous vide trend, you may have taken advantage of some of our deals on Anova’s Precision Cooker or other related products. Otherwise, sous vide is a form of cooking that intends to prepare food evenly, ensuring that inside is properly heated without overcooking the outside, and to retain moisture.

Now, the company that created the first at-home sous vide is revolutionizing the process again with the SousVide Supreme Touch+. Currently available on Kickstarter, it features a very similar design that adds a few innovative upgrades for enhanced cooking and convenience. Those familiar with the original SousVide Supreme shouldn’t have any issue using this one.

So yes, this new model of the SousVide Supreme has a touch screen. But no, it’s not like the Apple Watch’s screen that won’t respond well to wet fingers (even though it’s totally water-proof and can be used while swimming). Unlike capacitive touch screens, this resistive touchscreen still operates perfectly with wet hands.

Sous vide is great mainly because of its energy efficiency. Unlike while using a pot, the SousVide heats the water directly, therefore dissipating a lot less energy from the device. When water is precisely heated, food is vacuum-sealed and placed inside. This cooks food gently and perfectly with little room to fail. Practically anything can be done sous vide.

With double-wall insulation, the SousVide Supreme Touch+ keeps its outer walls cool to the touch. It makes no difference how hot the water gets inside. Once at temperature, the device only uses about the energy of a 20-watt bulb. The clear view lid that’s included not only aids in heat retention, but also allows users to peer inside without letting heat escape. Unless it fogs up.

Now onto the best part: the smart features. We have integrated Wi-Fi, an app for iOS and Android, and compatibility with Alexa. You can control the Touch+ with the app wherever you are or with voice commands while you are at home and near your Alexa-enabled device.

With sous vide, you get simple, perfectly cooked food every time. On top of that, it lets the food cook healthily in its natural juices, retaining all the water-soluble vitamins, minerals, and antioxidants. Consistency is definitely a nice thing, especially when it also saves you money.

Currently, the SousVide Supreme Touch+ is available for pre-order on Kickstarter starting at $349 with expected delivery March 2018. Complete starter packs with pouches, a vacuum sealer, and a cookbook begin at $499.