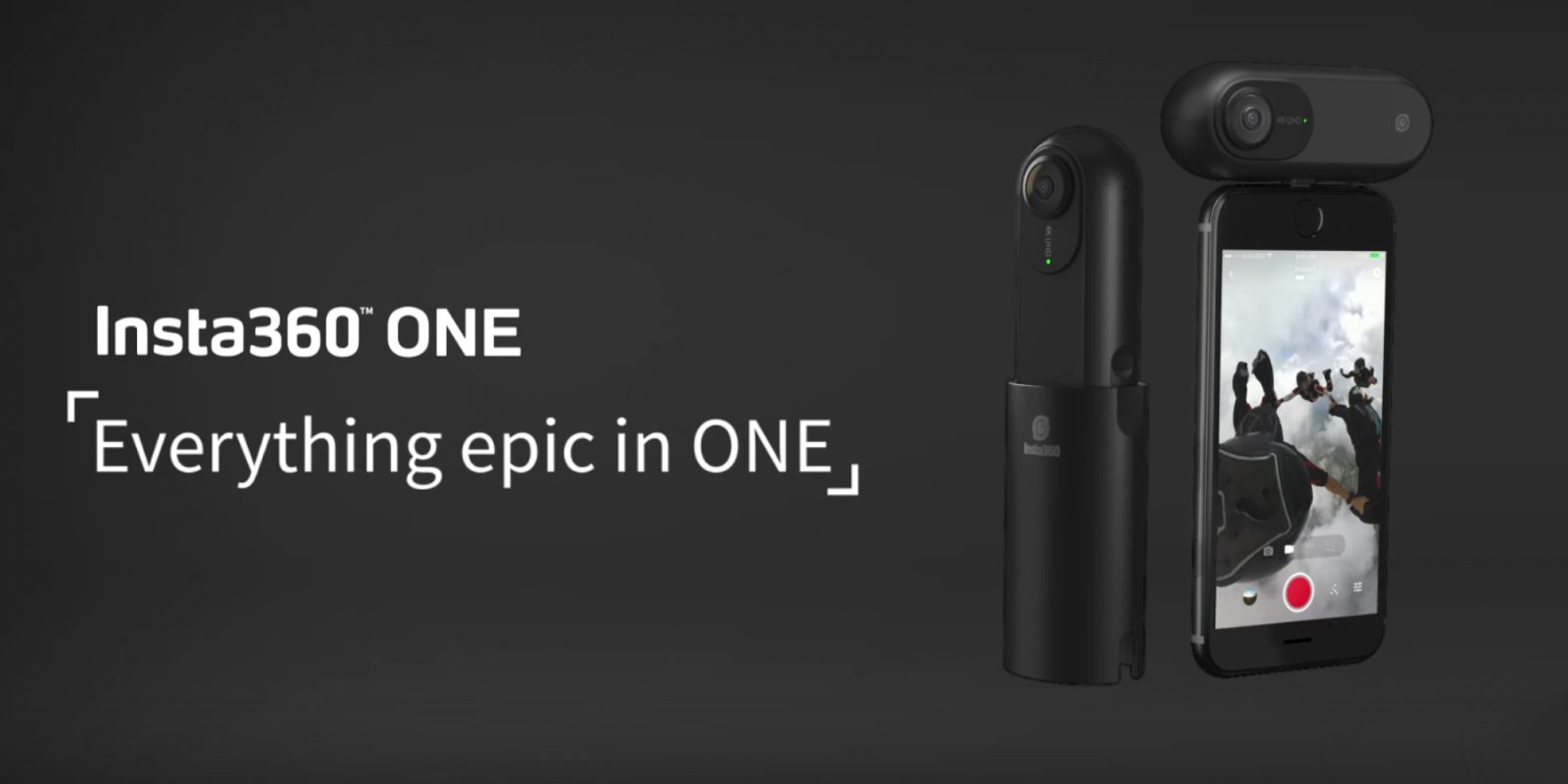 While new 360-degree cameras have been revealing themselves here and there, they’ve generally included similar functionality. Among these new cameras, those of us who are into these VR devices may have seen Shenzen-based Insta360’s products come about. Some are iPhone-compatible which is nice, however they seem to have mixed reviews about the quality and performance of the cameras.

Today the company has introduced another Insta360 camera that offers a few special features that we haven’t seen before. Also compatible with iPhone, the Insta360 One is a pill-shaped little device that offers the usual 4K quality footage at 30 frames per second, and captures 24MP stills. As a bonus with this camera, we have the ability to take a 1080p frame as a photo from 360-degree videos that you shoot.

As with any other similarly-enabled camera, the Insta360 One can be set up on a tripod or held in an outstretched hand, and then you can shoot 360-degree photos and videos. It’s also supposed to have very solid gyroscopic stabilization for the tiny camera that it is.

The stand-out feature this camera has to offer happens after the capture, and Insta360 named it “FreeCapture.” It’s a “shoot first, point later” idea similar to the recently announced GoPro Fusion feature. It allows the user to edit an existing 360-degree photo via the iOS app (Android version on the way) by spinning, pinching, and zooming the image until you’ve framed up a 16:9, 4:3, or even 1:1 composition that you like. After that, simply tap a button to save the newly composed 2D version to your phone.

The process is similar for videos, with a few slight variations. During playback of a 360-degree video, the way to pan around the sphere of imagery is by moving your phone just as you would when shooting a video. It’s basically like going back in time to the moment you were filming that clip so you can do it again the right way. Pretty neat.

Another anticipated feature of the Insta360 One is the promised “bullet time mode.” This basically takes the six-axis image stabilization, 120fps capture, and the video software magic we’ve seen to exist, and mixes them together to create something new. Basically, after setting the power button’s triple-tap toggle to bullet time capture, you’ll be able to start swinging it above your head with the included string attachment. When done, you can plug the camera back into your iPhone for playback, editing and exporting.

I’m curious to see how this bullet time feature pans out when users actually try it. For now, the Insta360 One is on Amazon for $299.90 and shipping begins on September 9. For deals on 360-cameras, right now you can still catch the Samsung Gear 360 for $96.