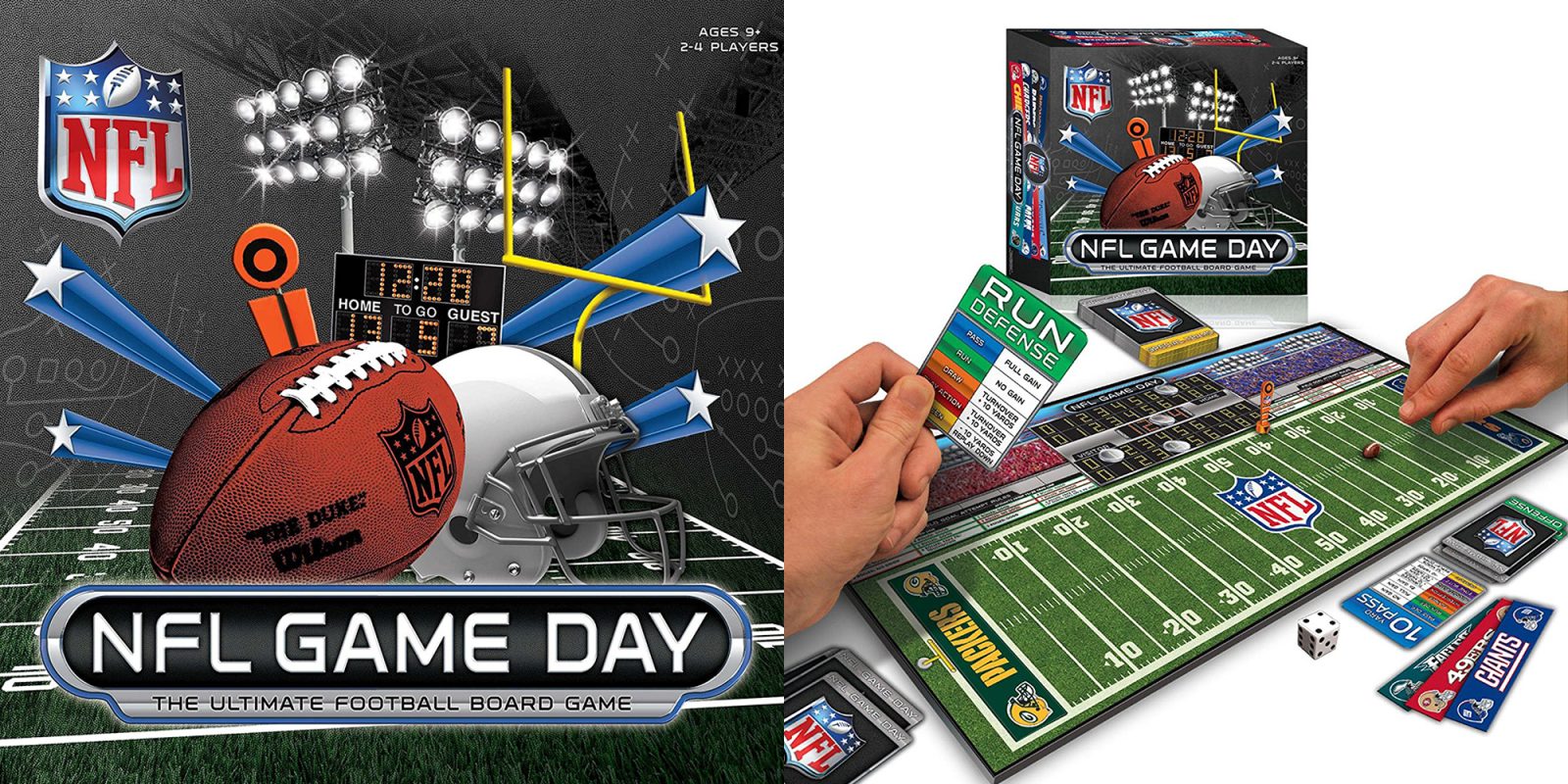 Amazon offers the NFL Game Day Board Game for $20.20 Prime shipped. Also at Walmart. Regularly selling for $30, this is good for around 33% off the regular going rate and a new Amazon all-time low. Rated 4.6/5 stars.

Full of action, NFL Game Day helps players learn the rules of football while concocting savvy game-winning strategies. During the game, players use cards and dice to move down the football field toward the team-branded end zones. All 32 NFL teams are included, so no matter which team you root for, it’s there. Each game comes with 32 NFL team magnetic end zones, 60 defensive cards, 60 offensive cards, 20 special team cards, six time-out cards, one die, one ball, five clear discs, one yard marker and one board. NFL Game Day is recommended for two to four players ages 9 and up. Officially licensed.