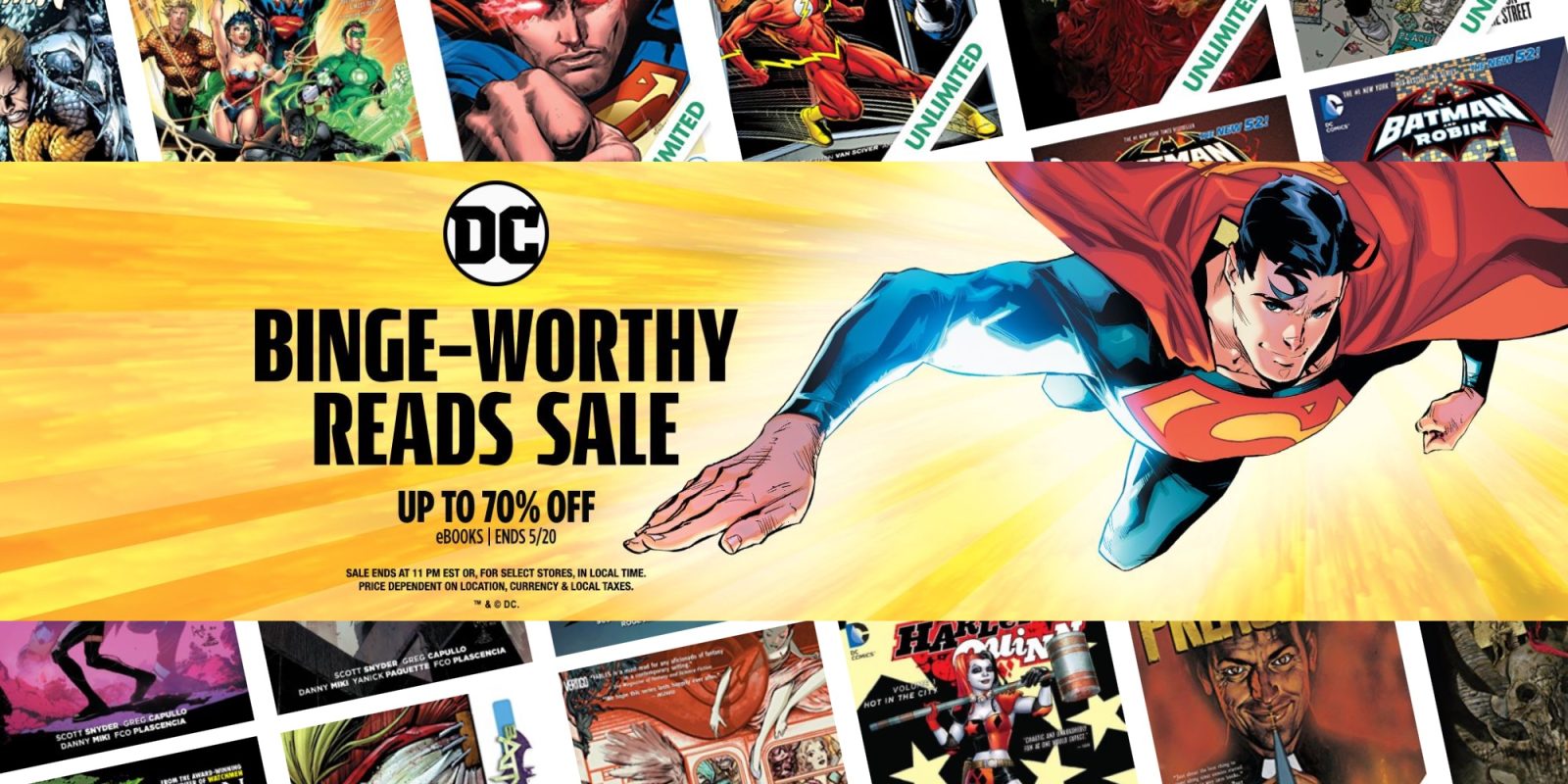 Following its 50% off Marvel sale, ComiXology is back with another round of discounts, this time taking up to 70% off a series of binge-worthy DC Comics Reads from under $6. One of our top picks is on Batman Vol. 3: Death of the Family for $5.99. That’s $11 off the going rate and one of the best prices we’ve tracked to date. This critically-acclaimed graphic novel spans 174 pages and details the Joker’s horrifying return to Gotham City. Head below for some additional sales and other top picks, or just shop the entire selection of DC digital comic deals right here.

ComiXology’s digital comic deals don’t end with its current DC discounts, as you’ll find plenty of other sales going on as well. Marvel fans can tale advantage of its Savage Avengers sale, which takes up to 67% off various novels.

Another great way to get your fill of comics is with ComiXology Unlimited. At $6 per month, you can enjoy over 15,000 comics. You won’t own any of the titles like with the DC digital comic deals from above, but if you’re an avid reader it’ll be worth the savings.

After having his face sliced off one year ago, the Joker makes his horrifying return to Gotham City! But even for man who’s committed a lifetime of murder, he’s more dangerous than ever before. How can Batman protect his city and those he’s closest to? It all leads back to Arkham Asylum…

Collects the the critically acclaimed tale DEATH OF THE FAMILY from the superstar #1 New York Times best-selling team of writer Scott Snyder and artist Greg Capullo. BATMAN VOLUME 3 will have repercussions that will affect the Batman universe for years to come!