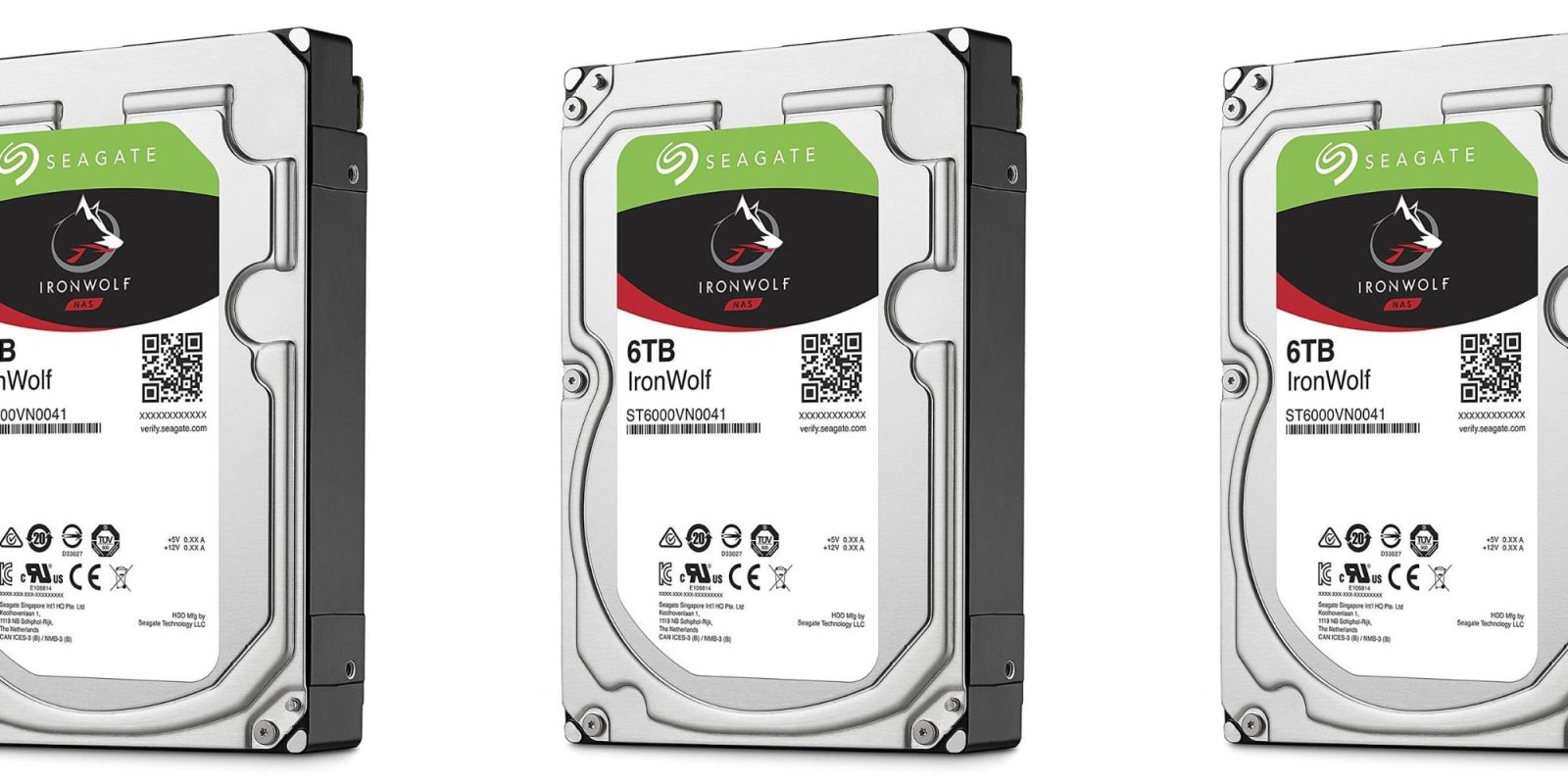 Newegg offers the Seagate IronWolf 6TB NAS Hard Drive for $139.99 shipped when checking out with code EMCTBUC34. That’s good for a 23% discount from the going rate at Amazon and B&H, beats Amazon’s best-ever price by $30 and comes within $7 of the all-time low. For comparison, today’s offer is the best we’ve seen since September of 2018. Seagate’s line of IronWolf drives were created with NAS and other always-on systems in mind. It features up to a 64MB cache and 3.5-inch form-factor. Rated 4.5/5 stars, much like the rest of the company’s hard drives.

Save a little bit more and opt for the 4TB version of Seagate’s IronWolf drive. You’ll get the same NAS-focused design and reliability, just with 33% less storage.

We previously took a look at the IronWolf drives in our Synology DS1019+ NAS review and found them to be notable options for filling an always-on storage device with drives.

Designed for use in 1-8 bay NAS environments within home, SOHO, and SMB environments, the 6TB IronWolf 7200 rpm SATA III 3.5″ Internal NAS HDD from Seagate is built to withstand 24×7 operations, or 8760 hours per year. This 6TB drive has been equipped with a SATA III 6 Gb/s interface, a rotational speed of 7200 rpm, a 3.5″ form factor, and a 128MB cache, providing users with an ample storage capacity and data transfer speeds of up to 195 MB/s. This IronWolf hard drive also has an MTBF rating of 1 million hours, 600,000 load/unload cycles, 1 in 1015 non-recoverable read errors per bits read, and a workload rate of up to 180TB per year. Protection is provided by a limited 3-year warranty.