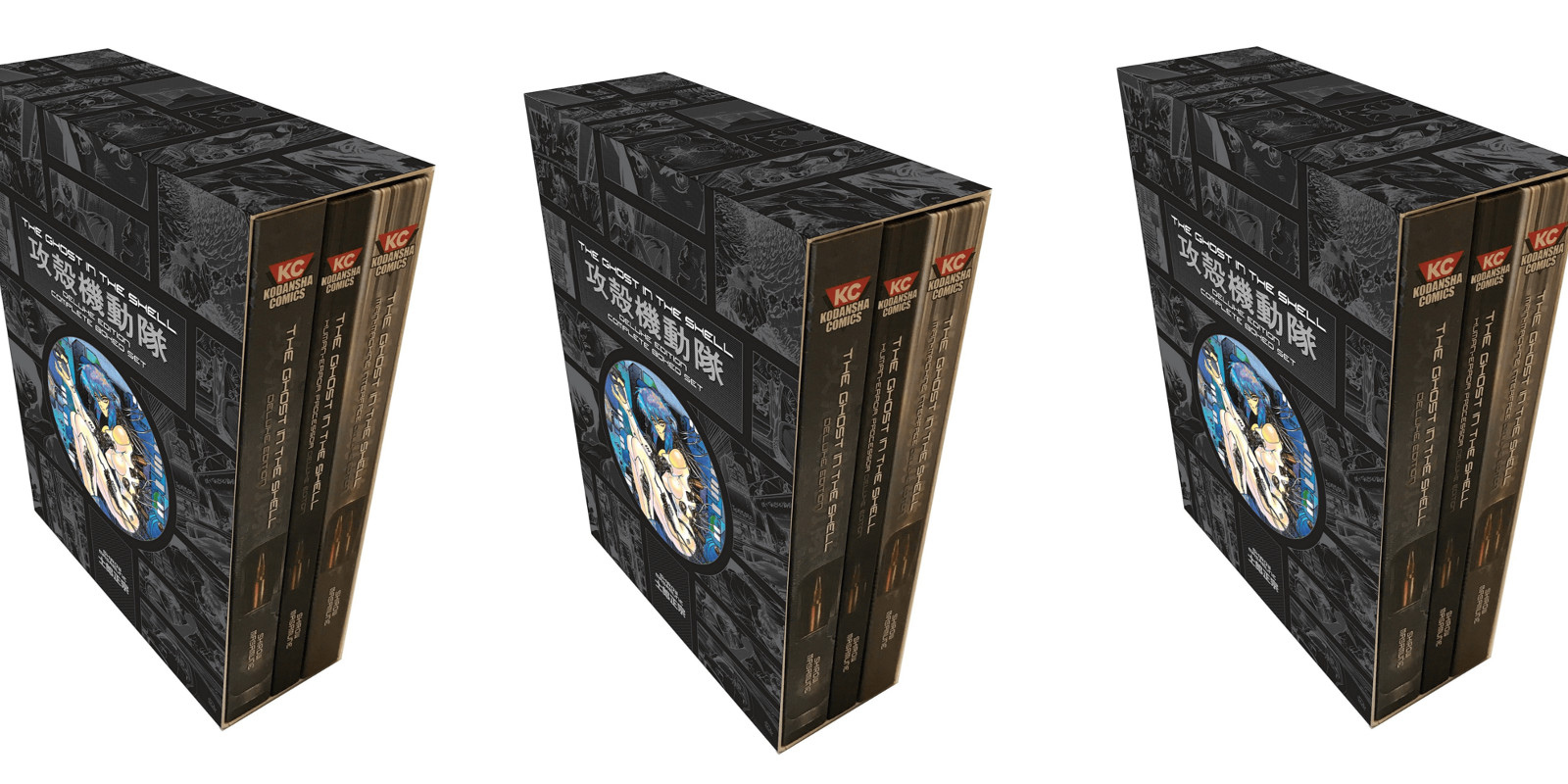 Amazon offers The Ghost in the Shell Deluxe Complete Box Set for $39.16 shipped. Also this price at Walmart. It still goes for around $75 at Target and Barnes & Noble. This is the lowest price we’ve tracked at Amazon this year, as well as the best we’ve seen since it was a dollar less during Black Friday 2018. This is the entirety of the manga that launched a successful anime franchise. It includes three hardcover volumes plus a collectible lithograph. The few reviews of this set are favorable, with a total rating of 4.6/5 stars. The English translations of Masamune Shirow’s works are generally well-regarded.

After finishing the original manga, immerse yourself in the history of this popular series with Ghost in the Shell README: 1995-2017 in hardcover for $18. This follows the theatrical releases of GitS, starting from the 1995 anime and ending with the live-action film featuring Scarlett Johansson.

If you’re seeking more graphic novels to check out, Comixology is currently discounting Image Comics titles from $1. Find deals on The Walking Dead, Kick-Ass, and more.

Ghost in the Shell Box Set:

Deep into the twenty-first century, the line between man and machine has been blurred as humans rely on the enhancement of mechanical implants and robots are upgraded with human tissue. In this rapidly converging landscape, cyborg superagent Major Motoko Kusanagi is charged to track down the craftiest and most dangerous terrorists and cybercriminals, including “ghost hackers” who are capable of exploiting the human/machine interface and reprogramming humans to become puppets to carry out the hackers’ criminal ends.

$39
You’re reading 9to5Toys — experts digging up all the latest technology and lifestyle deals, day after day. Be sure to check out our homepage for all the latest news, and follow 9to5Toys on Twitter, Facebook, and LinkedIn to stay in the loop. Don’t know where to start? Check out the best Apple deals, our daily podcast, and subscribe to our YouTube channel