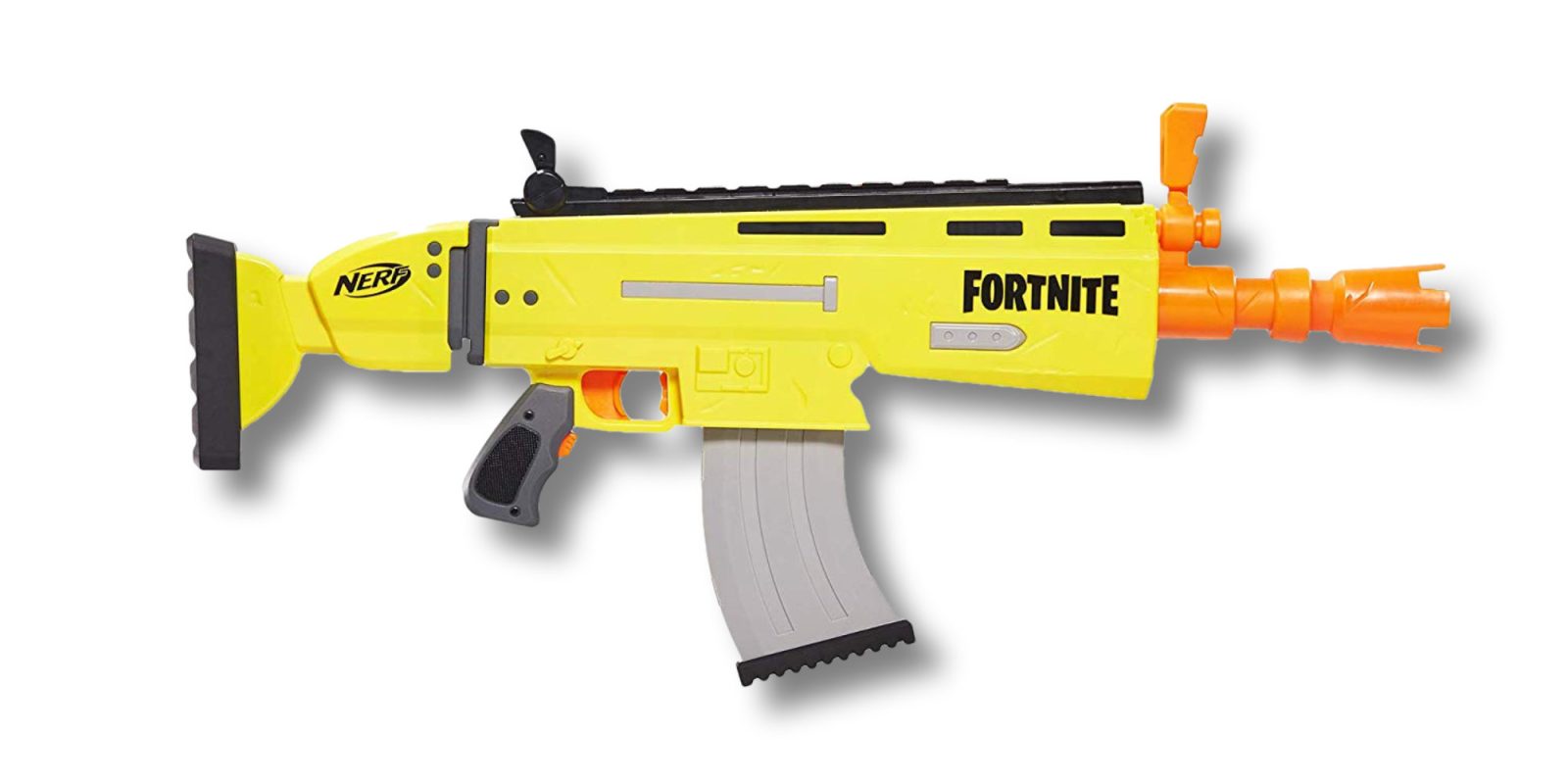 Amazon is offering the Nerf Fortnite Elite Dart Blaster for $37.49 shipped. Matched at Walmart, Target, and Best Buy. That’s up to 25% off the going rate found at retailers like Kohl’s and is the best Amazon offer we’ve tracked outside of Prime Day. This blaster comes with a total of twenty darts and can hold ten at once. Dart blasting is motorized, and an acceleration button allows you to toggle the feature on or off. It accepts Nerf Elite darts, allowing you to stock up and share between other Elite blasters. Rated 4+ stars from nearly 70% of reviewers. This blaster is not the only Fornite x Nerf collaboration, check out our coverage to learn about some of the other models available.

Cut cost by going with the Nerf Strongarm Blaster for $13. Sure, it isn’t inspired by Fortnite, but it holds six darts and features a flip-open rotating barrel. Each dart can launch up to 90 feet, allowing you to practice your long and short range performance.

$37.50
You’re reading 9to5Toys — experts digging up all the latest technology and lifestyle deals, day after day. Be sure to check out our homepage for all the latest news, and follow 9to5Toys on Twitter, Facebook, and LinkedIn to stay in the loop. Don’t know where to start? Check out the best Apple deals, our daily podcast, and subscribe to our YouTube channel