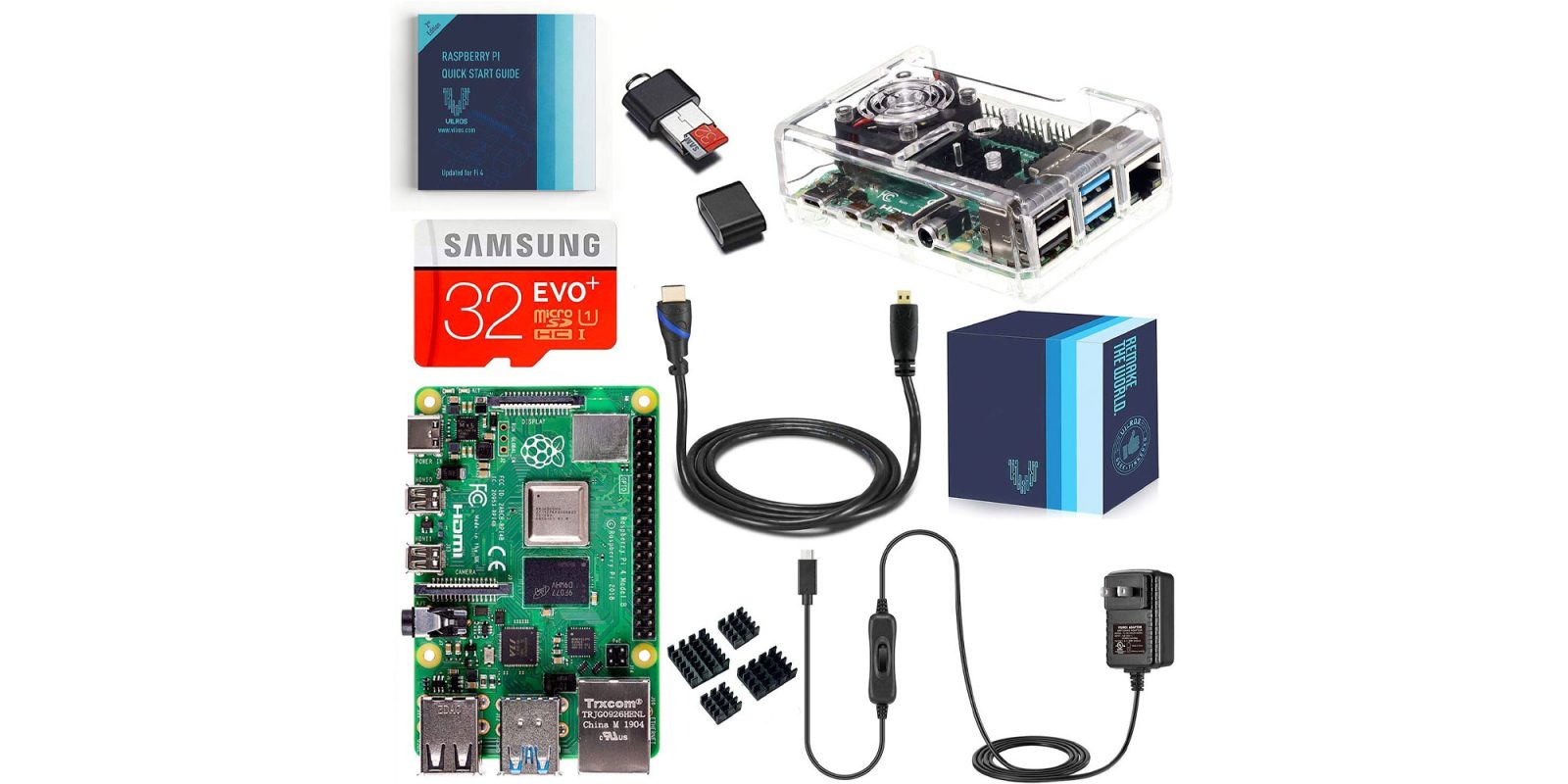 Vilros is offering its Raspberry Pi 4 Model B Starter Kit for $79 shipped. For comparison, third-party retailers on Amazon sell this kit for $100 right now, and it’s never gone for less than $98 there. If you’ve been wanting to build a RetroPi system or just run HomeBridge for your HomeKit-enabled smart house, Raspberry Pi 4 is the latest and greatest. This model is the 4GB RAM version, offering you the most horsepower. There’s also a pre-configured 32GB microSD card, clear case, power supply, fan, heatsinks, and more. Rated 4.5/5 stars. Learn more in our announcement coverage.

However, those who don’t need the Pi 4’s horsepower can check out the Vilros Raspberry Pi 3 Kit with Clear Case and 2.5A Power Supply. This setup is just about everything you’d need to get started, sans a microSD card. For around $60 total, you can get a HomeBridge or AirPrint server up and running.

Already own a Raspberry Pi of any generation? This $50 starter kit is a great alternative to today’s deal as well. It includes many great tools for using your microcomputer, including a display, LEDs, keypads, and more.

Get this deal
$100 $79
You’re reading 9to5Toys — experts digging up all the latest technology and lifestyle deals, day after day. Be sure to check out our homepage for all the latest news, and follow 9to5Toys on Twitter, Facebook, and LinkedIn to stay in the loop. Don’t know where to start? Check out the best Apple deals, our daily podcast, and subscribe to our YouTube channel