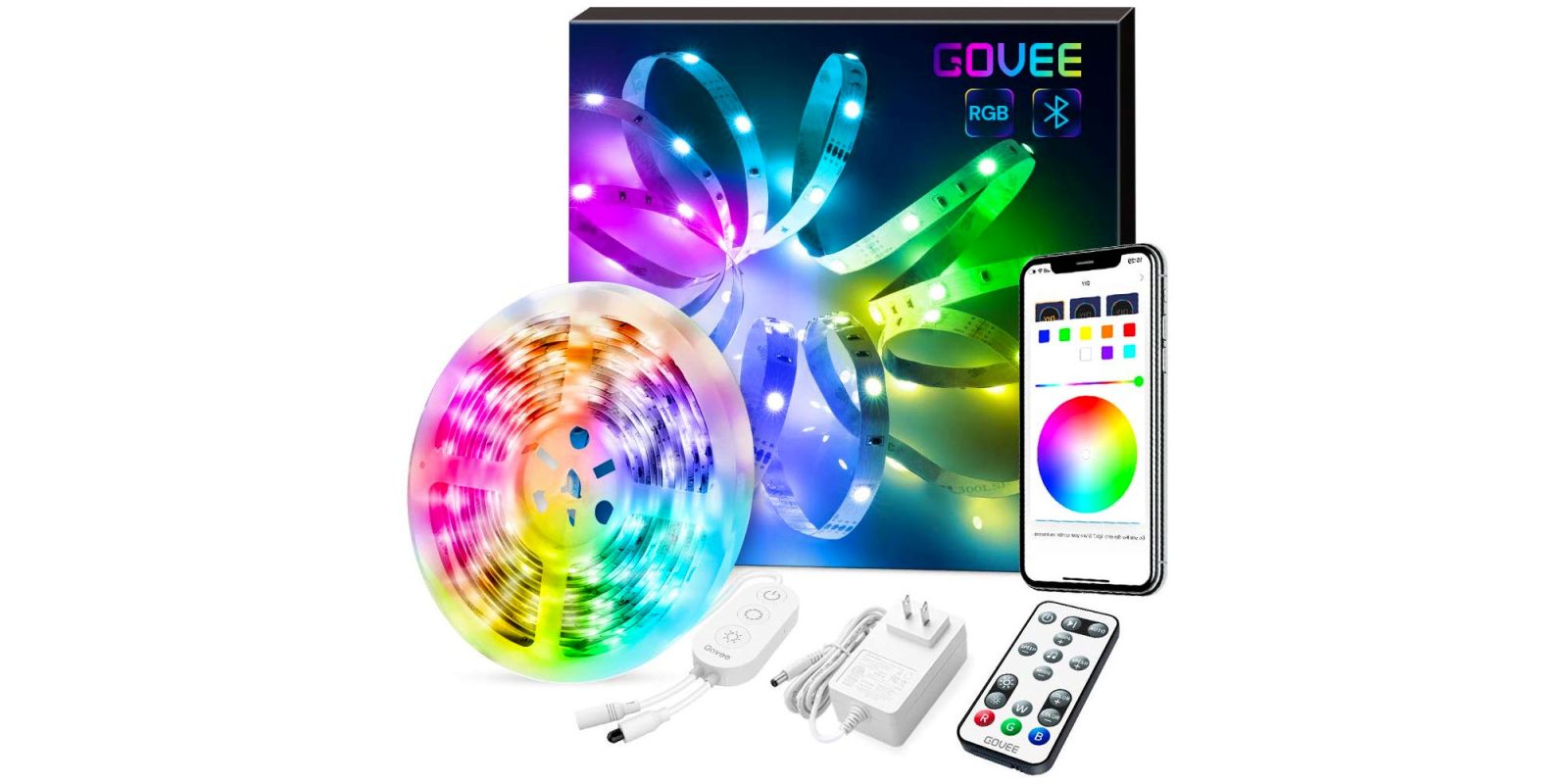 Govee US (98% positive lifetime feedback) via Amazon is offering its App-enabled 16.4-foot RGB LED Strip for $15.99 Prime shipped with the code LRZUZPMJ at checkout. Down from its $22 going rate, this is one of the best prices that we’ve tracked in recent memory. This LED strip is compatible with both a smartphone app and an included remote control for changing color, pattern, brightness, and more. Whether you’re wanting to put this LED strip behind an entertainment center, in a kitchen, or outdoors, it’ll get the job done. That’s thanks to its waterproof design and 16.4-foot length, ensuring that it’s ready for inclimate weather and is long enough to cover anything. Rated 4.6/5 stars.

Pick up a pack of these LED strip mounts to put your new light anywhere. It comes with 100 clips and 100 screws, ensuring that you can mount this light on any surface, even upsidedown. I used these very mounts to install a similar LED strip in my parents kitchen and they love it. At $7.50 Prime shipped, it’s a no-brainer buy.

In need of something solar-powered? Well, we have a 4-pack of LED solar lights for just $8.50 each. It’s been a while since we’ve seen a kit like this on sale, so be sure to head on over to our deal coverage for details on how to redeem this special price.