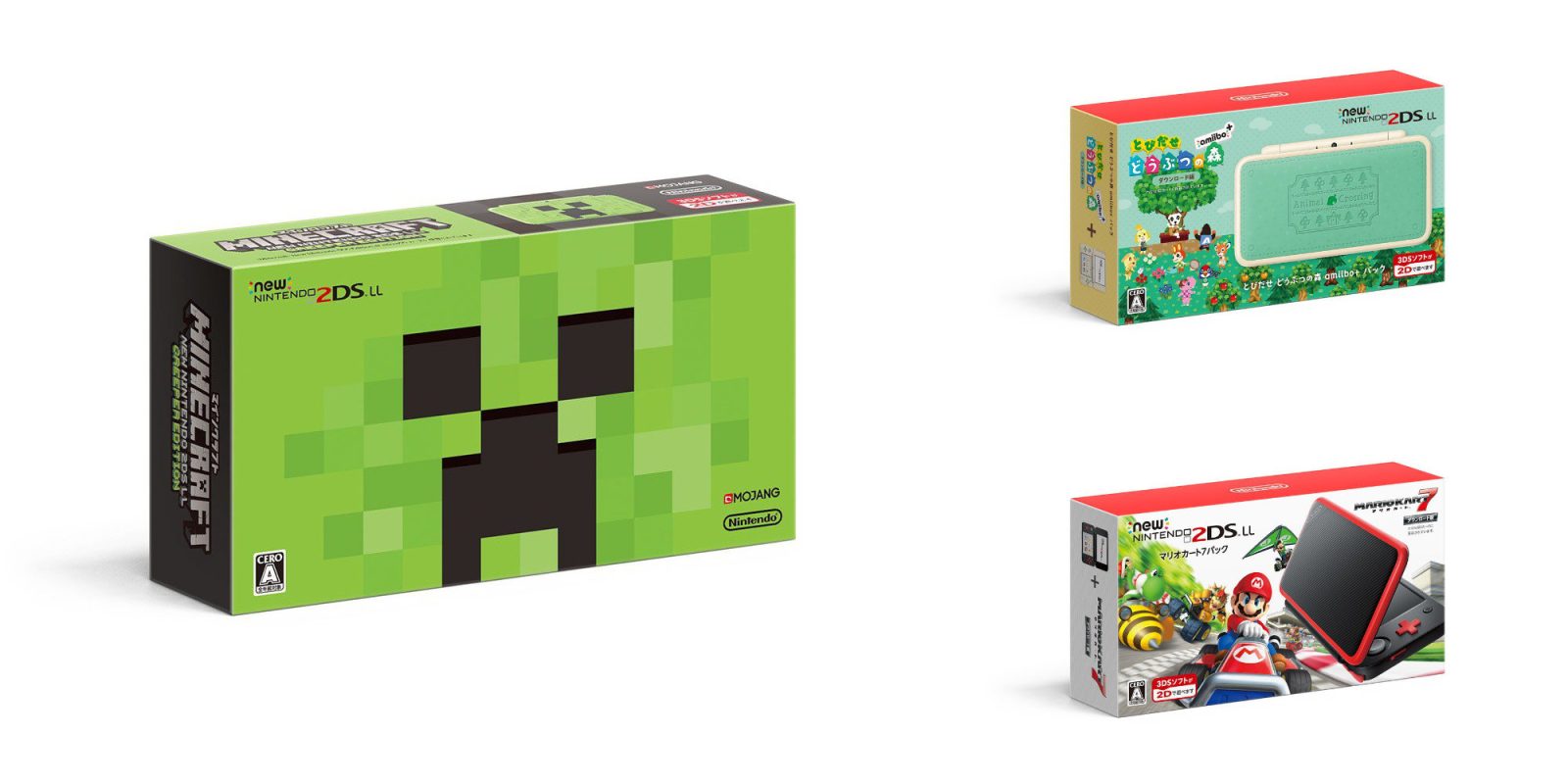 Nintendo will soon release three new designs for its popular 2DS XL. The new variants are themed around Minecraft, Mario Kart, and Animal Crossing. As you would expect, each device comes with the matching game pre-installed and ready to play out of the box. END_OF_DOCUMENT_TOKEN_TO_BE_REPLACED

In today’s best game/app deals, Amazon has the Animal Crossing: amiibo Festival Bundle on Wii U for $28.98 with free shipping for Prime members or in orders over $35. That’s more than 50% below the original listing and the best price we can find by $10 or $20. It includes the main game, two amiibo figures and three amiibo cards. And remember, you’ll find even more wave 1 and 2 Animal Crossing amiibo right here.

We also have  Call of Duty: Black Ops III Steelbook Edition on Xbox One and PS4 for $39.99 shipped. That’s within $45 of the lowest we have seen it go for, but those deals didn’t include the SteelBook. You’ll also find Need for Speed: Rivals for just under $20 Prime shipped (Reg. $30) and these Polk Audio Melee Gaming Headphones in Black for Xbox for just over $33 Prime shipped (Reg. up to $60+).

Sony has now kicked off a PlayStation Essentials Sale on the PlayStation Network. A wide selection of deals are available for up to 75% off across all of Sony’s gaming hardware and, as usual, PS Plus members will get even deeper deals.

A Dark Room for iOS is now free as IGN’s Game of the Month (Reg. $1) and down below you’ll find today’s iOS/Mac price drops including Magnifier Flash, Fast Camera, Lifeline…, One Touch Dial and more:

In today’s best game/app deals, the Nintendo 3DS XL NES edition for $169.99 shipped (Reg. $200, current lowest) at GameStop. The game retailer has a number of other colors discounted right now as well including the green Yoshi, Animal Crossing and Zelda editions.

A notable deal spotted late yesterday: Altatac via eBay is still offering the  (Reg. $60, current low). As you might know, LIVE nets you access to online play and free games like this month’s withs: D4: Dark Dreams Don’t Die and The Witcher 2: Assassins of Kings (starting January 16) among others.

Google teases I/O 2020 with ‘Collaboration of the Cosmos’ puzzle