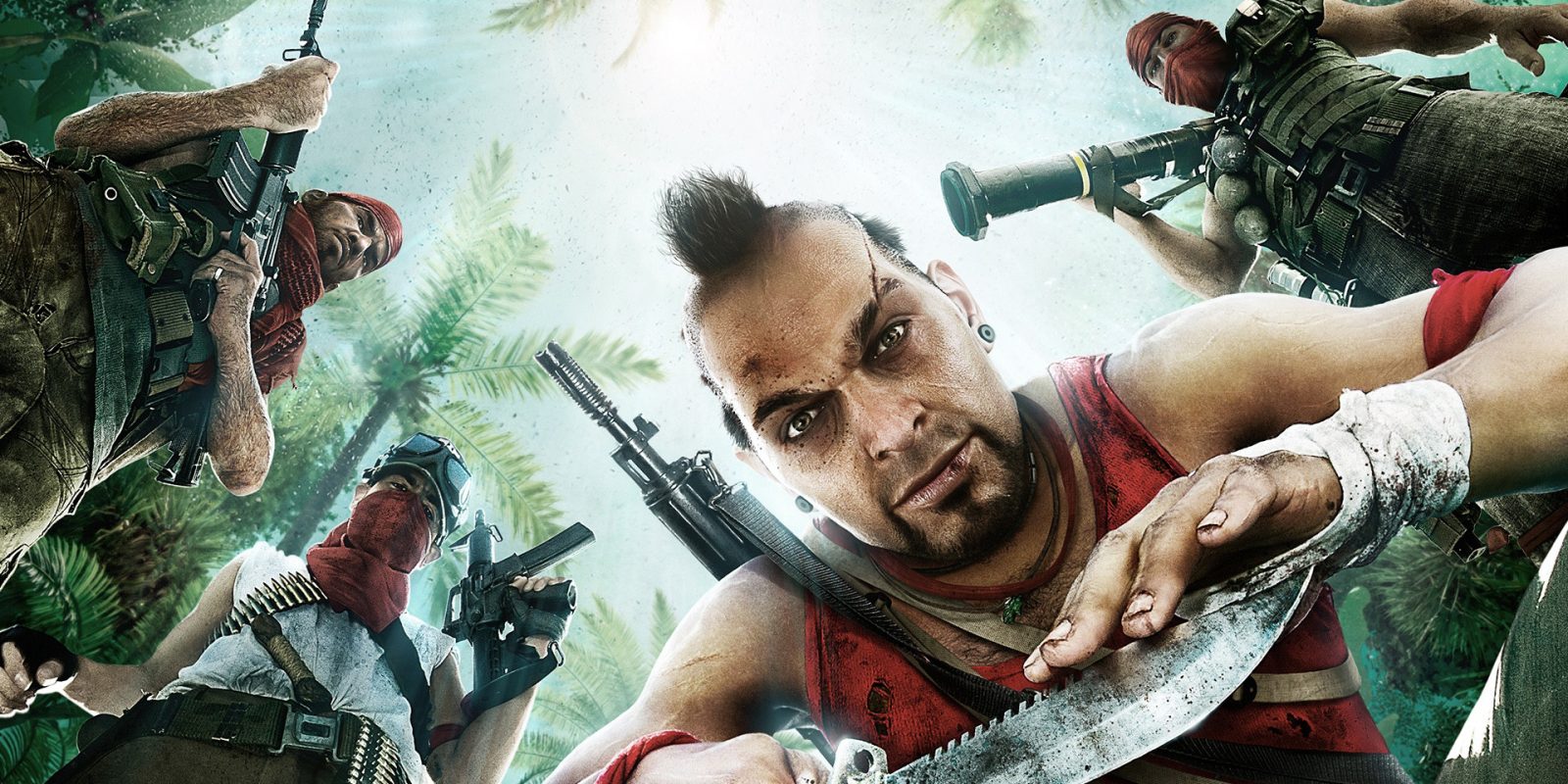 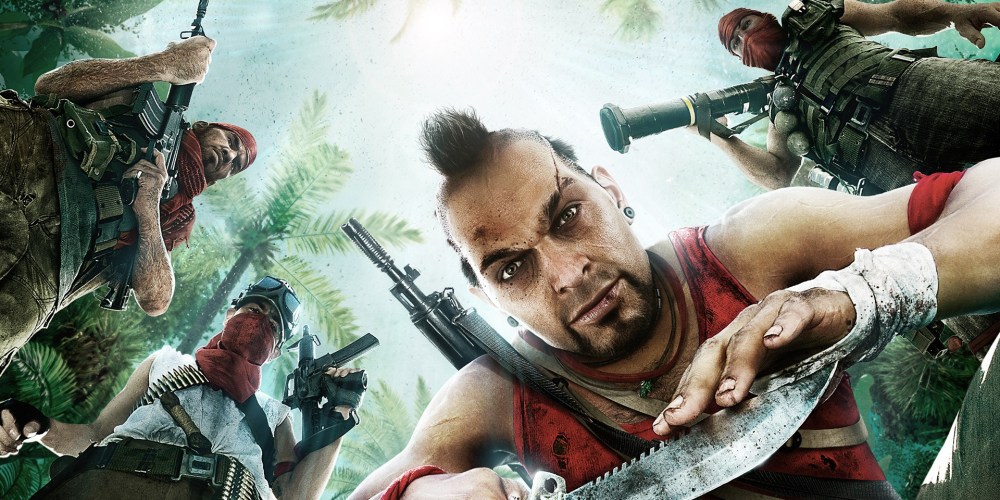 Hopefully you were able to score a new PlayStation over the Black Friday weekend. Now it’s time to stock up on games: there is no better way than by using Sony’s PS Plus program that delivers free titles each month for members. Head below for December’s notable freebies.

END_OF_DOCUMENT_TOKEN_TO_BE_REPLACED Steam has now kicked off its much anticipated Summer Sale, offering massive discounts on a new selection of games everyday. From now through June 30, the popular PC/Mac gaming platform will offer 24 hour daily deals and a small selection of flash deals that flip out every 8 hours.

For more Mac and PC game deals head over to our daily Game roundups. Mobile gamers should check out Halfbrick’s freebie Fruit Ninja sale and EA’s massive iOS sale with more than 55 of its best titles discounted.

Update: Mac Game Store has Rocksmith 2014 Edition for both Mac and PC at 50% off. Today you can grab the game for just $30 without the 1/4″-to- USB cable required to plug your guitar into your Mac/PC. So today’s is great for those looking for the new edition of the game that may already have the Rocksmith cable.

In today’s best game/app deals, Playstation has now launched is 14 for ’14 sale with up %50 off select digital titles, The Wonderful 101 is $30 and Far Cry 3 is just $15 on Xbox 360 and PS3 (both with free shipping for Prime members). Be sure to head below for today’s batch of discounted/free iOS apps including Solar Walk- 3D Solar System for $1, Static Quest: The Delivery goes free, Sample Tank is 50% off and Joe Danger Infinity drops to $1. Playstation’s 14 for ’14 sale will bring up to 50% off a number of excellent titles including Deus Ex Human Revolution, Crysis 3, Rayman Legends and Far Cry Blood Dragon, among others. If you have ever questioned whether or not a PS Plus subscription is worth it: members get up to 75% off in today’s sale and even better, get the highly rated BioShock Infinite for completely FREE as part of the instant game collection.

Sony has brought its Plus members amazing AAA titles like Borderlands 2, Deus Ex: Human Revolution, DMC: Devil May Cry and now BioShock Infinite for completely free (not to mention all the deep discounts) for just over $4 a month.

END_OF_DOCUMENT_TOKEN_TO_BE_REPLACED

Poll: Are you waiting for the iPad Pro Magic Keyboard or is a standalone trackpad…

Comment: Why I ditched the Kindle in favor of Apple Books on iPad Mini

Today in gaming, Rovio’s Mario Kart-like racer Angry Birds Go is now available free on iOS, Far Cry 3 is $15 on Xbox 360 and PS3, Amazon is continuing its holiday game sale with up to 51% off select titles across all platforms, and The Lord of the Rings: War in the North game is available for $15 down from $30 today on the Mac App Store. Groupon also has Call of Duty: Ghosts on Xbox One and PS4 for $45 shipped, which is the best current price.

Be sure to check out today’s iOS/Android freebies and discounts below:

END_OF_DOCUMENT_TOKEN_TO_BE_REPLACED

In today’s game deals, Best Buy has AC3 and Far Cry 3 for $20 each with free shipping, Newegg is offering up to 75% off on an assortment of games and Infinity Blade 3 for iOS releases today. You can also check out our usual batch of daily iOS deals and freebies below.

Assassin’s Creed 3 and Far Cry 3 for PS3 and 360 both match our lowest mentions and this time can be had with completely free shipping through Best Buy. You are saving as much as $10 on AC3 and $5 off Amazon’s price on the PS3 version. With Far Cry 3, you are saving $20 off the listing and as much as $12 off Amazon’s price. Newegg is also currently running a gaming sale from now through September 23 with as much as 75% off, but the good deals are running out quickly. You can still grab Bioshock Infinite on PS3 or 360 for $25 with free shipping, along with with a number of other great console and gaming accessory deals.

The latest Humble Indie Bundle, which was already packing some of the best indie games out there like Mark of the Ninja, Trine 2, Fez and FTL, has now added more titles to the mix to make it even sweeter. Now, for as low as $4.63 you can grab Bastion and Limbo on top of the aforementioned games, among others.

iPad: Disney Infinity: Toy Box: FREE (Until Oct. 5) – Check out the trailer below the fold.

In Disney Infinity: Toy Box, you can make your own worlds, create games with your own rules, or build places that only exist in your imagination. When you’re done, you can knock it all down and start again. Transfer anything you create between your iPad and console, and continue right where you left off on any platform.

IM+ Pro supports all major IM services, including Facebook, Skype, MSN/Live Messenger, Google Talk, Yahoo!, AIM/iChat, ICQ…We thought you might want to check up on Twitter while messaging, so we added support for it, too.

END_OF_DOCUMENT_TOKEN_TO_BE_REPLACED Elon Musk: Tesla is going to ‘simplify’ Plaid tri-motor upgrade, ‘was getting too…