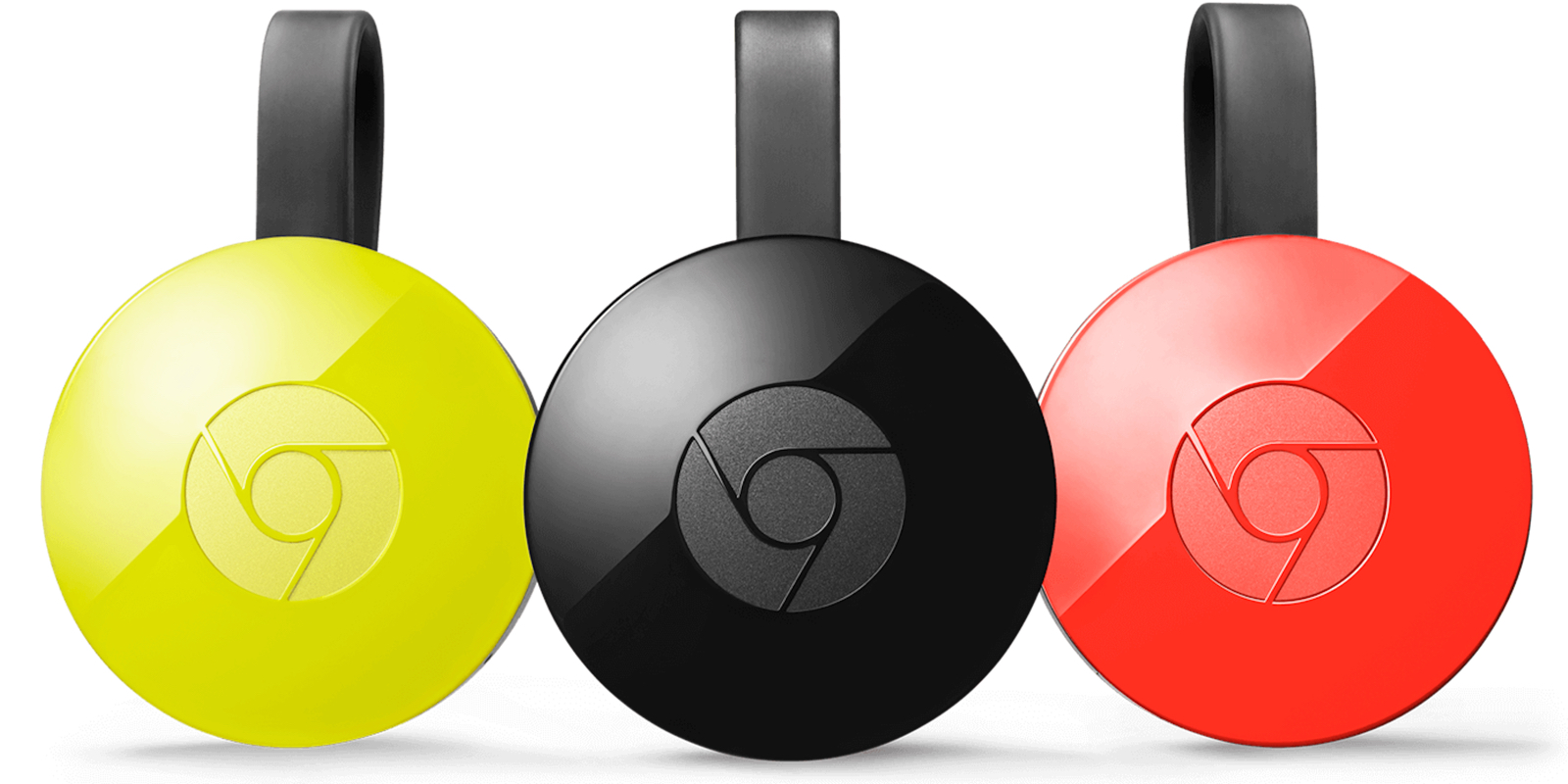 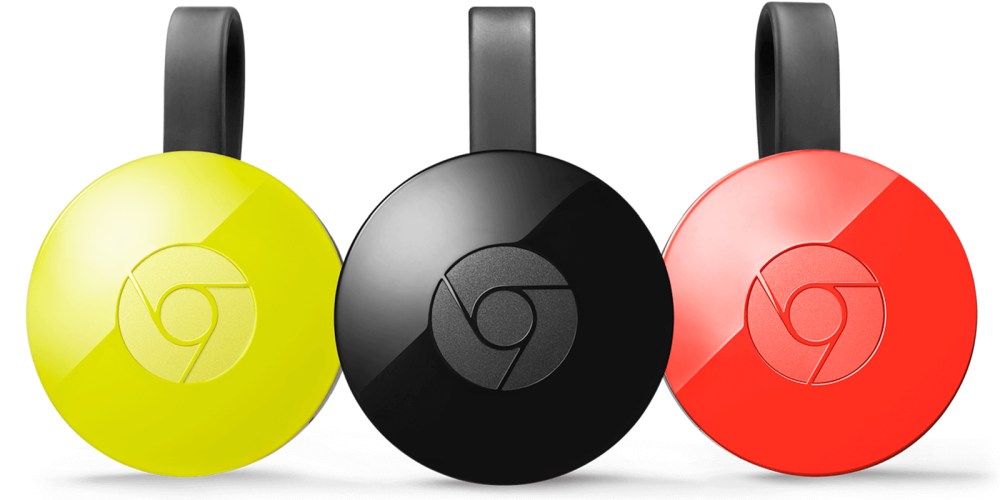 Looking to smarten up your HDTV? Here’s a pair of deals that should fit the bill. First, Google’s 2nd generation Chromecast is available with a free $10 Gift Card from multiple retailers including Target, Best Buy and Staples. This streamer comes in at just $25 (nearly 30% off list) when you take into account the value of the gift card. It’s compatible with iOS/Android devices and features 802.11ac Wi-Fi plus Fast Play so you can beam videos to your big screen quicker than ever. Chromecast Audio is also eligible for this promotion.

Next up, Amazon offers its Fire TV Stick with Voice Remote for $39.99 shipped. That’s $10 below its regular price and within $5 of the best we’ve seen. Black Friday was the only other time streaming media player received a significant price drop. The standard version is on sale for $34.99 (Reg. $40). Rated 4.2 out of 5 stars from more than 83,000 Amazon reviewers. Continue on for a full list of features and tech specs: END_OF_DOCUMENT_TOKEN_TO_BE_REPLACED

Amazon has launched several of its hottest Black Friday deals:

Free shipping is available for Prime members (free trial) and on all orders of $35 or more.

Amazon was one of the first retailers to kick off early Black Friday deals this year, but until now the online giant had remained mum on its specific plans for Thanksgiving week. We just got word on a few deals Amazon is planning to launch later this month.

The basic Kindle e-Reader will be available starting November 22nd for $49.99 shipped, which is 40% below its list price of $80. Staples is set to have the same deal a few days later. On Thanksgiving day the Fire TV Stick will be discounted down to $24.99. That’s a savings of $15. You’ll find the same pricing in Best Buy’s Black Friday ad. The all-new 7-inch Fire tablet will be on sale for just $34.99 (Reg. $50) starting Black Friday.

This is just a taste of what Amazon will offer Black Friday. We’ll let you know as soon as the rest of the deals are reveleaed. Until then, take a look at the our complete Black Friday coverage including ads from Best Buy, Staples, Target, and Sam’s Club.

How to check and track coronavirus symptoms on Android

Today only, as part of its Deals of the Day, Best Buy is offering the Amazon Fire TV Stick streamer for $24.99 with in-store pickup or free shipping on orders over $35. That’s $14 under the original listing, within $5 of Prime Day pricing and the best we can find. Outside of Prime Day and special launch pricing, the lowest we had seen the streamer go for previously is $34. You can also net yourself a Fire TV Stick inside this Sling TV promotion.

After connecting the Fire Stick to your TV’s HDMI port, over 25,000 TV episodes and movies will be made available to you from the likes of Netflix, Amazon Instant Video, HBO GO, Hulu Plus and more. Amazon says it has 4x storage and 2x the memory of Google’s popular Chromecast option, and it ships with a dedicated remote and remote app.

It has a 4.2/5 star rating from over 52,000 customers and is the very best selling electronics item on Amazon. 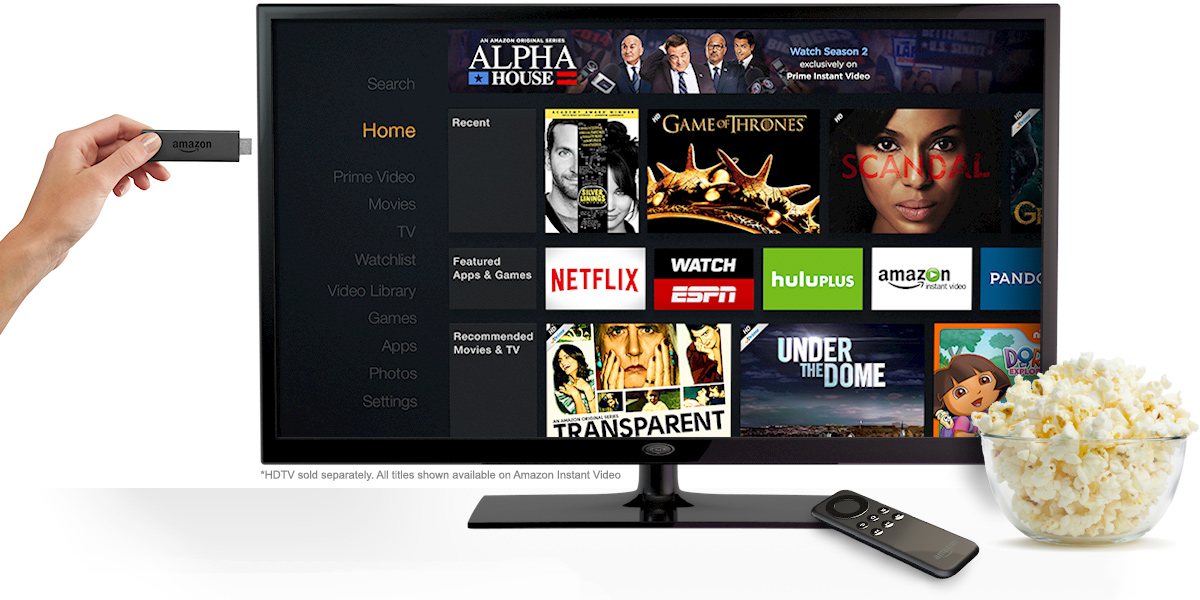 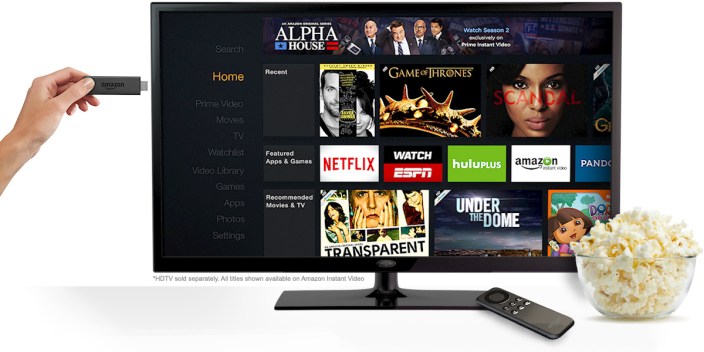 Of the major HDMI stick media players, Amazon’s Fire TV Stick is the one that we see the least amount of deals for. Sure there was the insane $20 launch promo and the free offer with Sling TV (still available), but aside from those deals there really hasn’t been any other opportunity to grab one at a discounted price. However, it looks like Amazon wants its diminutive streaming media player in the hands of dads this Father’s Day since it has just dropped down to $34 at Amazon, Best Buy, and Staples. 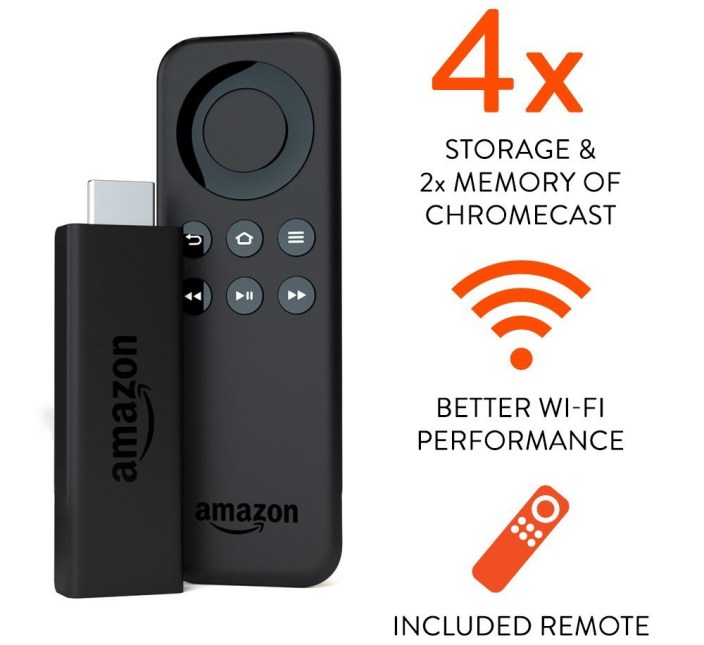 Chromecast is usually the go-to choice when it comes to streaming sticks, but Amazon Fire TV offers a couple features that Google’s player doesn’t: Fire TV Stick has a robust 8GB of storage for downloading games/apps, a dedicated physical remote control, and integrated voice search. It’s also really popular with buyers having garnered a 4.2 out of 5 star rating from 42,197 reviewers. END_OF_DOCUMENT_TOKEN_TO_BE_REPLACED

Amazon is following up its $99 Fire TV streaming media player with a $39 streaming HDMI stick, which is similar to Google Chromecast (reg. $35, on sale for $28 w/ $5 credit) and Roku Stick ($49). Fire TV Stick includes a physical remote, which doubles as a gaming controller. Aditionally, for a $30 up-charge, you can outfit your Fire TV Stick with a voice remote to take advantage of Voice Search. A free remote app is also available now for Android and will be landing on iOS shortly.

According to Amazon, the Fire TV Stick has 4 times as much storage (8GB) and 2 times as much memory (1GB) of Chromecast. It’s also the only one of the big three streaming sticks that packs a Dual-core processor, which Amazon says “results in faster and more fluid navigation.” 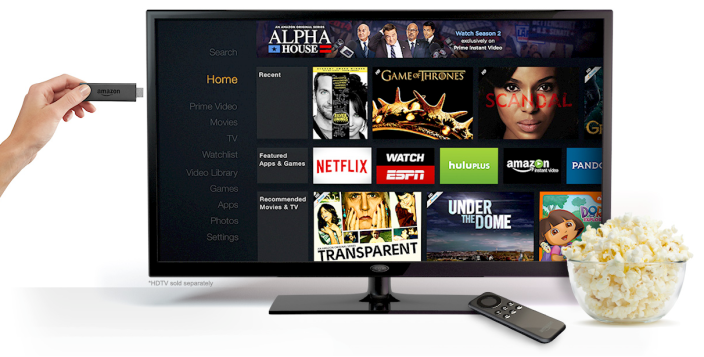 First TV Stick is available for preorder now for $39, but Prime members (free trial) can get it for just $19 for the next two days.

How to screen share and remote control iPhone, iPad, Mac to help colleagues, friends, and…