Amazon is back with another bunch of free Android apps and games. This time the booty is worth more than $110 and includes a few big name titles. All of these downloads will work on any Android device, but you’ll need to install the Amazon App Store for Android first. Once you do that you’ll be ready to start downloading. This promo ends May 16, 2015 at 11:59 PST. Here are our top picks:

The latest Humble Bundle for Android has a number of notable titles in it like Monument Valley, Joe Danger, Blek and Tilt to Live 2. As usual with Humble Bundles, this is a pay what you want affair to unlock the first three titles, but you’ll need drop down at least $3.66 (at the time of writing) to unlock all 6 options (with another being added shortly).

Monument Valley and Blek regularly sell for $4 each on both Amazon and Google Play, so this is certainly a good value on top of the fact that a portion of your choosing goes directly to charity (EFF and Worldreader) and the developers. Monument Valley is clearly the standout title here, as it rarely goes on sale and currently sits with a 4.5 star rating from over 71,000 users on Google Play.

You can still grab Fleksy for free on Android for a limited time and be sure to head over to our game/app roundups for all the best deals across every platform.

The Fleksy keyboard app is a popular option among both iOS and Android users for its creative and customizable options. Recently updated with hotkey shortcuts, case-sensitive layouts and previously with built-in GIF support, Android users can now get it for free. Regularly listed for $2 on Google Play and the Amazon App Store, you can now activate the full version inside the free trial. Simply head over to Google Play and download Fleksy + GIF Keyboard Free, where you’ll find a free upgrade link inside the app right after the installation process. This promotion will run for a week according to Fleksy’s update on the Google Play page

Head below for more details: END_OF_DOCUMENT_TOKEN_TO_BE_REPLACED

The customizable keyboard app Fleksy is now available for free for iOS users. Known for its creative input techniques like “One-Handed Typing”, full built-in GIF support and more, this is the first time the app has been available for free since September of 2014.

With support for more than 40 languages, head below to find out more about what is “officially the fastest keyboard in the world” according to Fleksy:

expiredUp to $220 worth of paid Android apps for free: Plex, Terraria, Sonic The Hedgehog 2, djay 2, Fleksy, many more

Starting now through December 26th, the Amazon App Store is offering what it’s calling the “largest Free App of the Day bundle ever.” While we have certainly seen Android sales rivaling today’s in the past, there are over $220 worth of paid apps for free available including the #1 Best Selling Entertainment App on Amazon, Plex. It is regularly listed at $5 and has received a 4+ star rating from over 30,000 reviewers on Google Play and Amazon combined.

Amazon is also offering up to 30% off Amazon Coins (which can be used for future app/in-app purchases), and you’ll find more game deals still live in our latest roundup. 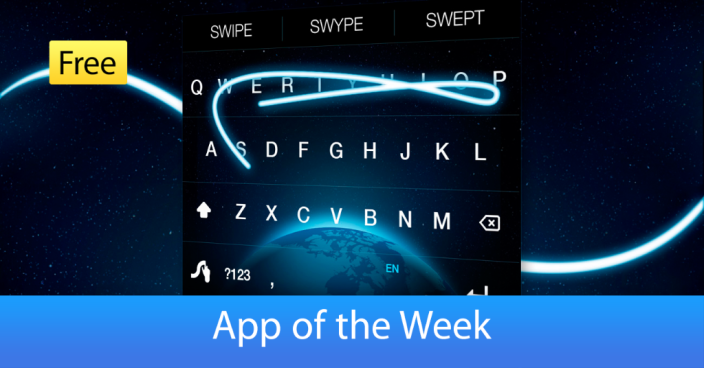 Back at WWDC 2014, Apple announced it would be allowing users to install third party keyboards in iOS 8. While there are a number of virtual keyboard options out there like SwiftKey and Fleksy, Nuance’s popular Swype keyboard app has gone free for the first time since it released in mid September.

Head below for more details…  END_OF_DOCUMENT_TOKEN_TO_BE_REPLACED

Tesla settles with Michigan over direct sales, could open door to enter the state

The return of the Fiat 500e, and its outsized meaning for EVs