A few notable new iOS and Mac releases have hit the App Stores this week including today’s launch of the follow-up to Civilization: Beyond Earth known as Sid Meier’s Starships and Gameloft’s latest entry in the Dungeon Hunter series.

Head below for more details: END_OF_DOCUMENT_TOKEN_TO_BE_REPLACED 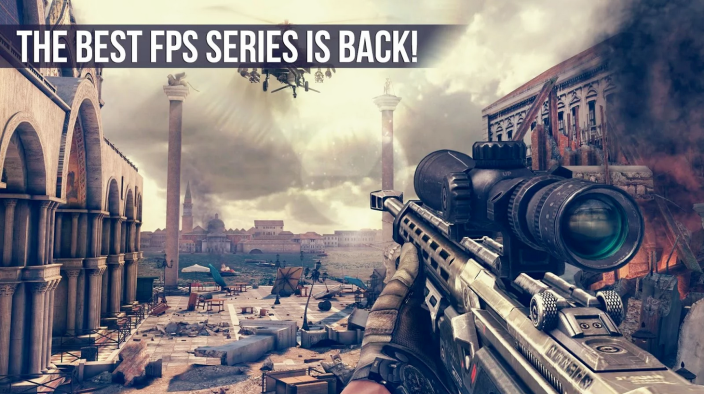 Gameloft’s Call of Duty-like military shooter, Modern Combat 5: Blackout, has hit its all-time lowest price ever on the App Store. Usually listed at $3.99 (and regularly as high as $7), you can pick up the game on iPhone, iPad or iPod touch for just $1. It has received 4/5 stars from 7,104 ratings and is listed as the “App Store’s Best of 2014 in 28 countries!”

Along with a series of updates over the holidays, Blackout features squad-based multiplayer with 4 customizable classes, chat, leaderboards and “limited time events”. There is also a full single player campaign here with light XP and weapon tier systems that takes you from Tokyo to Venice “to expose a lunatic who’s trying to tear the world to shreds.”

Head below for a quick look and more details: END_OF_DOCUMENT_TOKEN_TO_BE_REPLACED 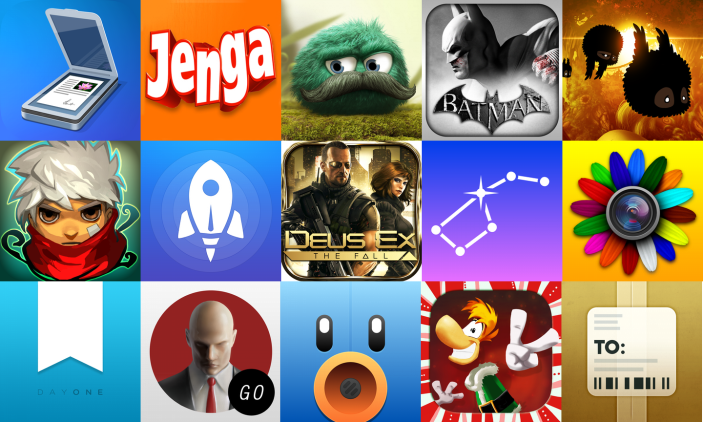 We have seen a massive selection of iOS apps and games go on sale over the past week or so. Now that Apple has locked price changes on the App Store until December 29th, we thought we would put together a master list of only the best apps on sale for the holidays.

You can grab to get even deeper discounts on iOS apps, music and movies. Head below for the best iOS price drops of the season:

END_OF_DOCUMENT_TOKEN_TO_BE_REPLACED

GM president on its electric future: ‘We can’t get away with vaporware’

Gameloft’s latest mobile military shooter, Modern Combat 5: Blackout, is getting a substantial update today along with a nice price drop. Regularly listed at $6.99, the highly rated FPS can be had for just $3.99 right now, matching the lowest we’ve seen it go for.

Already listed in “App Store’s Best of 2014” in 28 countries, MC5: Blackout received a number of new additions to its multiplayer suite along with a host of other goodies to keep players locked and loaded over the holiday season. Expect to see two new multiplayer maps (Scramble and Overtime), new level-120 cap limit, new class skills, weapons, masks and kill signs. Gameloft has added in vote and rematch systems for multiplayer maps and specific match-ups along with some holiday themed music, skins and more.

Head below for details on the update:

END_OF_DOCUMENT_TOKEN_TO_BE_REPLACED

In today’s best game/app deals, Gameloft’s latest military shooter, Modern Combat 5: Blackout, is getting its first discount on the App Store today. Regularly listed at $6.99, the title is available for just $3.99 today. Released for iOS a few months ago, the game has already amassed a 4 star rating from nearly 4,800 reviewers. Don’t forget you can grab Modern Combat 3, 4 and 5 bundled together for $9.99 right now as well. More iOS deals below.

In case you missed it, Fragment is the free App of the Week on the App Store and Amazon is handing out $5 App Store credits right now via the Prime Instant Video app on Android.

Gameloft has now unleashed its latest mobile racing title on the App Store and Google Play. Available now as a free-to-play download, Asphalt Overdrive is the latest iteration of the company’s ongoing mobile racing series, this time taking an 80’s inspired aesthetic into the lane based racing genre.

Head below for more details and some brief gameplay footage:  END_OF_DOCUMENT_TOKEN_TO_BE_REPLACED

Unhappy with FAA’s NPRM for Remote ID? The Drone Advocacy Kit can help!

Drones are measuring wildlife losses in the Australian bushfires