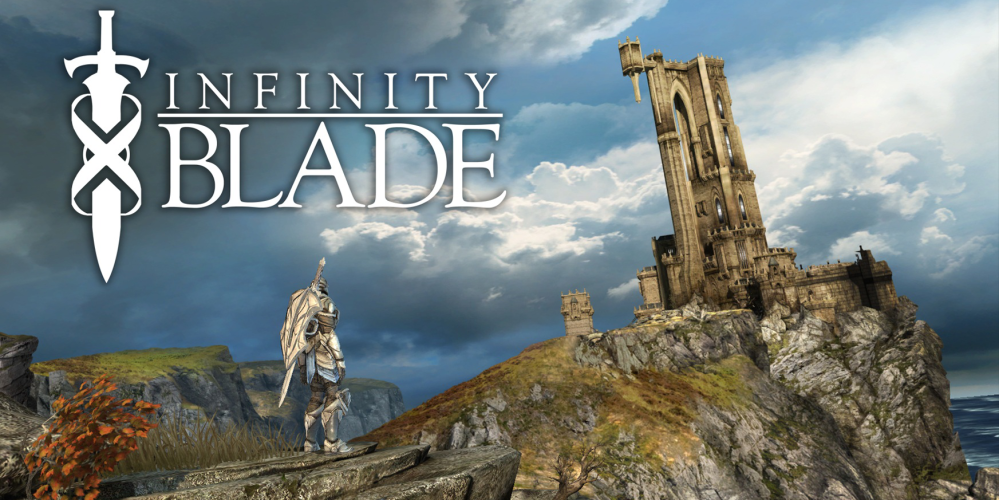 Mobile developer chAIR has just put the entire Infinity Blade trilogy on sale. Regularly listed at as much as $7, Infinity Blade 1, 2 and 3 are now available for just $1 each. While we have seen each of these titles go free at some point, it is not often we see the entire trilogy for just $3.

Not only have these games received several Game of the Year awards and perfect review scores, but they combine for a 4+ star rating from over a half a million reviews on the App Store. Head below for more details: END_OF_DOCUMENT_TOKEN_TO_BE_REPLACED

In today’s best game/apps deals, Target is offering Yoshi’s Woolly World on Nintendo Wii U for $34.99 shipped (REDcard holders will knock an extra 5% off). It is not often we see price drops on Nintendo first party games, as this one is still listed at $50 and has never dipped below $43 on Amazon. Those adorable little Yarn Yoshi amiibo figures can be had for just over $12 Prime shipped on Amazon, along with Zero Suit Samus and Inkling Boy/Girl amiibo for $9.99 Prime shipped each.

Speaking of Nintendo and Target, the retailer is currently offering select Wi U consoles for $249.99 shipped (Reg. $300+) including the Mario Kart 8 and Super Mario 3D Land bundles. Even better, the Super Smash Bros. and Splatoon bundle introduced on Black Friday is once again available for $249.99 shipped as well.

While we still have Black Friday pricing on Xbox One/PS4 consoles at Amazon and Best Buy right now starting at $300, Newegg has a number of notable deals today using code EMCKNKV23 at checkout. Here are the best options (shipping included in the price):

In today’s best game/app deals, we have split up the best console bundles, games/amiibo and iOS/Mac deals in to three separate posts, as there are just too many to fit into one. We are starting with Infinity Blade for free on iOS. It is regularly listed at $7 an can now be downloaded to all your iOS devices for free over the weekend. It is the “Winner of the 2011 Apple Design Award, and more than 20 “Game of the Year” & “Top App” awards! Tons of NEW FREE CONTENT available now!”

We also have a number of notable Mac deals today including a massive Black Friday Game Sale at Mac Game Store with deep discounts on BioShock, Borderlands, Civ, and many more. At the Mac App Store you’ll find Deus Ex: Human Revolution Ultimate Edition for: $10 (Reg. $20) and Hitman: Absolution Elite Edition for $10 (Reg. $25), both matching the best prices we can find.

You have until this afternoon to grab the latest new App Store Free App of the Week and  our favorite photo editing app Pixelmator for Mac is still 50% discount today. D own below you’ll find the rest of today’s best iOS/Mac price drops including Threes!, Lara Croft GO, iTranslate Voice, Transistor and many, many more:

Samsung Galaxy S20 Ultra may get a new color soon, adding life to the boring brick

3D printers aren’t the most practical gadget. They are bulky, expensive, and a pain to maintain. Amazon’s 3D Printing Store lets you create great looking objects without having to deal with the hassles of owning a 3D printer. Over the past year Amazon has increased the number of available 3D designs by more than 150 percent. But today’s addition of video game characters may be its best yet: END_OF_DOCUMENT_TOKEN_TO_BE_REPLACED

The first chapter in the epic Infinity Blade trilogy is now available for free (Reg. $6)

Back in March of 2011 a game by the name of Infinity Blade hit the App Store. Since then, it has become one of the most popular action games on any mobile platform, and was followed up with two very successful sequels. Only twice has the game ever been offered for free since release, both of which were more than two years ago. But from now through this weekend, developer Chair is celebrating FREEdom by offering it for completely free once again.

Head below to find out more about the game’s combat, visuals and more:

ChAIR Entertainment has dropped the latest entry in its popular sword-fighting action game, Infinity Blade III, down to just $1 for the holidays. Typically listed at $6.99, this is the lowest we have seen the game go for by $2. At $10 for the entire Trilogy, today’s deal is still a better value than the previous Black Friday bundle by more than $2.

Widely regarded as some of the best mobile games out there, the Infinity Blade series brings together “adrenaline-fueled” action with some of the best visuals on the platform. As the epic conclusion for the three part series, IB3 introduces a new playable character as well as a more fine tuned experience overall within a much larger, dynamic 3D world. Along with voice work from famous actor Troy Baker (BioShock, The Last of Us, Far Cry 4, COD: Advanced Warfare, Batman Arkham, many more), it has the “most detailed story scenes ever shown” on mobile platforms:

More features and gameplay footage below:

END_OF_DOCUMENT_TOKEN_TO_BE_REPLACED

EGEB: London health employees can borrow e-bikes to get to work