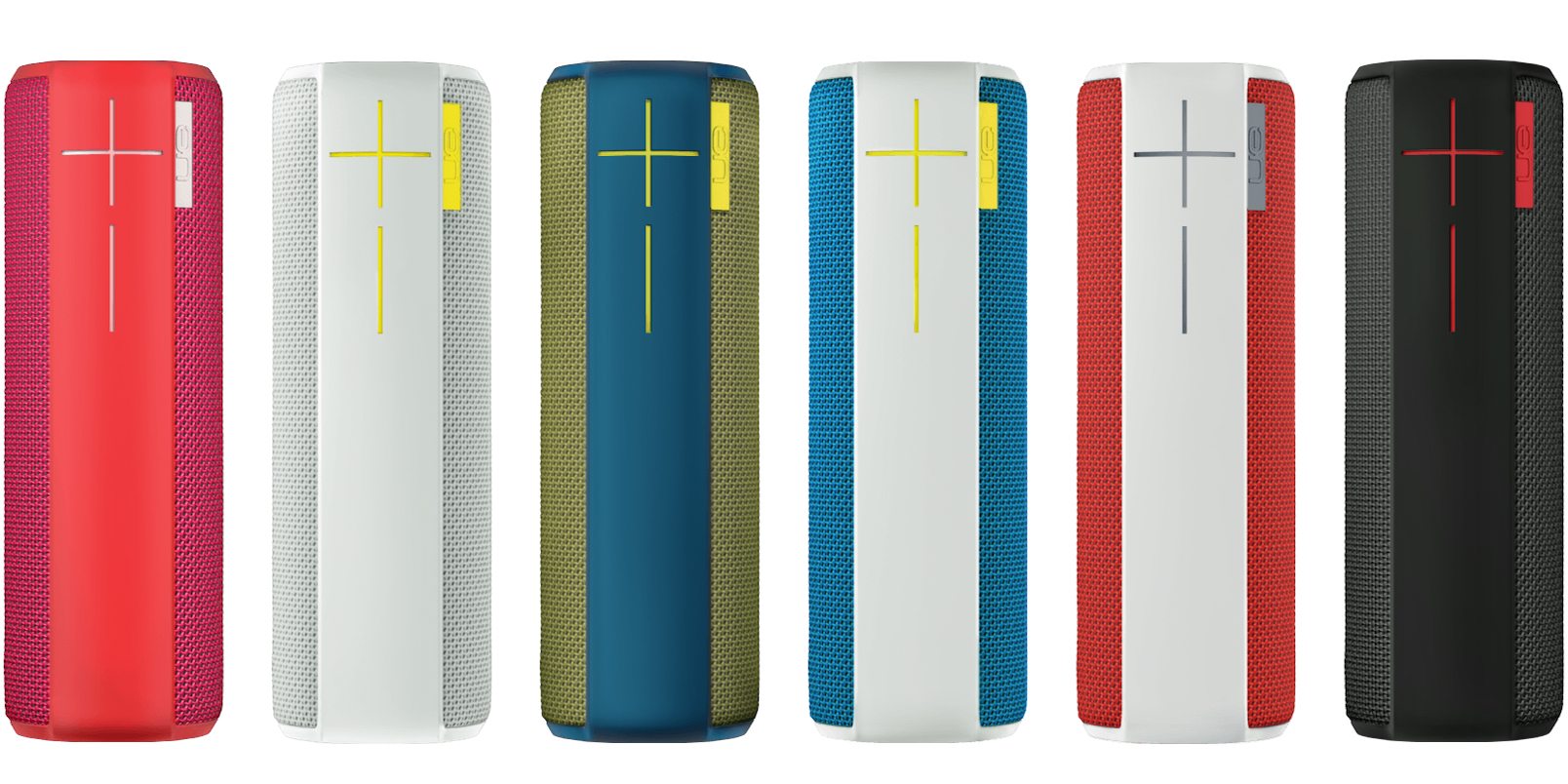 Amazon offers the Ultimate Ears Boom Speaker in multiple colors for . That’s half off the list and likely the lowest price we’ll see this holiday season. This is one of the best Bluetooth speakers I’ve tested and at $100 a no brainer price. The significant price drop is likely a factor of the new Boom 2 which is mostly the same speaker but with waterproofing instead of water resistance of this model.

Features include 360-degree sound, a 15-hour rechargeable battery, app for firmware updates and alarm clock/wake to music functionality and the ability to be paired with an additional BOOM to create stereo sound. Rated 4.6 out of 5 stars from thousands of Amazon reviewers.

Not enough sound? Amazon has the huge UE Megaboom for $50 off as well.  END_OF_DOCUMENT_TOKEN_TO_BE_REPLACED

Today only, as part of its Deals of the Day, Best Buy is offering the UE MINI BOOM Wireless Bluetooth Speaker (black, black/red or purple/green) for $49.99 shipped. That’s half the original $100 price tag, $20+ below the average selling price/Amazon, within $1 of the typical refurbished price and the lowest we can find.

Not only are they one of our favorite speakers of the sort, they feature a rechargeable lithium-ion battery with up to 10 hours of playback, 50 foot Bluetooth streaming range (plus NFC connectivity), and the ability to sync more than one up for a bigger sound. They have received a 4.4/5 star rating from over 1,000 Amazon customers.

The Bose Soundlink Mini is the best-sounding Bluetooth speaker of its size to my ears and I’ve tested quite a few. The sound is simply unbelievable and Amazon’s reviewers confirm my experience.

But it had some drawbacks in convenience that others like JBL and Ultimate Ears were able to capitalize on to make more “Well rounded” speakers. Bose had a proprietary AC charger, it couldn’t be used as a speakerphone, its battery life was mediocre and it also could only pair with one device at a time.

What’s new? We got just about everything we wanted and frankly expected when Bose released the smaller feature rich $129 Soundlink Color. Bose now lets you charge with the standard MicroUSB plug. That means you can use USB computer ports and plugs, external batteries and a whole ecosystem of products you already have to keep the Soundlink Mini II charged. Paradoxically, you won’t need to charge it as often because it now has an almost double-sized battery and playing time now rated at a more premium 10 hours. It will continue to have a charger stand which I found very convenient in the previous model.

The Mini II also now has a mic, allowing you to make speakerphone calls.  I haven’t tried it (review is on the way) but I imagine Bose has taken great care to eliminate echo and blow out its noise canceling technologies with this product. I really can’t wait.

Bluetooth pairing has also improved with it remembering  8 devices and actually pairing two at the same time. Also voice commands help with the pairing process.

Finally Bose has added some cosmetic touches including an updated beveled accent and a micro-perforated steel grille (though no mention of water resistance/proofing). I didn’t really ask for these but will take them.

This is guaranteed a winner with pre-orders starting today at Bose.com for the same $199 price point (and currently on Amazon) and shipping from authorized retailers on June 21st. Prices on the original Mini stood firm during its whole run so there seems to be little reason to wait on this one, unless you want to get our review which we hope to have up by the time they go on sale. Update: Here’s the review and the money quote: “Inch for inch, Bose produces the best sound of any portable speaker I’ve ever heard”

Remaining gripes are few but there is no USB out to charge your phone like the JBL Charge II and the form factor isn’t quite as convenient as the Charge II or UE Boom (cup holder form factor FTW). Also water resistance again like the Boom or JBL Charge would be a cherry on top. The tradeoff is of course sound which we know the Bose Soundlink Mini II will blow the others “out of the water” (Son, that’s a water proofing joke).

How to screen share and remote control iPhone, iPad, Mac to help colleagues, friends, and…

JBL.com offers the JBL WR2.4 Wireless Over-Ear Headphones for $19 shipped after using coupon code WR24JBL19 at checkout. That’s over $80 off list and by far the lowest we’ve ever seen on these headphones and wireless charging dock. Amazon, where is is $50 reviewers give it 3.8/5 stars.

Logitech has just unveiled a new line of affordable mini Bluetooth speakers. The Logitech X300 Mobile Wireless Stereo Speaker comes along with most of the traditional features found on mini BT speakers and features a uniquely angled pair of drivers engineered for a “more expansive sound spectrum.”

“The Logitech X300 Mobile Wireless Stereo Speaker gives you theater-quality sound on the go…We designed this stereo speaker on a completely new acoustic platform, strategically positioning the drivers to face upward and outward to deliver expansive sound that can help take your mobile entertainment to the next level.”

The X300 is compatible with most smartphones, tablets and Bluetooth devices and features speakerphone capabilities with on-board call controls. As for battery life, the internal lithium-ion charge will last about 5 hours according to Logitech. Although the X300 seemingly has a shorter battery life than some of its competitors, it is also nearly half the regular price of something like the popular Jawbone Mini Jambox speakers.

Logitech’s latest mini speaker is currently available for a suggested retail price of $69.99 and comes in four colors: black, red, blue and purple. You can find more details on the new X300 at Logitech.com.

For the best current deals on Bluetooth speakers check out today’s Daily Deals and our recent BT speaker roundup. Update: The Dyson vacuum and Greenworks blower are now out of stock.

Notable deals for around the house: