In today’s best game/app deals, Amazon is offering Battleborn on Xbox One and PS4 (digital or physical) for $39.99 with free shipping for Prime members or in orders over $49. You’ll also find this same deal over at Best Buy. That’s $20 under the regular listing and the lowest price we have ever tracked on the game. “A tremendous band of badass heroes fight to protect the universe’s very last star from a mysterious evil in this next-gen shooter by the creators of Borderlands. To defend it, you’ll need to utilize every type of character and weapon you’ve ever imagined — from cyborg hawkmen to samurai vampires.”

Amazon’s 20% off pre-orders promo is still in full swing and this week’s releases include the new Teenage Mutant Ninja Turtles Mutants in Manhattan title we previously told you about. The early Prime discount is still in effect ahead of the game’s official release tomorrow.

You can get the latest App Store Free App of the Week right here and Transistor is still matching its lowest price ever on the App Store. Down below you’ll find today’s best iOS deals including Lume, KAMI, Space Age: A Cosmic Adventure and more:

In today’s best game/app deals, Amazon is offering Middle Earth: Shadow of Mordor Game of the Year Edition on PS4 for $19.99 with free shipping for Prime members or in orders over $49. This same deal can be had on both Xbox One and PS4 at Best Buy and GCU members can get an even lower price. While we have seen digital copies of the GOTY edition go for $15 for Xbox Live members, this is matching the lowest total price we have tracked on physical copies. This versions includes all of the game’s DLC in one neat package, along with the main game.

Trusted game dealer Antonline via eBay Daily Deals is offering Xbox One 1TB Elite Console Bundle for $399 shipped. That’s $100 under the orignal price, $45 below Amazon and the best we can find. This matches our mention from last week as the best direct price we have ever tracked on the Elite console bundle. Antonline also currently has the best price on the Nintendo Mario Kart 8 Deluxe Set Wii U Bundle at $279 shipped (Reg. $300). And while we are talking ahrdware, Best Buy’s official eBay Store has the PDP Link Wired Fight Pad for Wii U for $9.99 and Amazon has the PDP Metal Mario Wired Fight Pad for Wii U for $9.99 Prime shipped (both regularly sell for $15+).

Over at Mac Game Store you’ll find a host of Mac games on sale right now including Borderlands: The Pre-Sequel for $18 and many more. That’s within a couple bucks of the all-time low on The Pre-Sequel for Mac and the best price we can find.

The new Free App of the Week is out, Game Dev Story dropped to just $1, and the classic-style Doom and Destiny RPG games dropped to just $1 each on iOS and Android (Reg. $3 ea). Today’s best iOS/Mac deals include Euclidea 3, Broken Age, Downwell, Radiation Island, Live Cams Pro and many more:

In today’s best game/app deals, as part of its Deals of the Day, Best Buy is offering up to $20 off select PS4 and Xbox One titles. One standout is Middle-Earth: Shadow of Mordor Game of the Year Edition for $14.99 with in-store pickup or free shipping on orders over $35. That’s $15 under Amazon and matching the best price we have seen on the GOTY edition. Also a part of the sale, The Witcher 3: Wild Hunt and Mad Max are both listed at $30. The Witcher is within $5 of the all-time low and the current best price, but you can get Mad Max on Amazon for $24.99 shipped on Xbox One right now (Prime only).

Released yesterday, Far Cry Primal is still down at $47.99 shipped for Prime members, not to mention the Best Buy GCU price. However, if you’re looking for an Xbox One, the official Newegg eBay Store is offering the Xbox One Gears of War Ultimate Bundle w/ a free copy of Far Cry Primal and an Xbox One Limited Edition Halo 5: Guardians Wireless Controller for $349.99 shipped. Combined together, that’s a $480 value for $350. The console bundle on its own goes for between $320 and $350+. Another nice bundle option is the Xbox One 1TB Rainbow Six Siege Bundle + a Headset and a $50 Newegg Gift Card for $406 shipped ($510 value).

Other notable deals include the recent PSN Critics’ Choice sale with up to 70% off digital PS4/3/Vita titles (be sure to grab a PS Plus membership to get the best prices). While Sony’s digital sale titles tend to be priced a bit higher or the same as physical titles, they do come with the advantage of not having to do anything but wait an hour or two for downloads.

Down below you’ll find the rest of today’s iOS price drops including Orderly, HoPiKo, OLO game, Toca Nature (+ other Toca games), Dr. Seuss apps and more. Exclusively for Toys readers, you can get 55% off ‘Civilization: Beyond Earth Collection’ for Mac (Steam code): $27 ($80+ value, lowest we have tracked by $3).

In today’s best game/apps deals, we have a few nice Mac game deals set to take you back to the realm of Mordor. Middle-earth: Shadow of Mordor hit the Mac App Store this last summer with the GOTY. Regularly $50, Mac gamers can now pick the game up for $24.99.

Also in the Mac App Store, LEGO The Lord of the Rings is down to $5 (Reg. $20), and LEGO The Hobbit is available for $10 (Reg. $20). Both titles are matching the lowest we have seen them go for on the Mac App Store. You’ll also find these three deals matched in Feral Interactive’s Middle-Earth Week sale.

Amazon is offering the Halo 5: Guardians Limited Collector’s Edition for $99 shipped. That’s $150 below the original listing, $50 under the next best prices and the lowest we can find. This bundle includes “the full game digital download code, 14 Premium Requisition packs, Guardian model by Metal Earth, SteelBook, Xbox Live Gold 14-day Trial” and much more. Along with Best Buy and GameStop, Amazon is also still offering $50 off all Xbox One consoles including the 1TB Limited Edition Halo 5: Guardians Bundle and the 1TB Elite Console Bundle.

The Room for iOS is now free for the first time in two years and down below you’ll find the best iOS price drops including Tiny Defense, Quick Alarm, 10, Ms. PAC-MAN and more: 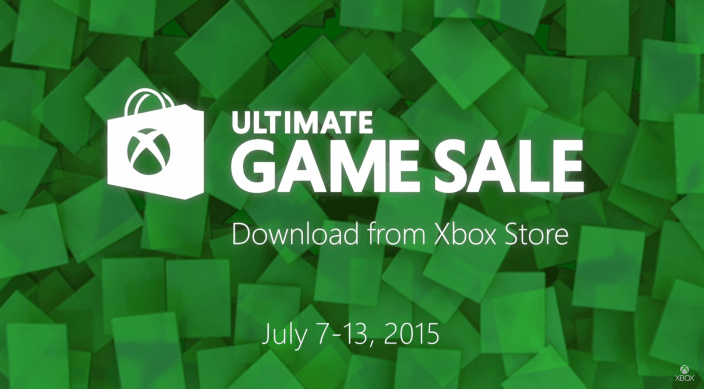 While there are a number of deals available for free Xbox silver users, the discounts are much deeper for Xbox Live Gold members. While we are seeing some very notable prices here on titles like Borderlands Handsome Collection, games like DA Inquisition can be had for the same price at Amazon. Head below for more details and the complete list of deals: END_OF_DOCUMENT_TOKEN_TO_BE_REPLACED

In today’s best game/app deals, Amazon is once again offering Middle Earth: Shadow of Mordor on Xbox One for $19.99 Prime shipped. Outside of a GCU only deal, this is matching the best deal we have seen on the highly rated title and is especially notable due to free Prime shipping.

Harness the Spirit of vengeance to inflict brutal combos while mastering powerful new skills and weaponry….Exploit the individual fears, weakness and memories of your enemies as you dismantle Sauron’s forces from within.

Other console games on sale today include pre-orders on the Day One Edition of the highly anticipated Metal Gear Solid V: The Phantom Pain for $52.99 plus $1 shipping using code EMCASAS83  in the cart. You’l also find the Far Cry Compliation (incl. Far Cry 2, Far Cry 3 and Blood Dragon) for less than $20 Prime shipped (Reg. $30, current low) on both PlayStation 3 and Xbox 360.