In today’s best game/apps deals, GameStop is offering Star Wars Battlefront on all platforms for $39.99 shipped. That’s $20 below Amazon/the regular price tag and the best we can find. It is within $10 of the all-time lowest price, which was a very limited deal at Microsoft Store that only lasted a few hours. You’ll find the Deluxe Version is also available for $20 off right now.

It looks like most of the $50 off Black Friday/Cyber Monday pricing is back on Xbox One consoles today at Amazon, Best Buy and GameStop, with bundles starting as low as $299.99. You’ll also find the Xbox One 1TB Limited Edition Halo 5: Guardians Bundle and the Xbox One 1TB Elite Console Bundle for $450 each shipped (Reg. $500, matching Black Friday).

As part of its Deals of the Day, Best Buy is offering the Disney Infinity: Marvel Super Heroes (2.0 Edition) on all platforms at the lowest we have tracked: $14.99 shipped. The Xbox One, PS4, and Wii U versions still go for $30 on Amazon.  Best Buy is still offering Buy Two PS4 or Xbox One games and get the Third Free, and you’ll find some nice Nintendo deals below.

As you may have seen yesterday, Minecraft is finally making the leap to Wii U, your time to grab Monument Valley for free is running out and down below you’ll find the best iOS price drops including Duet Display, Cut the Rope 2, Stocks Live, Flick Kick Field Goal and more:

Monument Valley has now been named the new App Store Free App of the Week and both Microsoft and Sony have released this month’s PSN and Live freebies.  Down below you’ll find the rest of the best iOS price drops including Help Volty, Victory March, San Juan, Jet Dudes, and more. Remember, Amazon is giving away a year of unlimited cloud storage to anyone who downloads a free app.

In today’s best game/app deals, Amazon is offering Metal Gear Solid V: The Phantom Pain on PlayStation 4 and Xbox One for $34.99 Prime shipped (Reg. $60). That’s $25 off the regular listing, matching the lowest Black Friday price we saw and the best we can find. Also at Amazon, you’ll find solid deals on the Nintendo Wii U 32GB Mario Kart 8 (Pre-Installed) Deluxe Set for $249.99 shipped (Reg. $300) and the Nintendo NFC Reader/Writer Accessory for Nintendo 3DS for $16.99 Prime shipped (Reg. $20 or $15.99 with free in-store pickup at B&H).

Best Buy is offering the Xbox One Limited Edition Halo 5: Guardians Wireless Controller plus the Power A Halo 5: Guardians Dual Charging Station for $69 shipped today. The charger goes for around $26, making this the lowest effective price we have seen on this controller by a couple dollars. As part of its Cyber Week game deals, Best Buy is also still offering $5 off the purchase of any 2 Disney Infinity Characters from this list, along with Guitar Hero with the Wireless Guitar Controller & USB Mic across all platforms for $69.99 shipped ($120 value, best we can find).

Over at GameStop, You’ll find 50% off on official game guides starting as low as $9.99. Titles include MGS V, Skylanders, COD Black Ops 3, Rise of the Tomb Raider, AC Syndicate, Halo 5 and much more. While you’ll need to hit $25 to receive free shipping, one standout from the bunch is the Metal Gear Solid V: The Phantom Pain Official Strategy Guide for $12.49 (Orig. $25, $17 on Amazon). GameStop is also offering a Buy Two Get One Free on any vintage games, systems and more.

Monument Valley hit its lowest price ever on iOS recently (and Android) our master holiday games/apps list is still live and you only have a few hours left to grab the latest Free App of the Week. Down below you’ll find the rest of the best iOS price drops including Bridge Constructor, Bridge Constructor Playground, Drop The Chicken, Presentation Link and many more:

Today on Amazon you’ll find a bunch of Kindle Edition Kids books available for free. Many of the titles are well-rated and would typically run you at least a few bucks each: 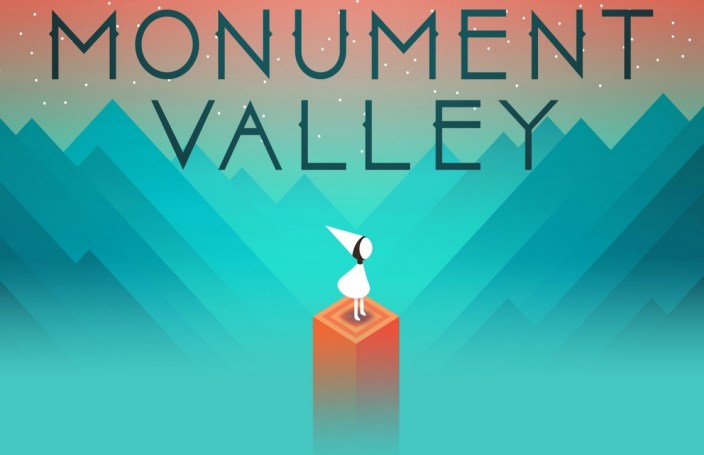 The Amazon App Store is giving away another collection of paid apps. While not quite as large as past sales in terms of selection, all told there are about $50 worth of games and apps for free. To sweeten the deal even further, the Amazon App Store Free Android App of the Day is the stellar puzzle platformer Monument Valley. Typically $4, you can grab the game for completely free on the Amazon App Store. It has received a 4+ star rating from over 80,000 ratings on Google Play. It appears Monument Valley is also a part of the freebie sale, but there is a chance it could expire tomorrow morning.

This sale runs from now through July 1st. Be sure to keep a close eye on our game/apps roundups for all the best deals across every platform and our 9to5Toys Google Lunch Break for a list of the day’s best Android hardware and software deals. END_OF_DOCUMENT_TOKEN_TO_BE_REPLACED

In today’s best game/app deals, the popular puzzle platformer Monument Valley has dropped back down to $1. Regularly $4, and widely ripped-off by copy cat developers, this is matching the lowest price we have seen on the real thing. The Apple Game of the Year 2014 winner has 4.5 stars from 17,881 ratings.

Over at Best Buy today you’ll find a number of Turtle Beach headsets on sale including the Turtle Beach – Call of Duty: Advanced Warfare Ear Force Gaming Headset for PS4 in Black for just $19.99 with free in store pickup (or free shipping on orders of $35 or more). That’s well under the $50 Amazon charges and the best we can find. Amazon is offering the Nyko Charge Base for Xbox One for $15.99 Prime shipped today (Orig. $25, lowest we can find).

1Password for Mac drops even further down to $28 (Reg. $50) http://t.co/ivYUIkmOx5 pic.twitter.com/x8HXUQBfRK