In today’s best game/app deals, Amazon is offering Mirror’s Edge Catalyst for just $41.99 Prime shipped on both PS4 and Xbox One. That’s almost $20 off the regular price and the lowest we have tracked since release. “Roam the beautiful, high-tech city at your own pace, and unlock its many different districts. Run free and explore every corner from the highest, glass made skyscrapers to the hidden underground tunnels.”

Other notables include Mortal Kombat X on Xbox One for $17.99 shipped over at the Microsoft Store (Reg. $28+, lowest we have tracked) and the Doom: Collector’s Edition on PS4 and Xbox One for $99.99 shipped (Reg. $120). Remember, we still have Doom for $39.99 Prime shipped at Amazon, which is the best price we have seen.

Just Cause 3 is still down at $29.99 Prime shipped (Reg. $35+, matching Amazon all-time low) and we are also now seeing the Dishonored Definitive Edition on PS4 for $14.99 Prime shipped (Reg. $20, matching low). Keep in mind, for those pre-ordering Dishonored 2 (currently $47.99 for Prime members), you will get a free copy of the Definitive Edition.

In celebration of E3 2016, Sony kicked off a large PSN sale as well as $15 in credit if you spend $100 or more from now through July 5th. And now Nintendo has launched its E3 2016 sale on a wide selection of classics, Wii U games and more including Zelda and Pokemon titles. Deals start from under $4 and you can browse the whole sale right here.

Down below you’ll find today’s best iOS/Mac deals including GRID 2, Momento, Beat the Beast HD, Game About Flight 2 and more:

In today’s best game/app deals, GameStop is offering Mortal Kombat X for $19.99 shipped. Opt for in-store pickup to avoid the additional shipping fee. Even with the cost of shipping that’s still a few dollars under Amazon and the lowest price we can find. “Featuring Klassics such as Scorpion, Sub-Zero, Raiden and Kano, as well as new characters such as Cassie Cage, Kotal Kahn, Ferra-Torr and D’Vorah,” and more.

The new App Store Free App of the Week is right here and the popular adventure/platformer Swordigo is still free. Down below we have today’s iOS deals including Slender Man, Windy, Scanner by JotNot Pro, Unmechanical, Tangled FX and more:

In today’s best game/app deals, Amazon is offering New Super Mario Bros. U plus New Super Luigi U for $45.95 with free shipping for Prime members or in orders over $49. Not only is this the best price we can find, but this game stil fetches full price at Best Buy and other retailers. This is within $1 of the lowest we have tracked on this particular title.

Mac Game Store has now kicked off its Spring Sale from now though April 3rd. There is a massive selection of discounted Mac titles here from Assassin’s Creed and Borderlands to Civ/Sid Meier titles and more. One standout from the bunch is the Borderlands 2: Complete Edition for just $14.99 (Reg. $40+). It includes the GOTY Edition of the game plus all the major DLC bits that came with the game. This is the best price we can find and about $20 in savings. Just the base game with no DLC costs $20 on the Mac App Store right now.

Climate Crisis Weekly: US Treasury Secretary: ‘This is not the doom and gloom issue’

Tesla will open a European design center in Germany, in addition to US & China

Europe and US clash over climate change at Davos

In today’s best game/app deals, Newegg is offering Fallout 4 on Xbox One and PS4 for $34.99 shipped using code EMCEHEM75 at checkout. That’s matching the lowest we have seen and it still goes for $40 on Amazon.

Newegg also has a notable price on Tom Clancy’s Rainbow Six Siege on PlayStation 4 for $39.99 shipped using code EMCEHEL29 at checkout. That’s $20 under the orignal price, $5 below Amazon and the best we can find. Keep in mind, we did see it hit $35 for one day on Amazon. Speaking of Tom Clancy, The Division released yesterday and is still available for $47.99 shipped on Amazon for Prime members.

After a series of recently revealed Nintendo games went up for pre-order this week with nice discounts including Monster Hunter Generations is $31.99 (Reg. $40), Star Fox Zero/Guards is $47.99 (Reg. $60) and Kirby: Planet Robobot is $31.99 (Reg. $40), we now have an all-new low on the amiibo End Level Display. For Prime mebers only, the POWER A amiibo End Level Display is now available for just $9.99 Prime shipped (Orig. $30). And don’t forget, all of the new Nintendo Select titles are set for release on Friday and are available for just $15.99 shipped each for Prime members.

We still have the Microsoft Xbox One Controller + Cable for Windows for $42.99 Prime shipped (Reg. $50, best we can find), and that crazy late addition Xbox One 1TB Holiday Bundle (includes Gears of War: Ultimate Edition, Rare Replay and Ori and the Blind Forest) with Tom Clancy’s Division,Rainbow Six Siege and Assassin’s Creed Syndicate for $399.99 shipped ($540 value) is still kicking.

Other notables from Best Buy include Mortal Kombat X from $19.99, Batman: Arkham Knight from $19.99, and The Witcher: Wild Hunt from $29.99. Everything ships free in orders over $35 and GCU members will get even deeper deals. This is matching the low on Batman and within $5 of the Witcher 3, but we have never tracked Mortal Kombat X down this low (including Black Friday).

Today is the last day to get the App Store Free App of the Week before it flips out tomorrow afternoon and down below you’ll find the rest of today’s iOS/Mac price drops including Shadowmatic, Mutant Mudds, Orbital, Crazy Basketball and more. In case you missed it, both BADLAND 2 for iOS and The Room Three mystery-puzzler got their very first price drops.

Update (2/9 11:22am): Trusted game dealer Antonline is offering the Xbox One 1TB Holiday Value Bundle and a 1 Year Xbox Live Membership Card for $349 shipped ($440 value or so). While this is the lowest out-of-pocket price on a 1TB around, you may find better value in the current $399 + $75 gift card bundle deals at Microsoft.

In today’s best game/app deals, as part of its Deals of the Day, Best Buy is offering Mortal Kombat X on Xbox One and PS4 for $24.99 with free shipping for My Best Buy Elite Members or on orders of $35+. It can also be picked-up in-store. This is matching our previous mention on the game, about $10 below Amazon’s current price. Even with the $4-$5 shipping fee, it is at the lowest price around. And remember, GCU members get even deeper discounts, for example, today’s deal would drop down to just $19.99.

Best Buy is also offering Disney Infinity: Toy Box Starter Pack (2.0 Edition) on Xbox One, PS4 and more for $14.99, with the same shipping scenario as above. Amazon does have these for $20 Prime shipped right now, which might be a more convenient purchase for some. Other notable game deals include Sunset Overdrive on Xbox One for $14.99 at Toys R Us ($18 Prime shipped on Amazon) and Xenoblade Chronicles 3D for Nintendo 3DS for $19.99 (Reg. $30+, in-store only).

Today only, as part of its Gold Box Deals of the Day, Amazon is offering up to 60% off Corsair gaming keyboards, mice, headsets and more. There are a number of very highly rated options here at all-time low prices like the Corsair K70 Mechanical Gaming Keyboard for $91 shipped.

After some notable Xbox One bundle deals at Microsoft dropped yesterday, both Walmart and Groupon appear to have some notable deals. Walmart is offering the PlayStation 4 500GB Uncharted: The Nathan Drake Collection Bundle with a 1 year PS Plus membership for $349 shipped ($400 value). As for Groupon’s deals, code EXTRA15 will knock an extra 15% off your purchase. The code appears to be working for most users but YMMV. One great place to use it is on the PlayStation 4 500GB Star Wars: Battlefront Bundle which drops to $299.99 shipped and the lowest price we can find. You’ll find more Xbox and PlayStation 4 bundles right here.

Down below you’ll find the rest of today’s iOS price drops including Drop The Chicken, Rocket Video Cast for Chromecast, Blur and many more. Heroes Reborn: Enigma for iOS is now free for the first time as IGN’s Game of the Month (Reg. $5) and Apple is offering the popular iOS video editing app ‘Videoshop’ for free ($2 value). 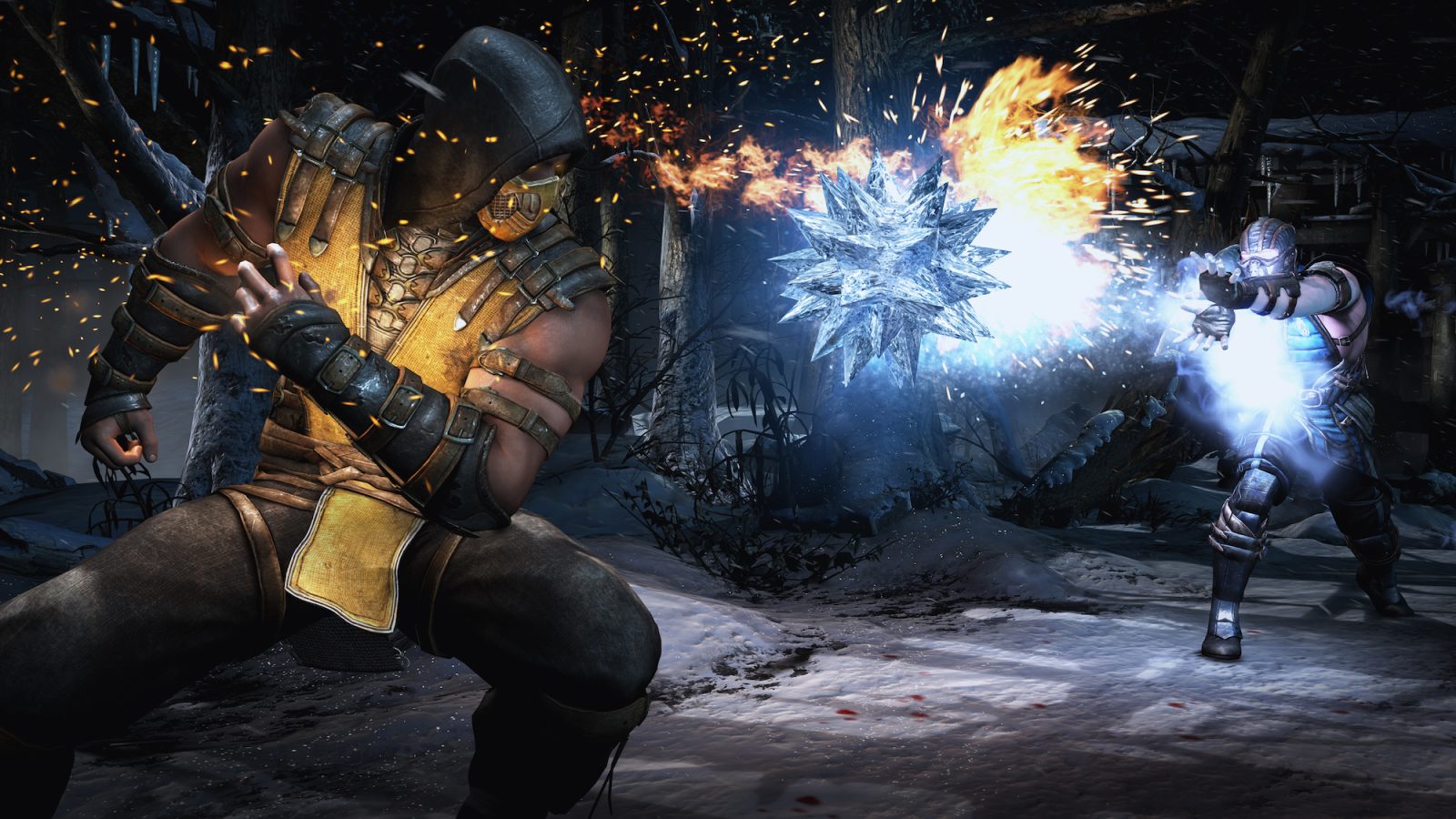 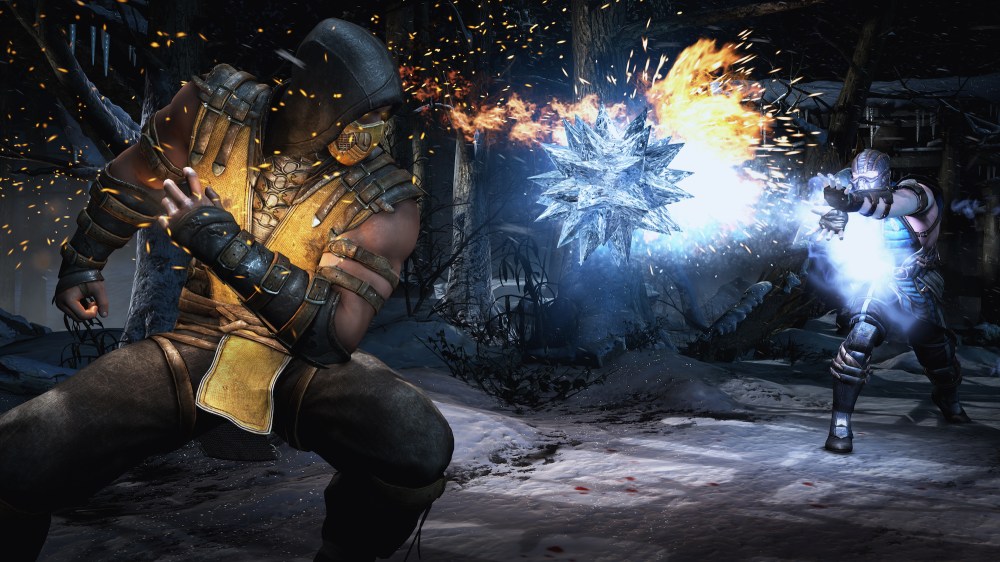 In today’s best game/app deals, after yesterday’s Prime pre-order deal on the new Mortal Kombat XL for $47.99 shipped, today we have a standout deal on the base game. Mortal Kombat X on Xbox One and PS4 is down at $24.99 with in-store pickup or free shipping on orders over $35. That’s $22 below Amazon, $5 under the lowest Amazon has offered it for and the best we can find.

Also at Best Buy, you’ll find Batman: Arkham Knight on Xbox One and PS4 for $14.99 with in-store pickup or free shipping on orders over $35. It is currently $39 at Amazon and this is the best we can find. It is currently $30 for a used copy at Best Buy. Over at Amazon you’ll find Final Fantasy XIV: Heavensward on PlayStation 4 for $16.01 Prime shipped (Reg. $20+). And lastly, Best Buy is offering Mad Max on PS4 and Xbox One for $24.99 w/ in-store pickup, however, Prime members can get it for $26.49 shipped at Amazon right now (within a few dollars of all-time low).

Remember, we still have very notable deals on 1Password, Deliveries, Duet Displays and more, but Apple has now officially unveiled its Get Productive iOS and Mac sale with even more top-tier price drops. You’ll also find the latest App Store Free App of the Week right here. Down below you’ll find today’s iOS/Mac price drops including HIPSTAMATIC Camera, Orderly, Sketch Me! and more. In case you missed it yesterday, Exploding Kittens: the “most-funded game in Kickstarter history” hit iOS with special launch offers.