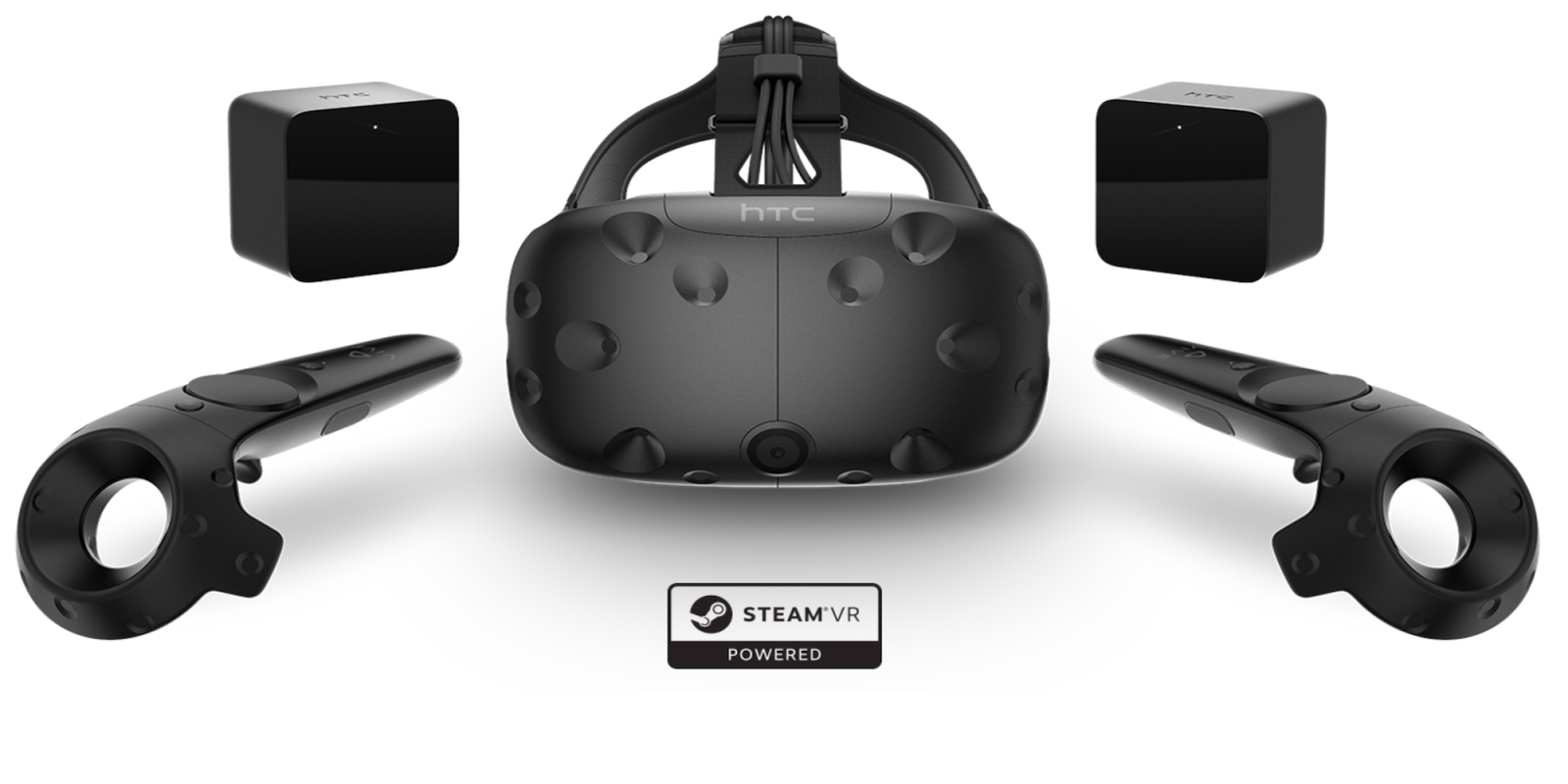 Starting today, HTC’s Vive VR headset is available to purchase direct from HTC at vive.com in at least 24 countries with the device expected to ship to customers in the next 2-3 days. And it’s also being made available to preorder at select retail partners including Microsoft Stores, GameStop and Micro Center with those orders expected to arrive beginning sometime this week.

HTC originally launched preorders in February and started shipping in April, but until this week orders have been backed up and the company has been experiencing shipping delays and complaints from preorder customers.

END_OF_DOCUMENT_TOKEN_TO_BE_REPLACED

Prepare to attack your lunch in the cutest way—Munchtime T-Rex chomping chopsticks are now up for pre-order!

Brand new for Fall 2015, these dinos by Fred and Friends use an aggressive chomping action to help you devour your meal. Head over to the Fred and Friends website to pick up a pair for $6 plus shipping.

Looking for a gift for your favorite not-a-morning-person? The Slow Brew sloth tea infuser might be just their speed. This adorable silicone sloth fits snugly in your mug while you sip your morning tea. For $9.34 Prime shipped, this sleepy little guy can help you make it through even the most hectic morning. If you’re up and on your feet at the crack of dawn, check out this highly-rated squirrel tea infuser instead for $10 Prime shipped.

Add to your offbeat kitchen arsenal with these loveable gadgets:

Incase is readying a new collection of bags designed for your iPad, MacBook and other gadgets. Our colleagues at 9to5Mac have partnered with Incase to offer an exclusive preorder period for the entire collection, a free power pack, and an amazing giveaway.

Each of the new bags uses Incase’s new Ecoya fabric that is more environmentally friendly and longer lasting. I had a chance to go hands-on with the bags and found that each model has ample, easily accessible storage and enough protection to keep your gadgets safe while on-the-road. Not too mention they all feature Incase’s typical high-quality craftsmanship and style.

Head over to 9to5Mac to get early access to these bags, lock in your free power pack and sign-up for the giveaway.

Comment: I’d only want a Smart Keyboard with trackpad if it ticked two boxes

Should you protect your new iPhone 6/6 Plus with AppleCare+ or SquareTrade?

Preorders for iPhone 6 and 6 Plus kicked off late last night and if early sales are any indication, these new models are going to be the best selling iPhones in Apple’s history. This year’s iPhone lineup is also the most expensive ever, with the iPhone 6 Plus topping out at $949 without carrier subsidies.

At minimum you should keep your iPhone in a durable case to protect it from everyday bumps and drops, but you should also consider a protection plan for more catastrophic accidents.

END_OF_DOCUMENT_TOKEN_TO_BE_REPLACED

The new faux leather stitched Samsung Chromebook 2 is now available for preorder from Amazon and Samsung direct. The 11.6-inch model comes in two colors, jet black (ships 10-14 business days) and classic white (ships early May), and costs $319.99. The faster 13.3-inch model is only available in luminous titan grey (ships 14-21 business days) and costs $399.99. Head below to see a detailed comparison of the two models.

Samsung direct is doing its best to lure customers away from authorized resellers by offering a free case with the purchase of any Chromebook 2 through April 27th. END_OF_DOCUMENT_TOKEN_TO_BE_REPLACED

First introduced at CES in January, Samsung today quietly started taking preorders for a new billion-color, 3,840 x 2,160 28-inch 4K monitor. The UD590 includes two HDMI 1.4 and one DisplayPort, audio out, and introduces a slick brushed metal look with thin bezels and a ’T-shaped’ stand that minimizes the machine’s overall footprint. Perhaps the most intriguing part about Samsung’s new display is the price: $699 makes the UD590 an extremely competitive option to monitors from Dell, Sharp, Asus and others with similar specs but much higher price tags. Also included is a new “Picture-by-Picture” mode that lets you “connect two PCs to the same monitor and see the desktops of both simultaneously on one screen that’s divided into two.”

The monitor will be released and ship on April 18, but you can preorder it from Amazon now for $699 with free shipping using the link below:

END_OF_DOCUMENT_TOKEN_TO_BE_REPLACED

Tesla could be worth $1.5 trillion by the end of the decade, says Ron Baron

Report: Why Every Uber/Lyft trip should be electric and pooled asap