Apogee releases its most affordable full-featured Mac recording interface yet 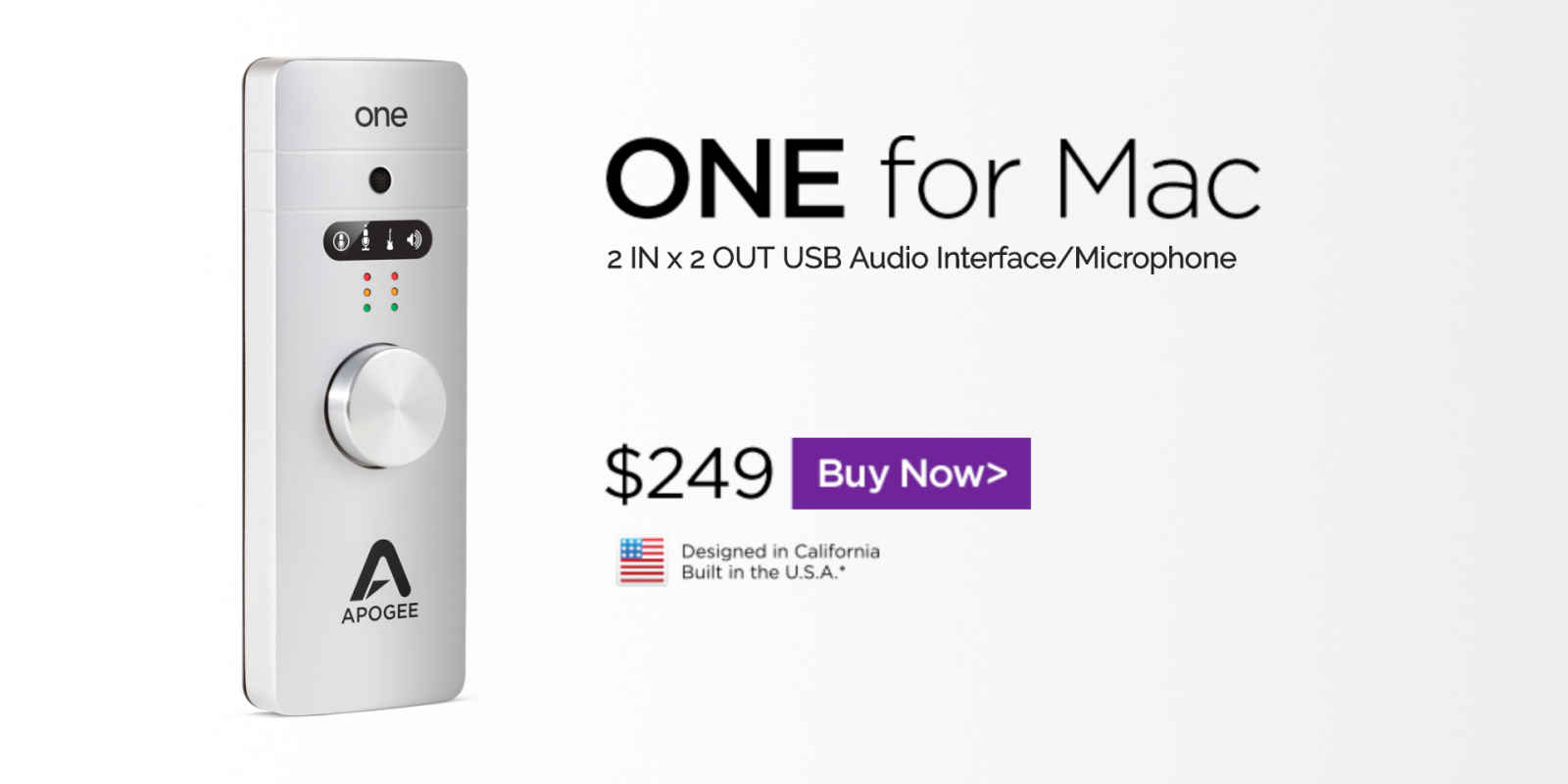 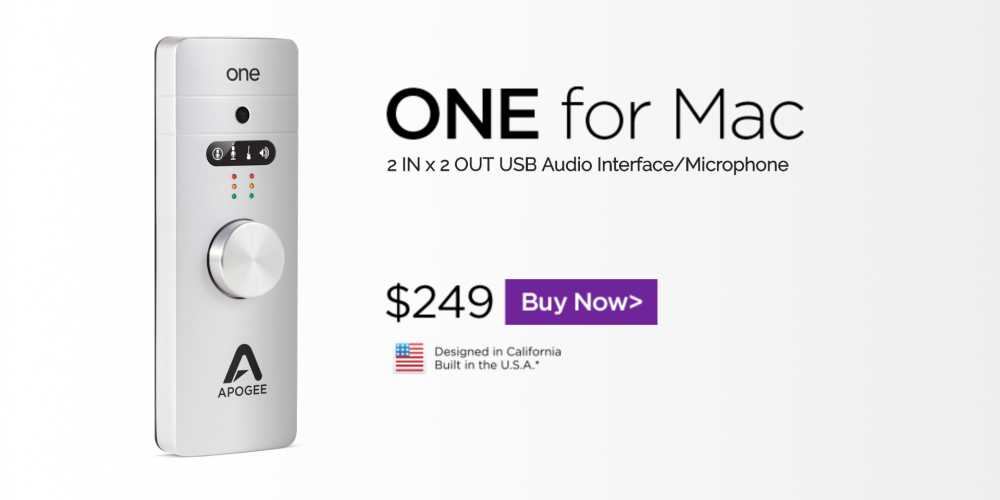 Apogee, one of the leading audio interface companies in the business, has just released its most affordable option for Mac yet. The new ONE for Mac is very much based on the company’s small-footprint ONE interfaces, but this time with a more focused approach just for Mac users. While you wont get the dual functionality of the previous generation iOS/Mac options, the new interface also won’t reach into your pocket quite as deep.

END_OF_DOCUMENT_TOKEN_TO_BE_REPLACED

Apogee, an industry leader in digital audio, is now offering some serious software packages with its stellar home audio interfaces. Apogee’s Duet, Quartet and the professional Ensemble interfaces, now come with a free Waves plug-in bundle. While you will be paying regular price for the interface itself, these Waves packages are regular $600 for the Silver bundle and $800 for the Gold package.

You can grab a Duet or Quartet on Amazon right now for $100 less than the new Waves bundles, and you can get these particular plug-in packages for about $200 under their regular price on Amazon. But we rarely see Apogee interfaces go for much less than that outside of special holiday events, and it’s usually manufacturer refurbished models. Anyone in the market for a new Apogee will likely see a lot more value (between $300 and $600 depending on the model) with the new Waves bundle offerings.

These Waves plug-in bundles come with a number of very popular products among professional audio engineers/producers including complete EQ and compression suites for Logic Pro X or Pro Tools etc:

Be sure to check out our new weekly series: The Logic Pros, where we explore all the most interesting gadgets and software for making music on your Mac/iOS devices.

Announced today, Avid and Apogee have teamed up to offer a new line of Avid Artist Suite interfaces. The new Avid branded Apogee Duet and Quartet feature the same awarding winning I/O and functionality as their non branded counterparts, but sport an all black exterior and come bundled with Pro Tools 11.

With the new interfaces we are getting full Mac and Windows support along with a bundled download of Pro Tools 11, over 60 virtual instruments/effects and an iLok key to authorize it all. There is also access to EUCON-enabled (Extended User Control) I/O software for direct control between the Pro Tools software and the new Apogee hardware.

As for the hardware itself, both the Duet and Quartet pack the same impressive specs and functionality with up to 24-bit/192 kHz recording resolution, a combination of mic/line/instrument/digital/analog I/O, and USB connection for a MIDI keyboard or DJ controller. These interfaces come with Apogee’s reputation for some of the best sounding converters in pro audio, industry standard Pro Tools software, and are priced accordingly:

The new Pro Tools Quartet pre-order will run you $1,899 and the Duet is going for $1,099. If you aren’t interested in Windows support or the bundled Pro Tools software, both the Quartet ($1395) and Duet ($595) can be had at nearly half the price with iOS support included. Apogee has a couple nice charts outlining the differences between each model in detail.