In today’s best game/app deals, Amazon is offering the 500GB PlayStation 4 bundled with Uncharted: The Nathan Drake Collection and Guitar Hero Live for $399 shipped. Even after the recent official price drop on PS4, this bundle is still saving you as much as $50 and is the lowest we can find. Guitar Hero Live goes for $99 on its own.

Play as Nathan Drake across a trilogy of thrilling, white-knuckle adventures. Experience Drake’s relationships with those closest to him, as he struggles to balance adventure and family.

Other notable game deals from today include The Witcher 3: Wild Hunt (Xbox One) for $31.35 at Walmart and the Super Mario Series Mario amiibo for $9.95 (Reg. $13), both with free in-store pickup. Best Buy still has $30 Gamers Club Unlocked Membership Activation Cards online (In-Store Activation Required), along with Dragon Age: Inquisition for $19.99 on Xbox One/PS4 and Bloodborne for $29.99 (within $5 of lowest, best we can find). 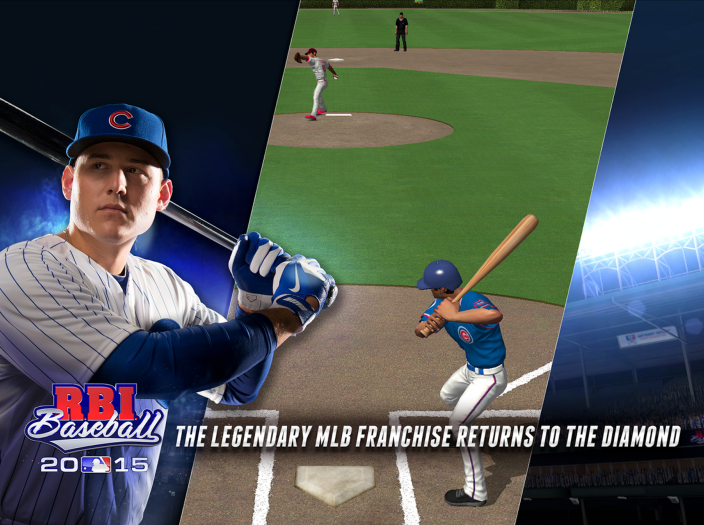 Just in time to get your baseball fix during MLB’s All-Star break, R.B.I. Baseball 15 for iOS is getting its very first price drop today. Originally released at the end of April this year for $4.99, today you can download it on your iOS devices for just $1.99.

You can also grab R.B.I. Baseball 14 for $1.99 today (Reg. $4.99). While we did it see it drop down to $1 during the holiday season last year for 7 days, this is matching the best price we have seen outside of that sale. More details below: END_OF_DOCUMENT_TOKEN_TO_BE_REPLACED

MLB Advanced has dropped R.B.I Baseball 14 for iOS to its all-time lowest price of $0.99, making it a perfect time to slide this game into your home screen ahead of Christmas. Previously, the lowest we had seen on R.B.I. was for $1 more back in October, so we’d recommend grabbing it now.

R.B.I. Baseball features all 30 Major League Baseball teams, as well as 480 current ball players. Gameplay is designed around the fun, arcade action of the original, but with iOS in mind from the ground up. You can play a full nine inning game in 20 minutes, plus regular and post-season modes.

Check out the latest deals on games, apps and more in our daily roundup. MLB Advanced Media has released R.B.I. Baseball 14 for iOS today. Back in January the developer announced it would be reviving the nearly 20 year old franchise, along with its simple but engaging gameplay mechanics. This isn’t a simulation style experience like The Show, it is specifically designed as a modern take on the simple but fun sports experiences some of us remember from the early days of sports gaming.

The game has been updated with modern graphics, as well as 2014 rosters and teams. Additional features include:

R.B.I. Baseball 14 is available now on the App Store for $5, and according to the official site, it will be available on both PS3 and Xbox 360 ($20) some point today. The developer also said to expect PS4 and Android versions “coming this spring”