Staples is offering the Seagate Backup Plus Slim 2TB USB 3.0 Portable Hard Drive for $45.54 shipped when you add a filler item to your cart and use the code 30231 at checkout. For comparison, both Amazon and Best Buy charge $60 for this drive, and the all-time low at the former is $55. Offering 2TB of storage space, this drive doubles what other offerings in this price range can hold. Plus, with a portable design, there’s no need to carry around external power here, as it runs off the included USB 3.0 cable. Rated 4.6/5 stars. 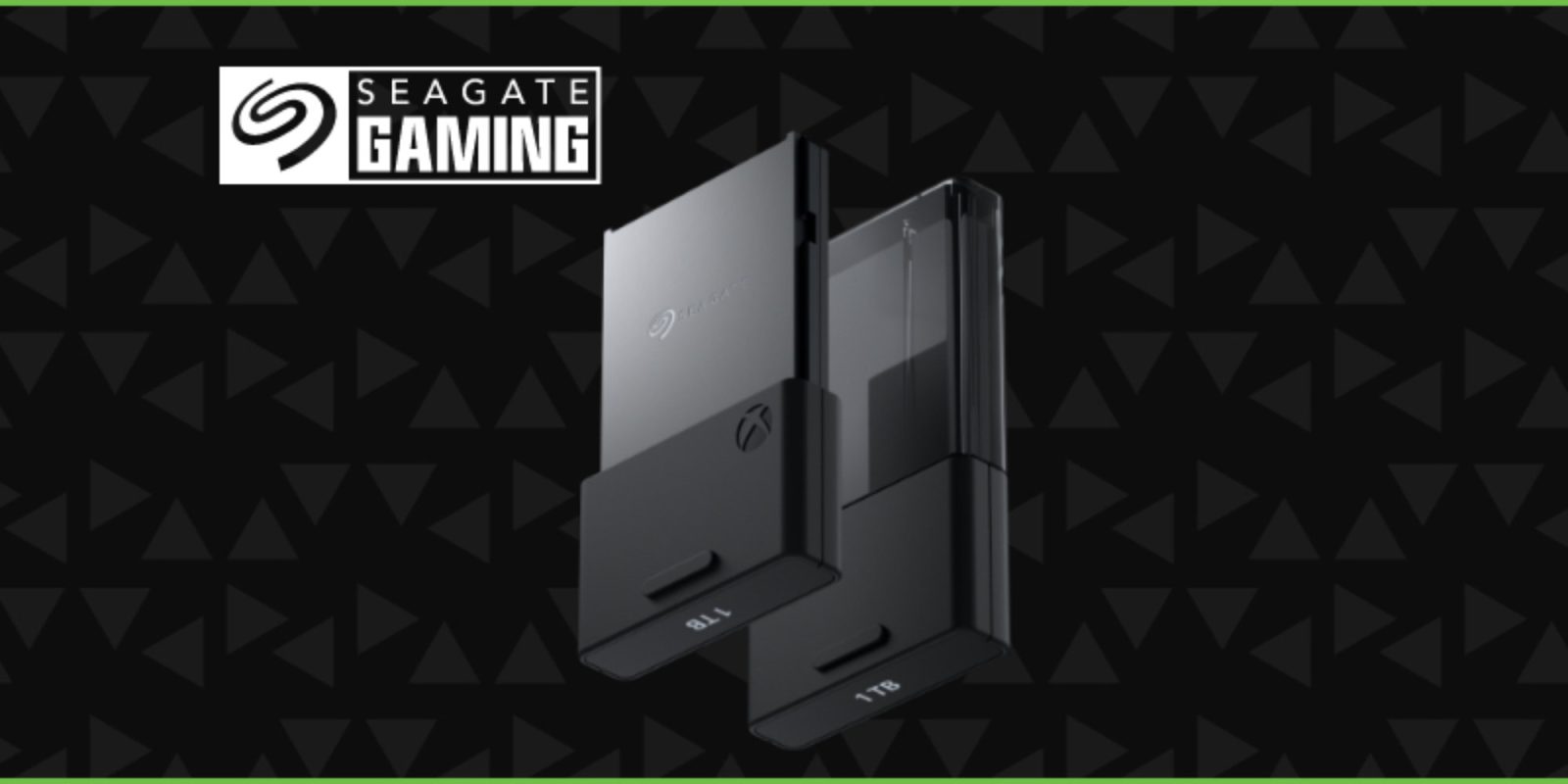 Well that didn’t take long. Just a matter of hours after Microsoft unveiled tons of Xbox Series X details including its new expansion card technology, Seagate has officially taken the wraps off a compatible offering. The new Seagate Storage Expansion Card tops out at 1TB of storage and is built in direct partnership with Microsoft’s Xbox division. This means that it takes full advantage of the Xbox Velocity Architecture, delivering performance that is said to be identical to what’s found inside Xbox Series X. Continue reading to learn more.

END_OF_DOCUMENT_TOKEN_TO_BE_REPLACED

expiredExpand Plex with one of these Seagate 6TB HDDs, priced from $110 at Amazon

Amazon is offering the Seagate IronWolf 6TB NAS 3.5-inch Internal HDD for $139.99 shipped. That’s $40 off the typical rate there and is within $5 of the lowest Amazon price we have tracked. If you run a Plex server, you know just how quickly a few hundred gigabytes can fill up. Thankfully today’s Amazon offer lets you add 6TB to a NAS device at a very respectable price. Seagate touts that its IronWolf drives deliver “less wear and tear, little to no noise/vibration, no lags or down time, and increased file sharing performance.” Owners will receive a 3-year warranty with their purchase. Rated 4.6/5 stars. Continue reading to find yet another discounted HDD.

expiredSeagate’s 2TB FireCuda Gaming SSHD is the best of both worlds: $60 (Reg. $80)

Amazon is offering the Seagate 2TB FireCuda Gaming SSHD for $59.99 shipped. That’s $20 off the typical rate there and is a match for the lowest price we have tracked. If you’ve got an original PS4 in your home, that means you’ve been living with a mere 500GB of storage. At first this may have seemed like enough, but games are now larger than ever and it’s now commonplace for AAA titles to take well over 100GBs each. Nabbing this drive expands capacity by up to 4 times while also providing a speed boost thanks to a hybrid design that combines solid state technology with a conventional hard drive. Rated 4.5/5 stars.

Amazon is offering the Seagate IronWolf 6TB NAS 3.5-inch Internal HDD for $139.99 shipped. That’s $40 off the typical rate there and is within $5 of the lowest Amazon offer we have tracked. Whether you’ve got a Plex server or simply need a place to backup important files, this 6TB drive can be all yours at a nice discount. With 256MB of cache, this drive is made to easily handle reading and writing to several files and folders at once. A 3-year warranty comes standard, providing you with peace of mind for the foreseeable future. Rated 4.6/5 stars.

Amazon is currently offering the Seagate BarraCuda 6TB Internal Hard Drive for $109.99 shipped. Usually selling for $140, today’s offer is good for a 22% discount and matches the Amazon all-time low only set twice before. Whether you’re looking to expand your media server or main computer rig, this internal hard drive is up to the task. It features enhanced data encryption as well as a 64MB cache for speedy file retrieval, and more. Plus for added insurance, this drive comes backed by a 2-year warranty. Over 3,600 customers have left a 4.6/5 star rating.