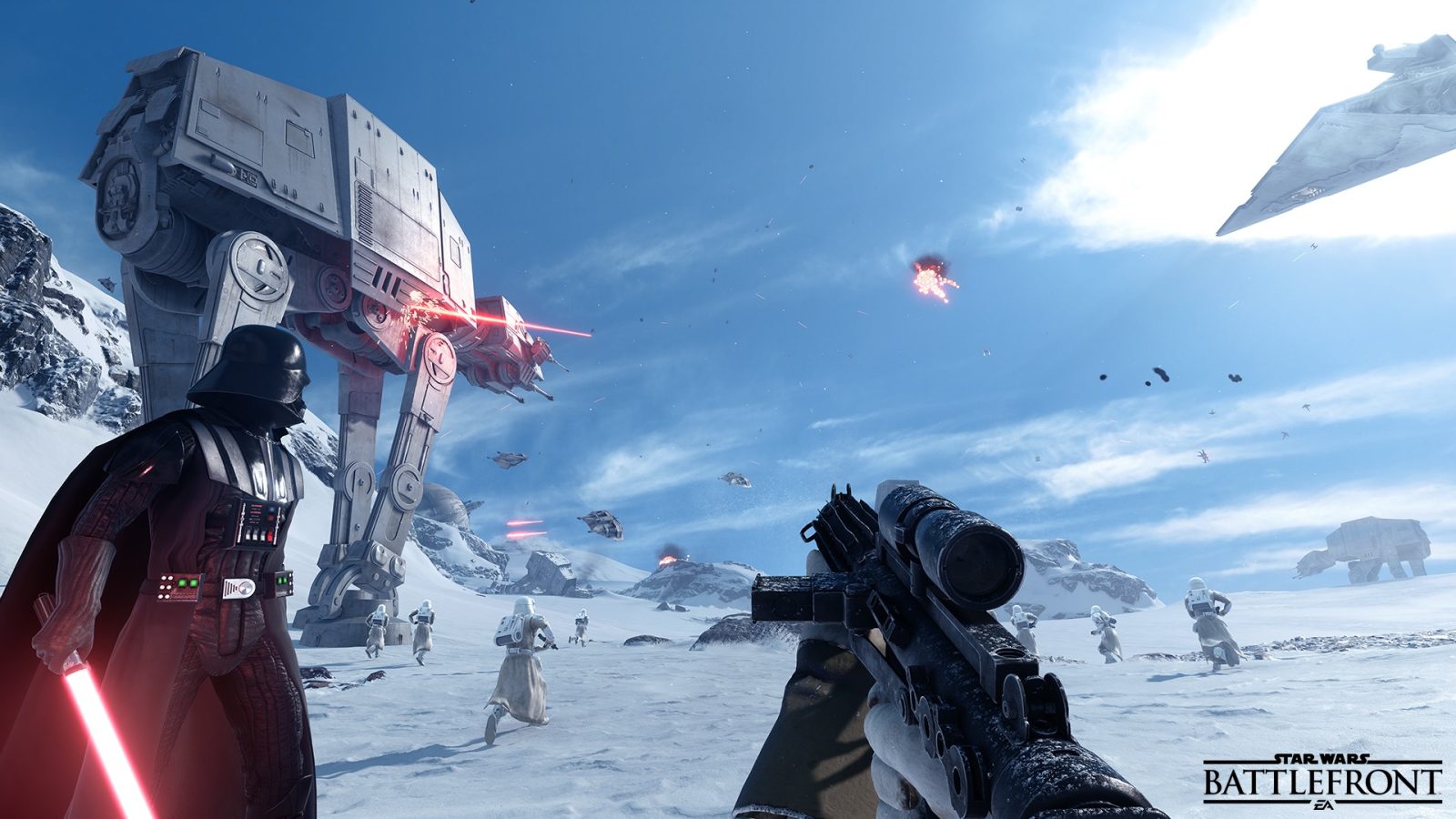 Update (10/12 3:10pm): EA has announced the new Star Wars Battlefront Season Pass that includes for upcoming expansion packs with two-week early access and exclusive gameplay modes. This is very similar to Battlefield 4’s Premium Pack. It is available for pre-order today for $50. Additionally, the Battlefront Beta will be available through tomorrow, October 13th.

The beta period has begun and downloads are now rolling out periodically across the world. Software will become available for download at varying times throughout the day depending on your location. You’ll need 8GB of free space on console platforms and 11GB on PC to grab the beta.

Pre-orders for the Darth Vader Sony PlayStation 4 console and a new limited edition bundle with a Han Solo Fridge are now available, as well.

If you weren’t already excited enough, there is more Star Wars Battlefront news to share today. The multiplayer beta will be hitting Xbox One, PlayStation 4 and PC in early October. In addition to the 40 player Rebel vs. Empire Walker Assault on Hoth, another new gameplay mode will be introduced along with a companion app. Full details below.