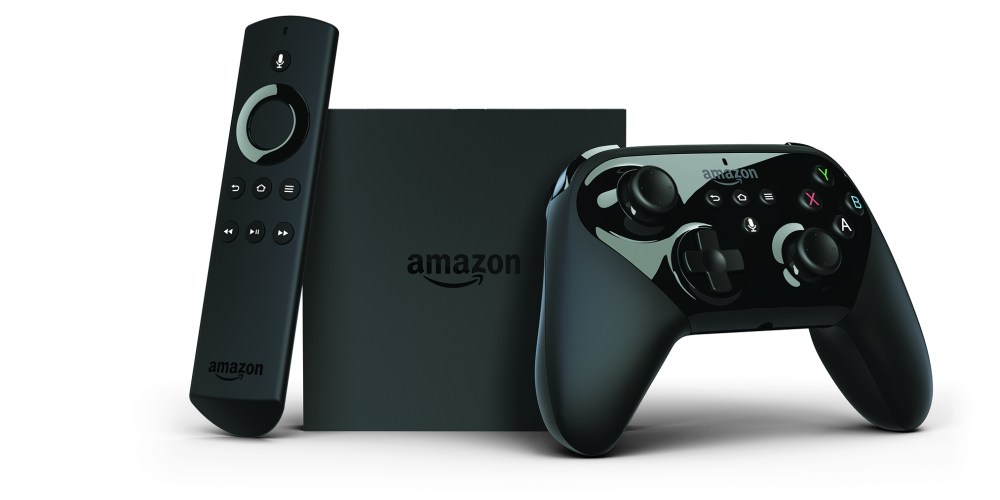 Amazon has dropped the price on its Fire TV Streaming Media Player down to $84.99 shipped. Also available at Staples. That’s good for 15% off the regular price and a match for the best discount that we’ve seen outside of a Black Friday promotion. The Fire TV gaming bundle with a controller, two games and a 32GB microSD card is also on sale for $124.99 shipped (Reg. $140). If you’re looking to cut the cord (not that hard!), the HD Antenna bundle has dropped to $94.99 (Reg. $110).

The Amazon Fire TV streaming media player offers support for 4K Ultra HD video thanks to a quad-core processor and 802.11ac Wi-Fi. It also has 8GB of internal storage that can be expanded to 128GB. Amazon also recently announced that Alexa-support would be coming to the media player as well. It has collected a 4.2/5 star rating from over 12,000 reviewers.

ICYMI: Amazon is also discounting many of its Fire tablets and the newest Tap Bluetooth speaker.

END_OF_DOCUMENT_TOKEN_TO_BE_REPLACED

It has a 3840×2160 native resolution, LED backlight, WiFi, Smart TV apps including Hulu Plus, Netflix, YouTube, and more. It also has USB, and three HDMI inputs. Rated 4.3/5 stars from over 300 Amazon shoppers.

Adorama’s Official eBay Store has the LG 27-inch 1080p LED Monitor (model 27MP65HQ) for $159.99 shipped. Today’s deal is $140 off the list price, a match of our previous low mention and the best current price. This ultra-thin bezel LG monitor has a full 1080p display with HDMI and D-Sub inputs. It has LG’s cinema screen design that is capable of showing four desktops at a time for “maximum productivity.” Rated 4.4/5 stars.

Monoprice offers its 28-inch 4K Ultra HD Monitor for $329.99 shipped. That’s a savings of $60 off the regular price, a match of the previous low and the best available. This monitor is capable of pumping out resolutions up to 3840 x 2160 and has HDMI, DisplayPort and DVI inputs. There are built-in 2W speakers and the entire thing is wrapped in an antiglare matte finish. Rated 4/5 stars.

Apple users will want to grab a Thunderbolt to DisplayPort cable to round out their new setup. Pick up a HDMI cable if that’s you’re preferred method.

In today’s Daily Deals we have from Amazon the TP-Link AC750 Dual Band 802.11ac Wireless Range Extender for $29.99. You can clip the coupon on the product page to drop it to only $24.99 Prime shipped. That’s $5 off the regular sale price and the lowest we can find.

It can extend your network to get to hard to reach areas and it has 2.4 and 5.0 GHz bands with speeds up to 750Mbps. It also has a Gigabit Ethernet port and it’s rated 3.9/5 stars by 950 Amazon shoppers.

It’s time to upgrade your setup to a 4K display. You’ve been holding out for one reason or another, but today’s the day. Adorama’s eBay Storefront has the Dell 27-inch 4K LED Monitor (model P2715Q) on sale for $449.99 shipped. That’s good for 36% off the original price and $40-$100 less than most online retailers including Amazon.

Why am I so hyped about this monitor? It’s the one that I use every day. The 27-inch display gives plenty of room to work with a 3840 x 2160 resolution. I personally have it in portrait orientation to save a little desk space, which is particularly handy for stacking windows together. It’s loaded with features as well, including DisplayPort 1.2 and multiple USB 3.0 ports (including one powered). Rated 4.1/5 stars by over 550 Amazon customers.