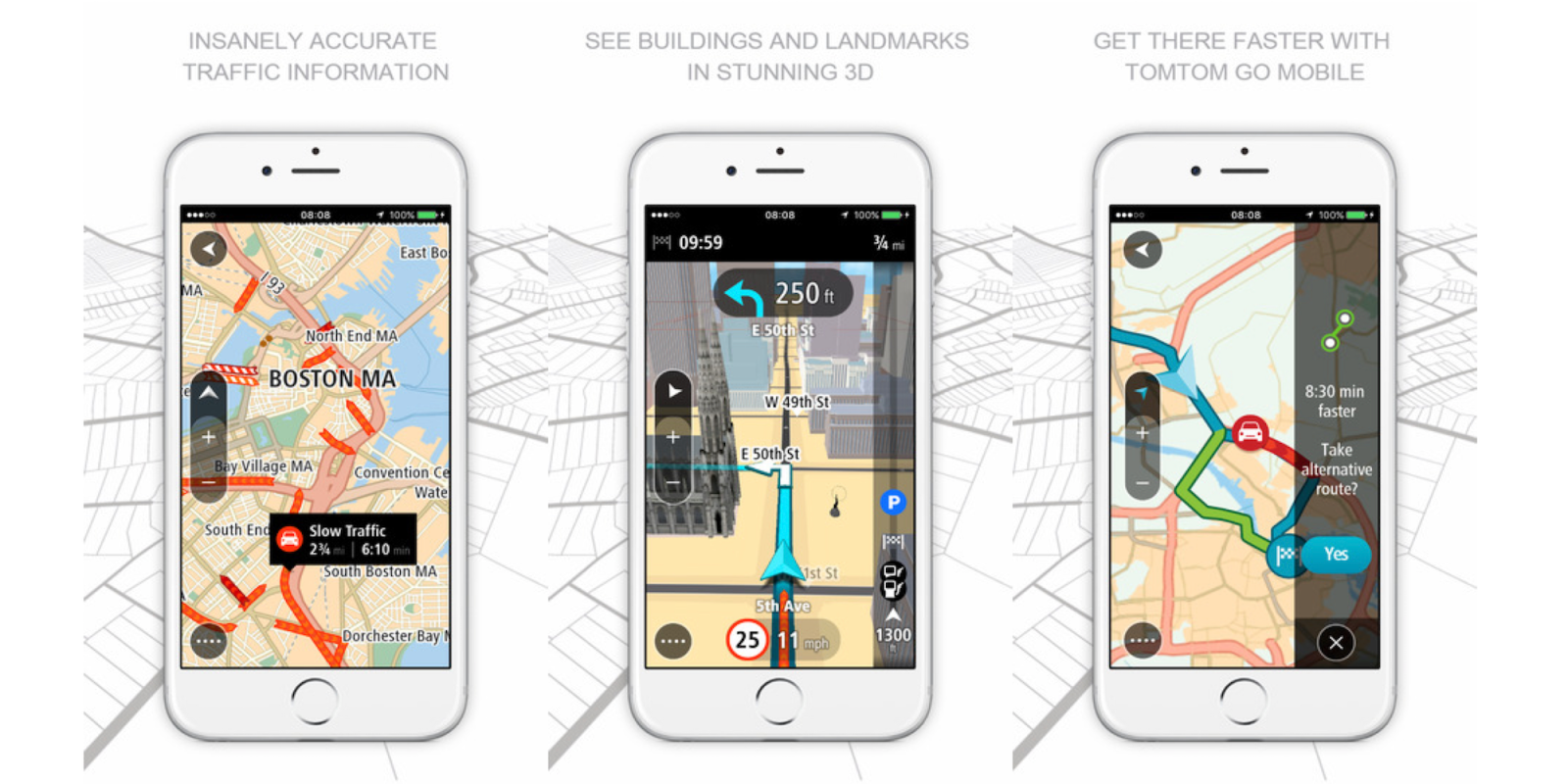 TomTom used to have a handful of paid apps, each specific to a region. The app covering just the U.S., for example, was $45. But today it’s making its premium navigation services free for iPhone users everywhere for the first 50 miles or 75km of use. The new freemium model comes as the company consolidates its TomTom apps for each region under a new, redesigned app simply called TomTom Go Mobile.

END_OF_DOCUMENT_TOKEN_TO_BE_REPLACED

Makers of the popular Camera+ app, a $3 third-party photography app for iPhone with around 14 million users, today launched its first free version in an attempt to attract even more users to the platform.

Dubbed simply “Camera+ Free,” the app’s creator gave us the rundown on the free experience, noting that it offers the same experience as the paid app minus some of the more advanced features like manual shooting controls and the app’s “The Lab” editing suite. Instead, the free app offers up focus, exposure and macro shooting settings, scene modes including clarity, and 3 free filter packs. Beyond that, users will be able to add-on some of the more advanced features to the free version using in-app purchases, allowing them to essentially unlock the full experience of the paid app.

We want to get the app out to as many people as possible. We currently have 14 million users, but we’d love to see more people using and falling in love with our app. We think by offering people a free version, more people who typically don’t pay for apps will give it a try. If they like it then they may buy some in-apps or just spread the word about our app. – Camera+ cofounder Lisa Bettany

The free version of the Camera+ app is available on the App Store now.

Update: The Pebble Time is now available to purchase from Best Buy and is coming to Target next month.

Pebble has a long-time friendship with Best Buy, and now the smartwatch maker is launching the first widespread availability of its new Pebble Time through the retailer. Available for $200, the standard 22mm non-steel version of the watch is now available for consumers to put their claim on red, black, and white models.

While the Kickstarter Edition just recently began shipping to those who backed the watch, those just now realizing that they would actually like a smartwatch that has a color e-paper display, more than 5 days of battery life, and cross-platform compatibility are in luck:

We recently reviewed the Pebble Time, saying that while it does have its upsides, it still feels stuck in the past compared to the currently-available Android Wear devices and the Apple Watch. Long battery life is nice, but the lack of a touch screen and sketchy compatibility with iOS hold the device back—especially at this price point.

DJI making ‘org changes’ due to Covid-19 economic crisis, not closing US operations

Rovio has dropped a brand new update for Angry Birds today that brings a host of new levels as well as some interesting new gameplay mechanics to the “#1 IPHONE PAID GAME in more countries than we can count!”

The all new Red’s Mighty Feathers episode will bring players through 15 new challenging stages and introduce moving targets. This time, the wave after wave of Bad Piggies will be coming at you in 72 different flying contraptions (seen in the video above) that add a new level of nuance to that classic’s already addictive gameplay. On top of that, Red will also be coming with some new powers given to him “from the Mighty Eagle himself.” These new powers allow for an extreme amount of accuracy allowing the player to briefly pause in air and aim, similar to Chuck the yellow bird. Head below to check out today’s iOS deals and freebies as well as some past deals that are still alive:

You can pick up the Angry Birds: Red’s Mighty Feathers update for iOS here and the Mac version here.

A fresh update to Angry Birds is now available for iOS and Android! Red gets his very own episode featuring new “Egg Defender” gameplay, combining Angry Birds and Bad Piggies in a frenzy of bird flinging and crazy pig contraptions!

$20 PlayStation Network Card and 3-Month PlayStation Plus Subscription Bundle for just $28 (Reg. $38).  A great deal considering that this membership will carryover to PS4.  You can grab Battlefield 3 among others on PSN for free with a PS Plus membership starting today. END_OF_DOCUMENT_TOKEN_TO_BE_REPLACED Update: Today only, Amazon has Borderlands 2 & Season Pass for only $25 (PC)

Mac gaming aficionados Aspyr Media is releasing a much anticipated update to its Borderlands 2 Mac App Store title. Starting today, users will be able to install version 1.3.2 to get access to Mac vs Mac co-op multiplayer through Game Center, as well as 5 new downloadable content packs available via in-app purchase that include the 5th playable character– The Mechromancer.

To celebrate the update, Aspyr is currently offering Borderlands 2 for 50% off the Mac App Store, allowing Mac users to grab the game for $29.99 (Regular $59.99) for a limited time.

You can check out our interview with Aspyr execs on the future of Mac gaming here. END_OF_DOCUMENT_TOKEN_TO_BE_REPLACED